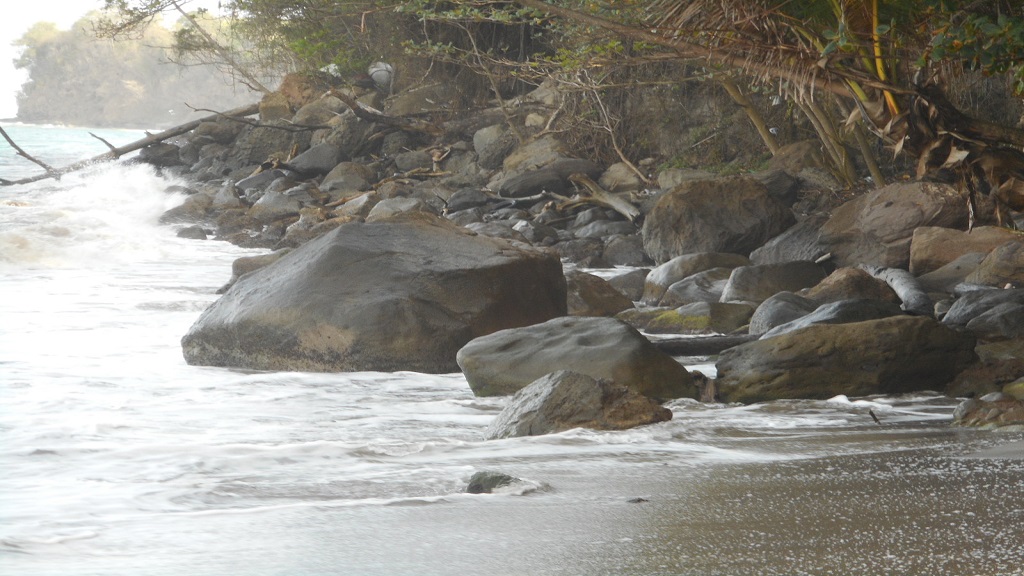 The affected beach, located in the village of Choiseul

The rapid erosion of a section of the beach in Choiseul is of concern to residents, but fishers say it’s a cost they have to endure for now until a permanent solution is obtained to deal with a problem they experience at the fishing pond.

Their problem is being able to pass through the entrance of the pond where sand constantly accumulates causing extensive damage to their boats which stick in it. On numerous occasions, the fishers are forced to get out of their boats and push it through the murky waters to get into the pond, which was constructed about 10 years ago, as part of the fisheries complex.

Although sand mining no longer takes place on that section of the beach, which has now lost its beauty, the desilting work which is taking place at the pond on a daily basis to keep its entrance clear, is impacting on the beach nearby. 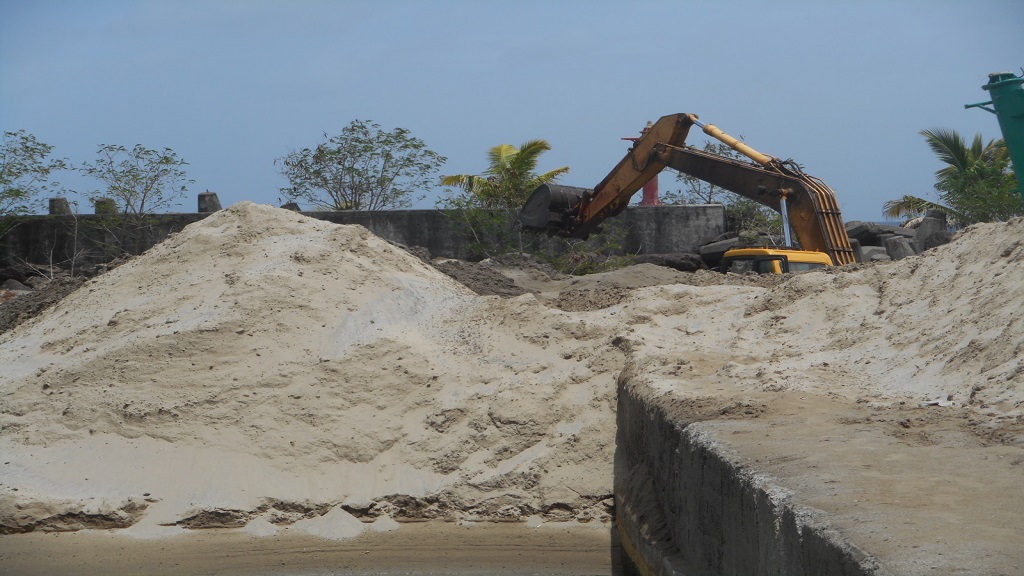 Desilting of the entrance of the pond

The affected beach, located in the village of Choiseul, is in a terrible state and is now an eyesore in the community. Large rocks are now exposed on the beach, which is eroding at such a rapid rate that it is threatening the safety of persons living along a section of the road in the village.

Both administrations have been accused of doing nothing to address the problem, which they have been constantly called upon to do by residents.

Romanus “Reby” Alcee, a resident of the community, who has recently been very vocal about the problem, recalled that a few years ago, he used to go to the beach regularly because of its beauty.

“My friend was almost in tears when he saw the state of the beach where he once enjoyed visiting,” Alcee added.

According to him, he has spoken to several persons in authority, including the chairman of the Choiseul/ Saltibus Constitution Council, Brian Charles, to try to address the problem, but to no avail.

“It’s heartbreaking… No one seems concern about the condition of our beach,” he lamented.

He said with the damaging effects of climate change, if the problem is not given immediate attention, the situation can turn out to be a disaster.

Alcee said he is not satisfied with the manner the de-silting is done at the pond because it seems it’s done in a way just to facilitate the creation of a business for the person doing the de-silting.

He is now calling on the district representative of the community, Hon. Bradly Felix to intervene in the matter.

Commenting on the situation, chairman of the Choiseul/Saltibus Constituency Council, Brian Charles, said it’s over five years since he has been expressing concern about the degradation of the beach but at that time no one seemed to care about its condition.

He added that it’s strange that all of a sudden people seem concerned about the condition of the beach.

A fisher of the community said: “I am aware that the beach is being eroded, but at the same time the pond needs to be desilted in order for us to get our boats out at sea.”

Choiseul fishers look towards youth as future of industry