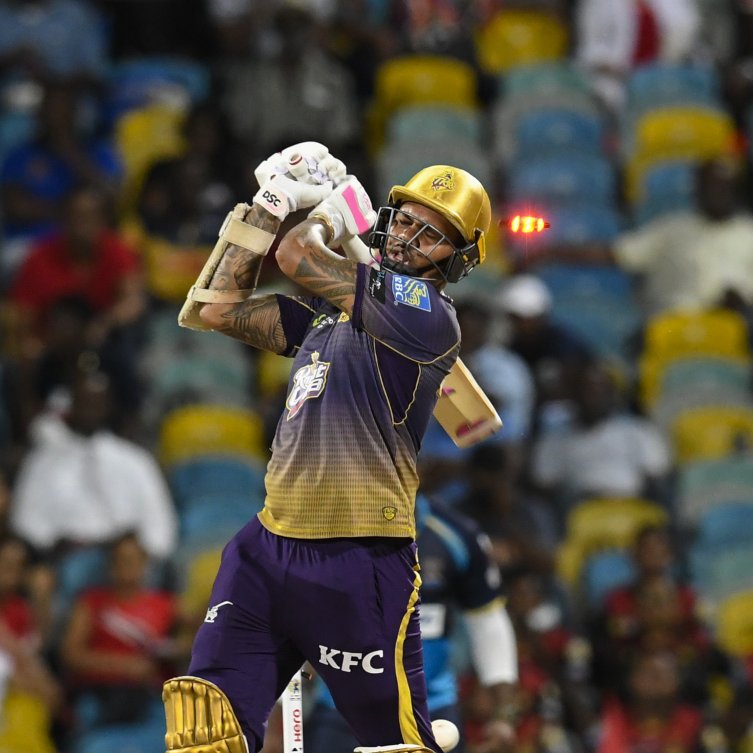 Sunil Narine returned to action against the Barbados Tridents on Thursday night, but could not prevent the defending champions from falling to defeat

Chris Jordan could play his first game for the Trinbago Knight Riders against the Guyana Amazon Warriors on Monday at the Queen’s Park Oval in the 2019 Hero Caribbean Premier League (CPL).

Jordan was signed this week as a replacement for fast bowler Mohammad Hasnain, who has returned to Pakistan for domestic and international commitments.

With the Knight Riders on a three-match winless run, Jordan may be the answer to their lack of penetration in the opening and late overs.

USA’s Ali Khan has struggled in the 2019 tournament after missing the first match with an injury and the loss of Hasnain has left the door open for Jordan.

The Knight Riders are currently second in the CPL, having won four of their seven games, but are winless in the past three matches.

A top-two place will see them reach Qualifier 1, which will earn them direct entry to the Final.

The Knight Riders were soundly beaten by the Barbados Tridents by 63 runs on Thursday night at Kensington Oval.

Barbados-born Jordan has played eight Tests, 31 ODIs and 39 T20Is for England, picking up 111 international wickets in those matches.

He has played T20 cricket in the T20 Blast in the UK, the Big Bash in Australia, the Pakistan Super League and the Indian Premier League.

Jordan played in a one-off T20I against Pakistan in Cardiff, his only involvement with England during the summer.

Domestically, he played nine times in the Blast for Sussex Sharks, taking 10 wickets at 30.40.