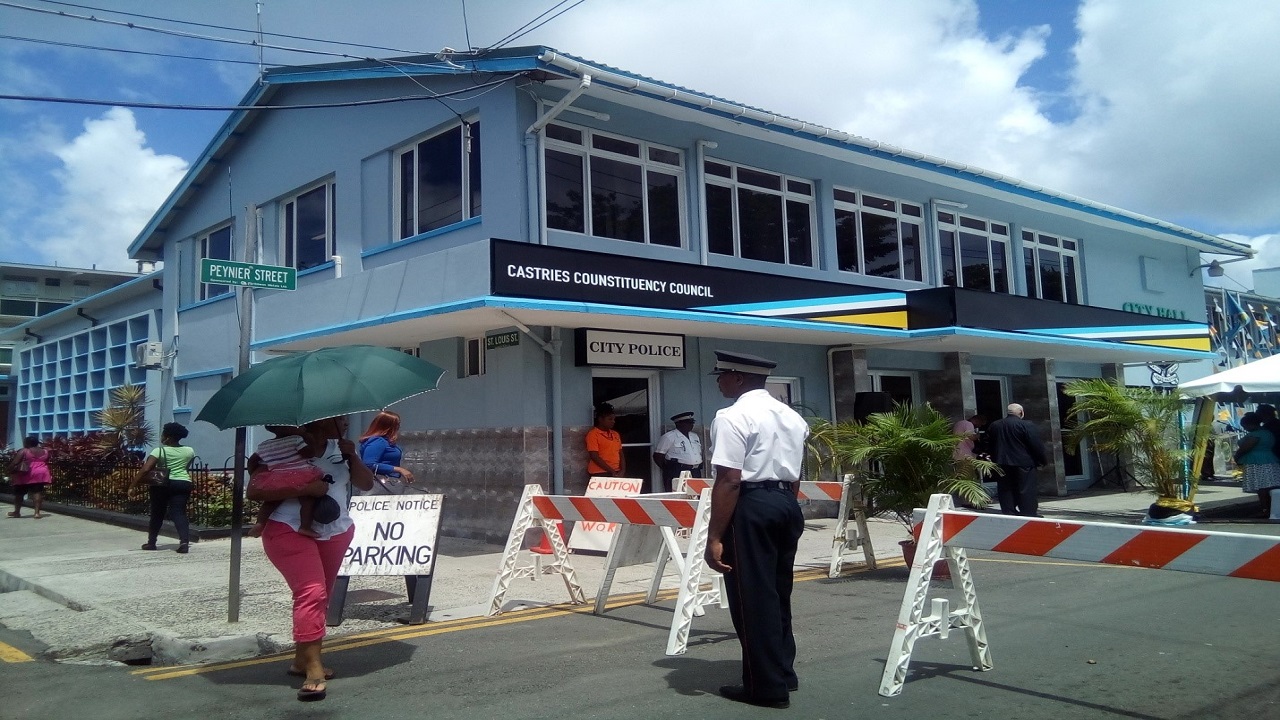 Months after undergoing major refurbishment work to eradicate termites and mould infestation and to restore it from dilapidation, the traditional building that housed the office of the mayor of the City of Castries was today re-opened to the public.

The ceremony to mark the re-opening and the 50th anniversary of the elevation of Castries to a city in 1967 was held in grand style with Her Excellence Dame Pearlette Louisy, Governor-General of St. Lucia in attendance along with Prime Minister Allen Chastanet and other Ministers of Government.

But the day belonged to Mayor Peterson Francis who said that it was the dawn of a new day, a new chapter in the story of Castries one in which the city’s spirit, body and soul is preserved.

“It is also a day we raise the bar, set the standards and begin a challenging journey to realizing the developmental goals of the office of the mayor and Castries Constituency Council, legally engaged to the Ministry of Local Government and married to the plans of the Government of St. Lucia,” Francis said.

Almost a year since assuming the office of mayor, Francis has been engaged in numerous endeavours aimed at improving conditions within the city such as its beauty, security of visitors and citizens alike and curbing crime.

His efforts have gotten him accolades from all strata of the society, credits which he gives to his councilors and staff of the Council.

“I can’t take all the credit but please help me salute all my team members with a round of applause,” he told the gathering at the re-opening and launch of the city’s 50th anniversary.

Mayor Francis, since his time in office, has expressed his love for the City of Castries which he said has always been a traditional city, rich in history.

“When we look back and we ponder, can we say that we have preserved its history, or its spirit, body and soul? Have we made any effort to feed the economy with that rich history that lives in the city?” he asked of the gathering.

“It is for this reason,” he added, “that we will soon launch city tours, promote our city and historical sites, particularly for cruise passengers.

Castries, Francis said, must change but must do so radically in ways that find new expressions in its spirit, body and soul.

“The country and the world may change in ways that baffles us, but the change in Castries must see true character,” he added.

Student tourists robbed within hours of arriving in Castries