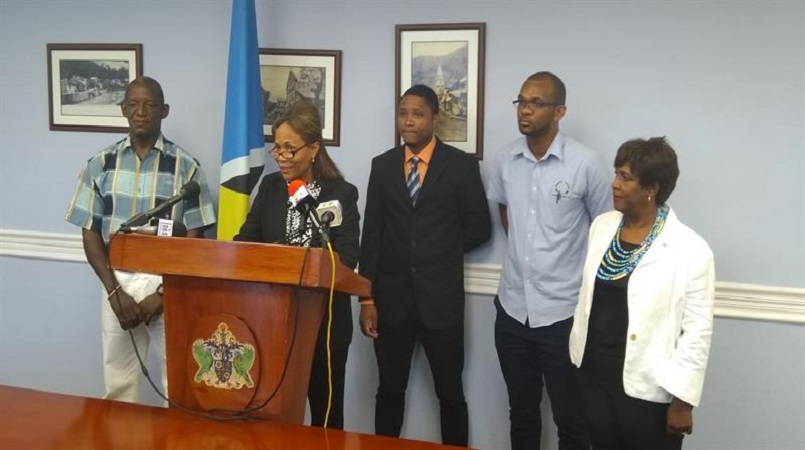 The highly-anticipated celebration of Saint Lucia’s 40th Anniversary of Independence took place at the Office of the Prime Minister on Monday, Nov. 26.

The official launch will coincide with the Festival of Lights and Lantern Parade celebrations and will kick off a year-long calendar of events, from Dec. 12 – 19.

Mrs. McIntyre, said: “We are delighted to announce that the two major events which will be the highlights of the 40th anniversary in February, will include an open-air concert in the city of Castries highlighting several genres of music including folk, creole, calypso and soca; and a national parade.”

Mrs. Sifflet said: “During these major events, the public will be treated to an extraordinary showcase of the Best of Saint Lucia, on Feb. 21 and 22, in addition to other amazing events throughout the year.” She added that preparations are already underway and invited interested persons to contact the committee.

In his presentation, Mr. Odlum, Coordinator of the Independence Committee, emphasized the spirit of togetherness and unity which the celebrations signified, and encouraged all citizens to fully participate in the activities.

The committee is also intent on ensuring that all communities participate, and has developed various events to suit individual tastes to make this a reality.

“Among the many events, we are excited to host the Strides of Unity (Baton Walk/Run) in which a symbolic baton will be transported by young sports persons around the island, from the Governor General’s residence and back,” said President of the Youth Council, Mr. Jeshurun Andrews. He said the event is aimed at unifying communities and the youth who are an integral part of the development of Saint Lucia.

Of late, the Independence Planning Committee has been encouraged by the number of groups that are already reaching out to be part of the 40th Independence celebrations. For details on the full calendar of events and participation in the activities, contact independenceslu40@gmail.com