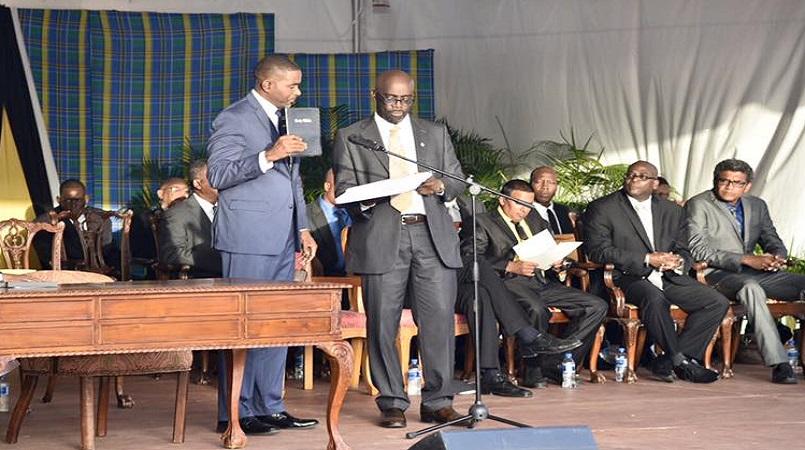 As debate rages over whether Ubaldus Raymond should continue in the employ of the government as the Public Service Minister and Senator, head of the Catholic Church in Saint Lucia, Archbishop Robert Rivas has called for leaders in the country to be held to a higher standard than those they lead.

“Every leader should be held to a higher standard in whatever level of society we operate, whether we are teachers, priests, bishops or at the level of politics, parliament, civil leaders, everybody has to have a standard,” the Archbishop said.

Rivas told reporters Tuesday that, “everybody should be open to criticism" and that, “a real leader should never be afraid of criticism.” “You should always be open to it, open to discussion, open to questions and open to building a better world."

The Archbishop's remarks about leaders in the society came in the wake of media reports that Raymond had resigned as Minister of the Public Service and as a Senator, a resignation Prime Minister Allen Chastanet has since debunked. 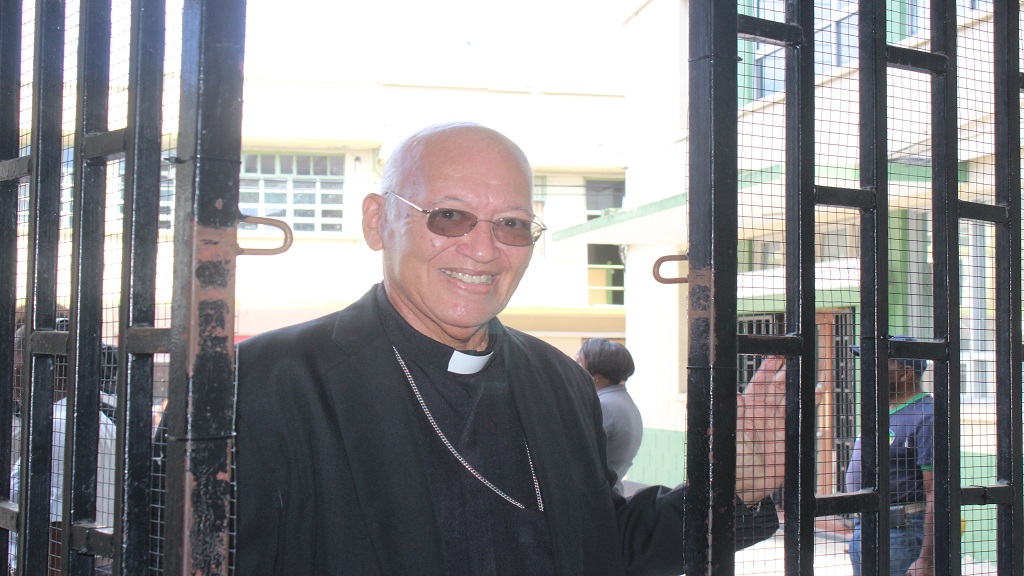 But it seems that the prime minister’s words are not having the effect he may have liked them to have as callers to midday talk shows say they are more confused than ever and want a better explanation about the Ubaldus Raymond matter than what was revealed Tuesday by Chastanet.

News of the Minister’s resignation surfaced last Friday afternoon and by nightfall was the big story on social media, old media and new media.

The salacious conversation was on the social media WhatsApp platform and has since gone viral. Government had remained tight-lipped about the resignation over the weekend and into Monday. The resignation continued to be the top news item even then, threatening to remain that way for some time.

This is not the first time Minister Raymond has found himself in that type of a social media firestorm. He fought a similar controversy last year with two women in their late teens, in which he said they sought to blackmail him over nude photos and texts that were all over social media.

That matter created a controversy that generated much public resentment against Raymond and the government with Chastanet coming under unrelenting pressure to fire Raymond, who at the time was Minister for Finance. That matter after a while fizzled out due to the charges being withdrawn and Raymond claiming to have forgiven the women for attempting to blackmail him.

Raymond has yet to be seen since the news of his resignation surfaced and the unfolding of the social media recordings alleging that the male in the audio is him.

Several government ministers declined to comment on the matter when approached by reporters, however, persistent questioning Tuesday by them of the ministers, as they made their way into the parliament building for the Fourth Session of the Eleventh Parliament, finally paid off when Prime Minister Chastanet, who at first declined to comment on the resignation, gave in and said there is an investigation into the events that may have prompted reports of Raymond’s resignation.

“That’s why I’d rather not comment on it,” Chastanet said, speaking of the investigation and allegations surrounding Raymond’s resignation.

“Certainly, when I have all the facts, I will be very happy to be able to do that (speak on the matter),” Chastanet said.

Responding to the question whether he had asked Raymond to resign Chastanet said, “that’s not true.”

To the question: "So, the news reports that he had resigned are incorrect?" Chastanet's response was, “Correct”.

Meanwhile, Infrastructure Minister Stephenson King said that generally, if a member of the Cabinet of Ministers is compromised by way of integrity, ability, capability of performance and commitment to national service and national development, then the prime minister can review that minister’s appointment to the Cabinet of Ministers and determine whether that member can continue to serve.

“But also, there is a responsibility on the part of the member to determine am I fit to continue. And that is a conscious decision to be made as to his ability to continue,” King said.