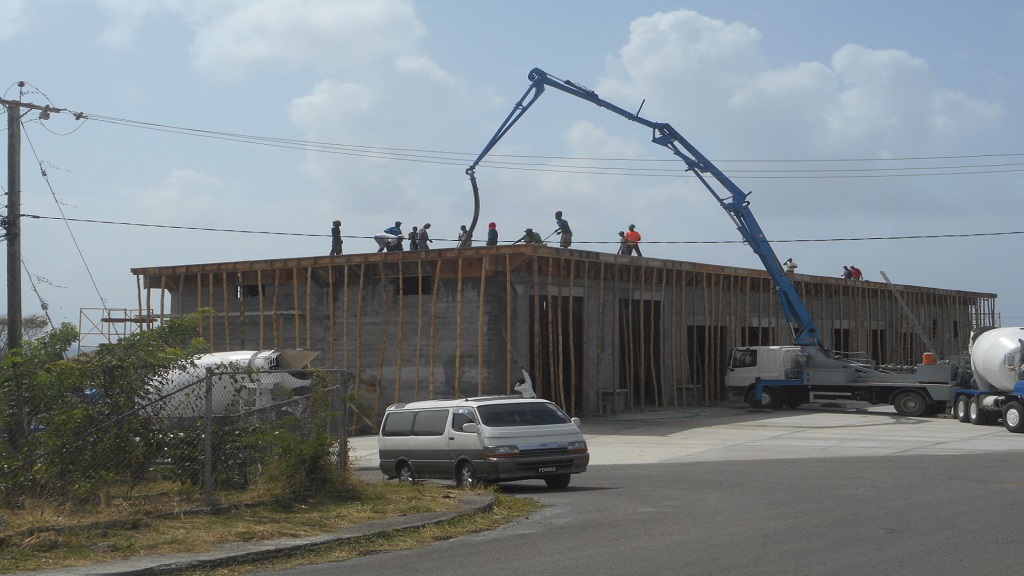 The incident occurred on top of this building

A construction worker of Castries died on a building site in Vieux-Fort, today, Wednesday, February 19, 2020.

The man, who has been identified as Junior and is believed to be in his 40s, died while casting on top of a building at the Vieux-Fort Industrial Estate.

Workers at the site say the deceased complained of feeling unwell before he got to the site.

Michael Ishmael, with whom Junior had travelled from Castries to work, said: “While on the way to work, Junior told me that he was not feeling well. Sometimes he was holding his stomach.”

He added that when they got near the St Jude Hospital, he advised him to see a doctor, but he refused to and said that he would buy something at Massy Stores in Vieux-Fort for the pain.

According to Ishmael, after working for about 10 minutes, Junior was seen holding his stomach and fell to the concrete floor.

Acting Station Officer at the Vieux-Fort Fire Station and Emergency Medical Service (EMS) Coordinator for the south, Irenus Henry said that they received a call about 9.16 am informing them that someone had collapsed on a decking. He said they immediately proceeded to the scene, and upon arrival, they assessed the patient and realised he had no pulse.

According to Henry, they then performed CPR on him and later transferred him to the hospital.

Female driver survives after vehicle rolls over in Vieux Fort