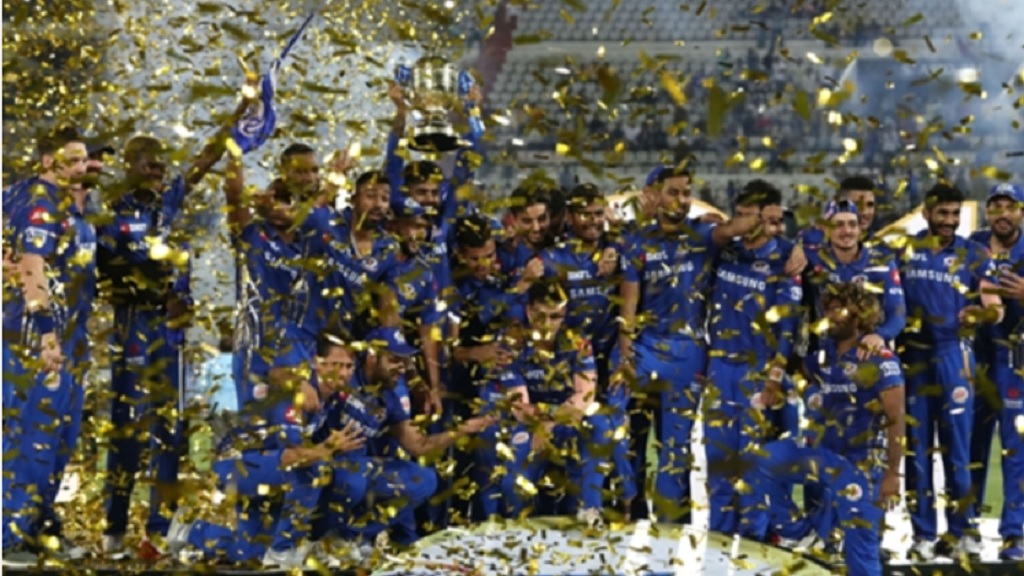 Mumbai Indians celebrate after their triumph in 2019.

The 2020 Indian Premier League (IPL) season has been suspended until further notice due to the coronavirus pandemic.

A statement from the Board of Control for Cricket in India (BCCI) confirmed the decision on Thursday, with the governing body adding the campaign will only commence "when it is safe and appropriate to do so".

The latest edition of the Twenty20 tournament was due to begin on March 29, only to be postponed as the country was placed under a travel ban for all international flights until April 14.

India's prime minister Narendra Modi extended the national lockdown to May 3 earlier this week, leading to the BCCI announcing a further delay in proceedings.

"Due to the evolving global health concerns regarding COVID-19 and lockdown measures implemented by the government of India to contain the spread of the pandemic, the IPL governing council of the BCCI has decided that the IPL 2020 season will be suspended till further notice," the BCCI said.

The health and safety of the nation and everyone involved in our great sport remain our top priority and as such, the BCCI along with the franchise owners, broadcaster, sponsors and all the stakeholders acknowledge that the IPL 2020 season will only commence when it is safe and appropriate to do so.

"The BCCI will continue to monitor and review the situation regarding a potential start date in close partnership with all of its stakeholders and will continue to take guidance from the government of India, state governments and other state regulatory bodies."

Media reports in India had suggested organisers may look to shift the entire season to October and November instead.

However, such a move could only be made if the International Cricket Council cancels the Twenty20 World Cup, which is due to take place at a similar time in Australia.