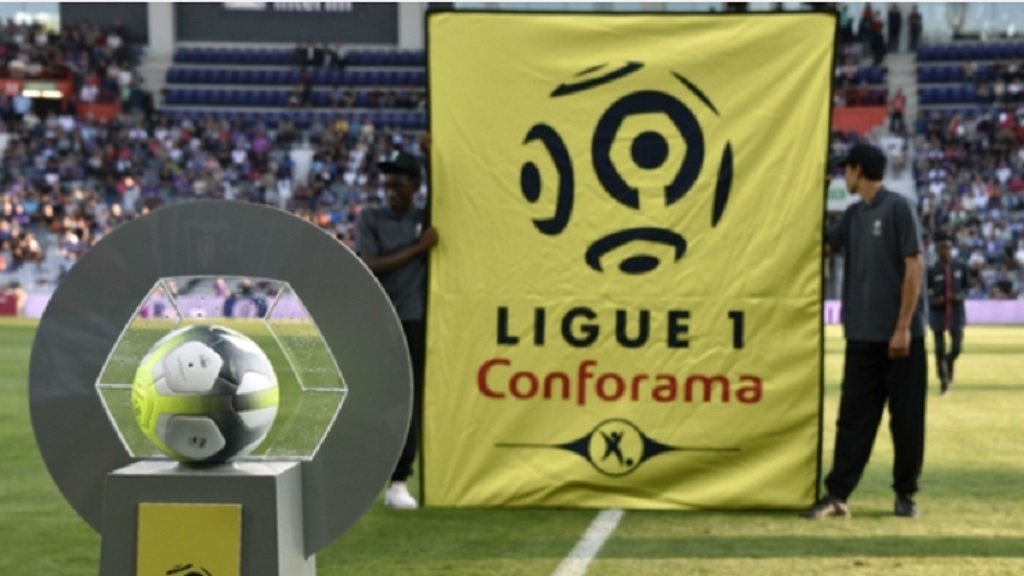 A Ligue 1 banner before match time.

Ligue de Football Professionnel (LFP) revealed its plans to resume the 2019-20 Ligue 1 and Ligue 2 seasons on June 17 and complete the campaigns by July 25.

Ligue 1 and Ligue 2 were suspended indefinitely on March 13 due to the coronavirus pandemic, with France on a nationwide lockdown until at least May 11.

The LFP provided an update on the situation, with French football's governing body that runs the major professional leagues in the country awaiting a final decision on whether fixtures will be played behind closed doors.

"The LFP is now awaiting the deconfinement procedures that the government will announce at the end of April, and in particular the conditions under which the matches could be played behind closed doors.

"The LFP is also awaiting UEFA's recommendations, which will be presented to its executive committee on April 23, as well as the Champions League match calendar.

"Last but not least, the LFP asked the medical commission of the FFF [France football federation] and the representative of the doctors on the board of directors of the LFP to develop a health and medical protocol for resuming training.

"Since the start of this crisis, the LFP and all the players in football have placed health as the top priority.

"In this context, the LFP has always scrupulously followed the instructions of the government, and works in collaboration with the Ministry of Sports and the Ministry of the Interior to study the best conditions of the recovery guaranteeing first of all the health of all the actors as well that sports equity and the economic sustainability of professional football."

Reigning champions Paris Saint-Germain (PSG) topped Ligue 1 by 12 points at the time of the postponement, having played 27 games – one match less than their rivals – while Toulouse and Amiens were in the relegation places.

In Ligue 2, Lorient and Lens occupied the two automatic promotion spots, ahead of Ajaccio, Troyes and Clermont through 28 rounds.

Bundesliga aim to restart in May without fans hit by order