Coronavirus: Players cleared to return to training in Spain next week 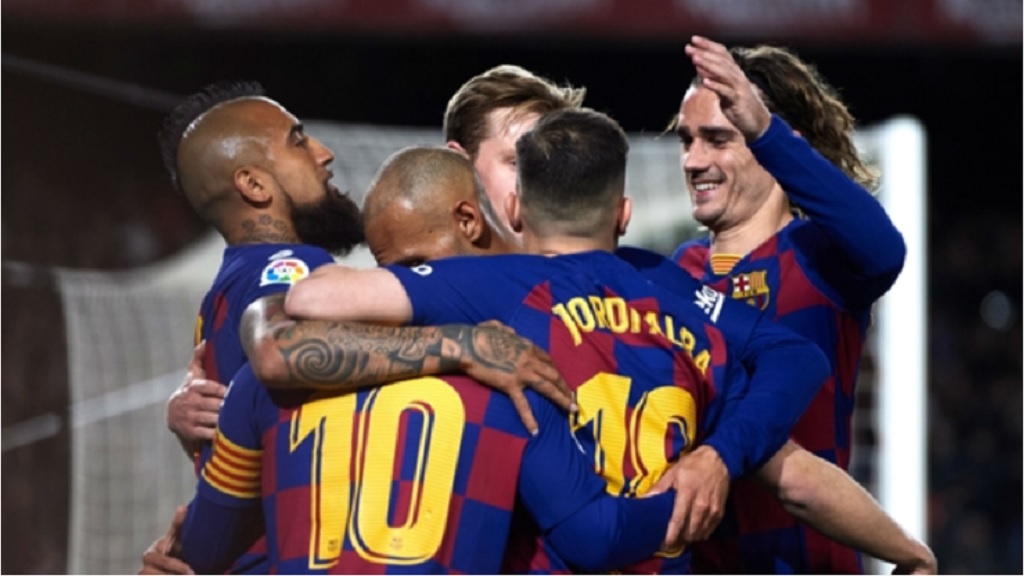 Spanish prime minister Pedro Sanchez says footballers will be able to return to individual training with their clubs from next Monday.

LaLiga's season was suspended indefinitely on March 23 due to the coronavirus crisis, with strict lockdown measures applied in Spain.

Those restrictions are being gradually eased and Sanchez on Tuesday announced players will be allowed to train on their own at club facilities from the start of next week.

The prime minister added group training sessions would not be allowed until May 18.

There was no word on when the season might be able to resume, with a potential June return talked of despite warnings from the likes of FIFA's medical chief Michel D'Hooghe that there should be no matches until late August or September.

Sanchez revealed that four phases for the easing of restrictions have been agreed by minister counsels, subject to developments.

He said: "The first phase, or phase 0, is the phase of preparation for the transition period where we are currently are.

"Within the phase one or initial phase, depending on some factors, the beginning of some activities will be allowed.

"In the sports world, it is believed high training centres and intermediate training sessions for professional leagues can be opened.

"Therefore, we will be in the new normality by the end of June if we are able to control the evolving of the pandemic in every single territory."

France's Ligue 1 and Ligue 2 campaigns were ended on Tuesday when French prime minister Edouard Philippe announced that professional football will not be able to resume before September.

That followed the decisions to cancel the Eredivisie season last week and the domestic campaign in Argentina.

FIFA medical chief calls for all leagues to be cancelled

German football could resume on May 9