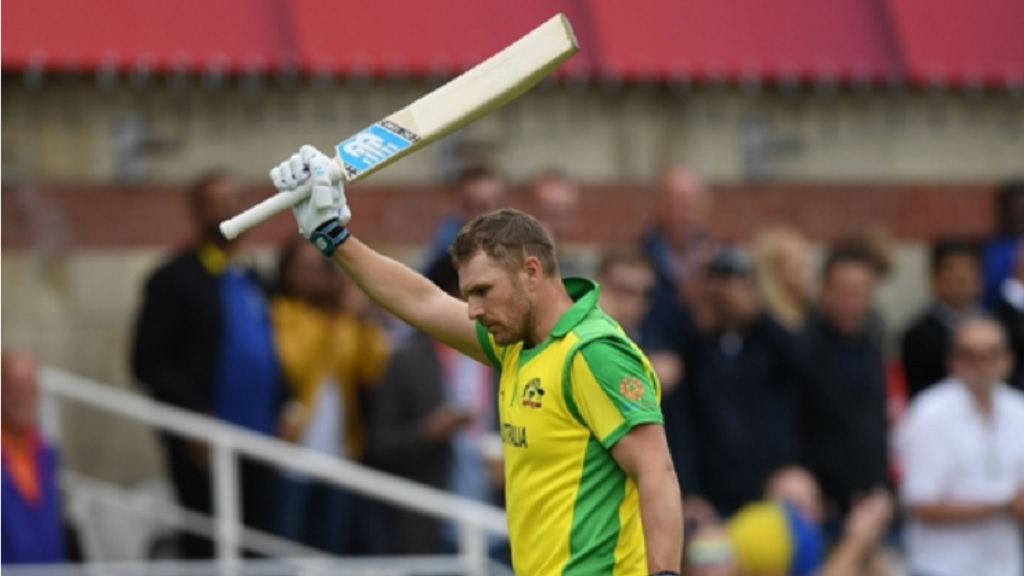 Australia captain Aaron Finch smashed the joint-highest score of the 2019 Cricket World Cup before the competition's leading wicket-taker Mitchell Starc returned 4-55 in an 87-run victory over Sri Lanka at The Oval on Saturday.

The defending champions moved top of the group-stage table and look assured of a semi-final berth following a fourth win in five, which always looked likely after they made 334-7 having been put in.

Finch did most of the damage with 153 - equalling both his ODI best and the highest score of this World Cup, made by England's Jason Roy - as he shared partnerships of 80 with David Warner (26) and 173 with Steve Smith (73).

Glenn Maxwell added a blistering unbeaten 46 off 25 balls but Australia slipped slightly from 272-2 in the 43rd over as Isuru Udana, who claimed 2-57, ran out Alex Carey and Pat Cummins with direct hits.

Dimuth Karunaratne (97) and Kusal Perera (52) put on 115 in 15.3 overs for the opening stand to give Sri Lanka hope, but they could not maintain that run rate and Australia took the final eight wickets for 61 to end their resistance.

Starc finished with 4-55, taking his tally for the World Cup to 13, four years after he claimed 22 - the joint-most of that tournament - while Kane Richardson returned 3-47, with Sri Lanka all out for 247 with four overs remaining.

Carry on Karunaratne after wasted review

Having slowed the Australia momentum, Sri Lanka started their innings with real intent, racing to 87 without loss in the powerplay, with Finch left to rue a costly review in the 10th over.

Richardson and Carey's belief that Kusal had nicked behind persuaded Finch to review, frivolously, as replays showed there was no edge.

That proved costly three overs later as there was no review available when Maxwell seemed to trap Karunaratne lbw. The decision was given not out on the field, despite replays suggesting the ball would have gone on to hit leg stump, and Karunaratne made the most of his reprieve to add another 47.

Sri Lanka needed their own skipper to replicate Finch's heroics but Karunaratne was unable to record a first ODI century, cutting to Maxwell off Richardson's bowling when three shy.

That left Sri Lanka 186-3 and Starc soon took charge with the ball, accounting for Milinda Siriwardana, Thisara Perera and Kusal Mendis in the space of six deliveries across two overs.

Four years ago, Starc was key in Australia's run to glory and the left-armer is once again thriving as the frontline bowler.