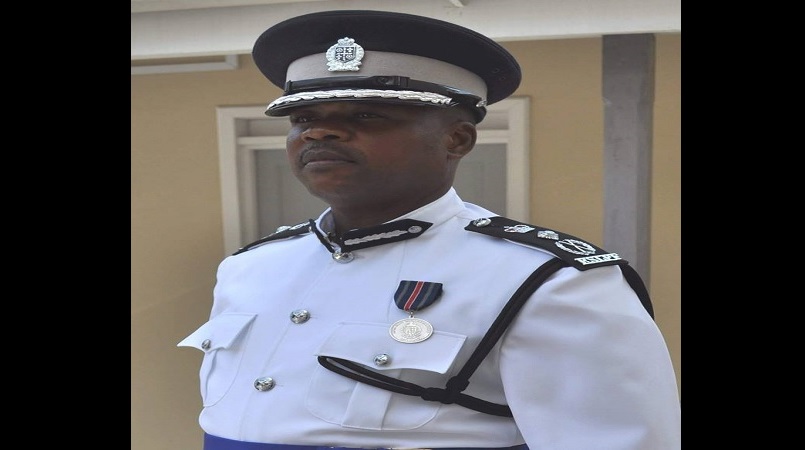 Have criminals declared war on the police force and the citizens of the country?

Police Chief Severin Monchery thinks so and promises to push back even harder against the criminals, whom within a week or less have pushed the country’s homicide count to 41 so far for the year.

Speaking to reporters earlier today at the prime minister’s office, Monchery admitted that the police force was unable – after reviewing its plans and strategies – to meet some of its intended targets for the year. He also spoke of the police force putting in new plans and new strategies, to combat criminal activities on all fronts.

Monchery claimed that the new strategies will be “more head-on, more aggressive and more targeted.”

“From all indications, it would appear that you have declared war on our citizens and by extension the Royal Saint Lucia Police Force (RSLPF). All I will say to you is that the RSLPF will continue to ensure the safety and security of Saint Lucians and in doing so will defend them fully,” Monchery said.

Pointing to the island’s Criminal Code and the provisions contained therein dealing with the amount of force police could use in different situations, Monchery warned criminals that should they create the atmosphere and the situation for force to be used, then the police will surely use force where necessary, even the highest level provided for in the Criminal Code.

The Police Chief’s warning was not directed simply at hooligans and the common criminal but at everyone in the country.

“The time has come where we have to deal with not only crimes on the streets and in the ghettos but across Saint Lucia. Whether you are in high office, officer, politicians, pastor, teacher, priest, the law will apply to everyone,” Monchery said.

Of the 41 homicides to date, one involves a police officer. Out of that number, police have been able to deal with 17 of them by arresting and charging persons connected to those cases with murder. Those persons are now on remand awaiting trial at the Bordelais Correctional Facility. Police are hoping for further successes in the remaining 24 homicide cases before year end.

"Criminals are not your friends" - Moncherry to Law Enforcement

Coronavirus cases in the Caribbean to date: 68,326