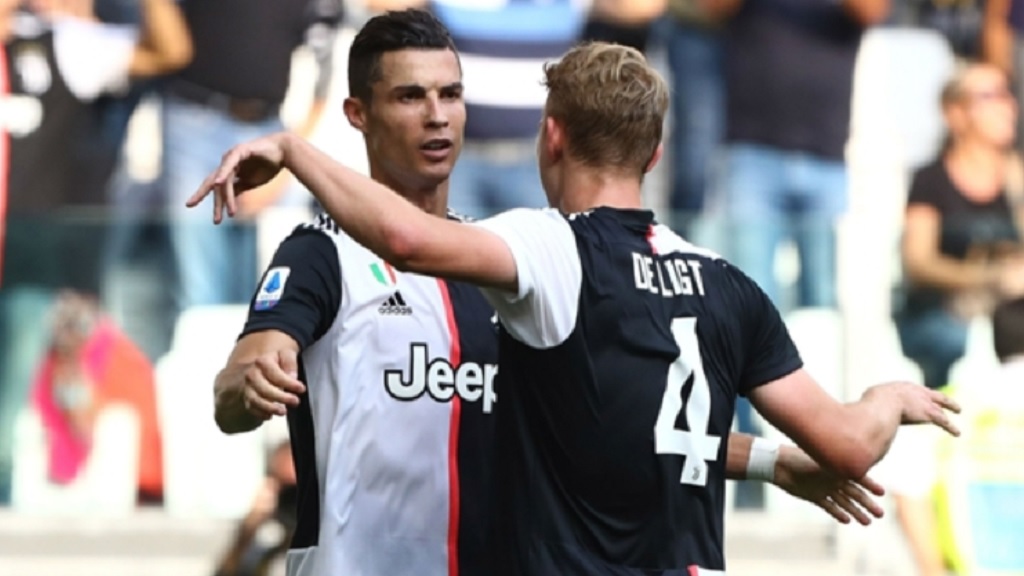 Cristiano Ronaldo is the "best of his generation" and an inspiration to young players, according to Juventus defender Matthijs de Ligt.

Portugal international Ronaldo is a five-time Ballon d'Or winner and is the all-time top scorer in the Champions League, a competition he has won on five occasions with Manchester United and Real Madrid.

However, in the eyes of many, Lionel Messi remains the finest player of this era, with the Barcelona great's record six Ballons d'Or adding value for those who argue in his favour.

Yet De Ligt would appear to side with Ronaldo's supporters in that debate, having been astounded by his brilliance since joining him at Juventus.

"Ronaldo is the best of his generation," the Netherlands international told Tuttosport.

"[He is] a huge example for young players. I always try to improve the way I play by watching him because even in training he has a crazy intensity and you wonder if he really is 35 years old."

De Ligt, 20, was Juventus' headline signing prior to this season when he moved in a €75million deal from Ajax.

The Bianconeri did plenty of other business in that window, though, including bringing back goalkeeper Gianluigi Buffon following his season with Paris-Saint Germain.

Now 42, Buffon has been another player who De Ligt has studied closely.

"The point is that if you see him playing you would say he is 30. He is a top guy and always available with me. I'm learning a lot from him."

Juventus are seeking their ninth straight Serie A title this season and currently have a one-point lead over Lazio, with the campaign due to resume later this month following the coronavirus-enforced break.

Ronaldo the best I coached but partying caused me problems - Capello