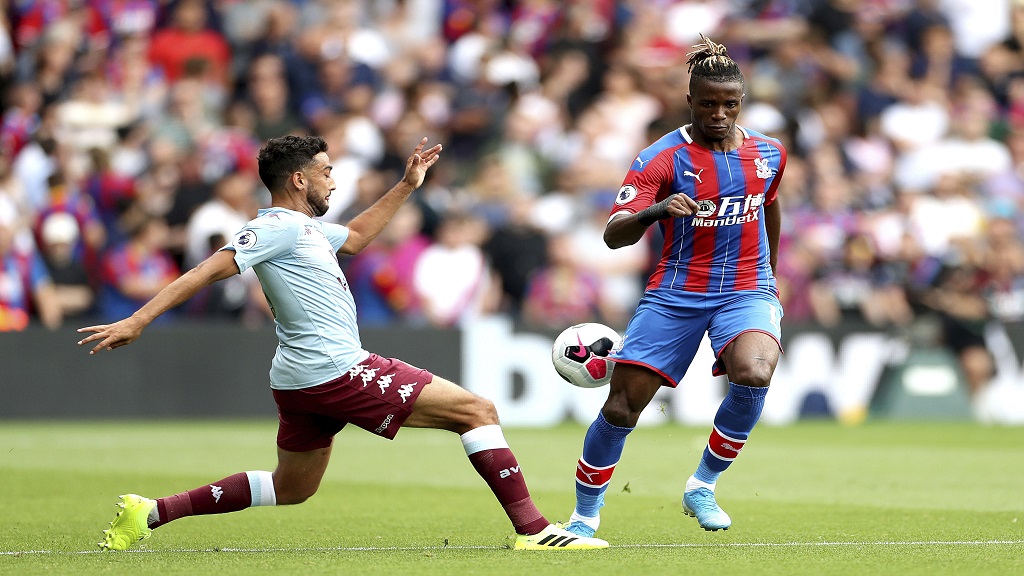 A 10-man Aston Villa had a last-gasp equalizer ruled out as Crystal Palace won 1-0 to secure consecutive English Premier League victories on Saturday.

Jordan Ayew scored against his old side.

After securing a rare victory at Manchester United last weekend, the Eagles had just about enough against a Villa side which played a man short for more than a half-hour following the sending off of Trezeguet.

Ayew's goal came in the 73rd, collecting a pass from Jeffrey Schlupp before bundling past Tyrone Mings and Grealish and then finishing with aplomb.

Palace's chances of picking up the three points were boosted as Trezeguet was shown his second yellow card for upending Zaha on 54 minutes, having also been booked just before the interval.

The game ended in contentious fashion, Grealish galloping forward with the ball before hitting the deck on the edge of the Palace box. The Villa skipper did not appeal for a penalty and the ball broke for Lansbury to fire in, only for Friend to blow his whistle and show a yellow card to Grealish, who was incensed with the decision. The role of video review in the goal was not immediately clear.