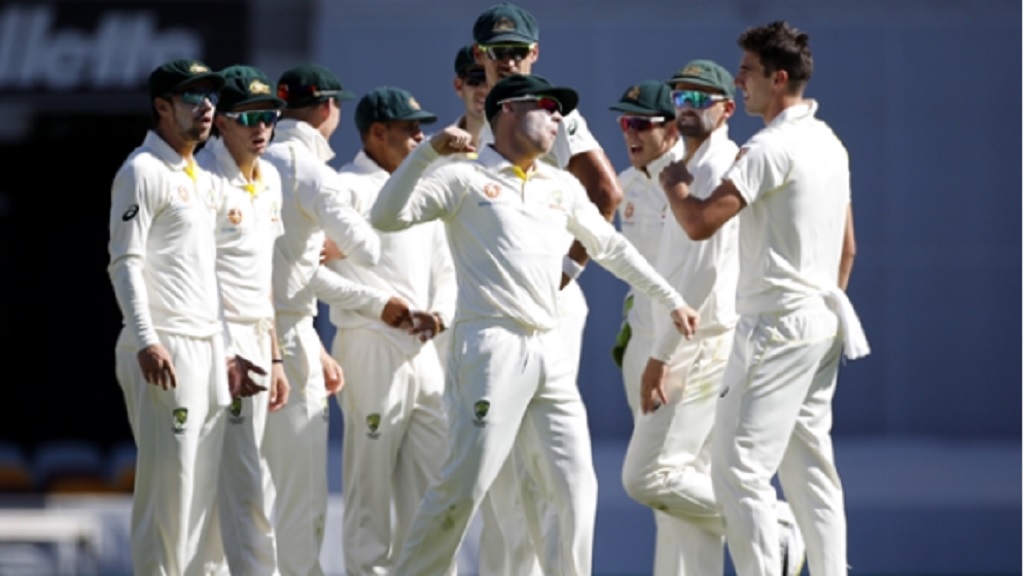 Pat Cummins starred with a 10-wicket Test haul as Australia thrashed Sri Lanka by an innings and 40 runs to win the series opener inside three days.

Cummins (6-23) ripped through the struggling tourists, who were bowled out for just 139 in their second innings at the Gabba on Saturday.

The paceman finished with 10 wickets in a Test for the first time in his career as Australia took a 1-0 lead in the two-match series.

Jhye Richardson (2-19) and Nathan Lyon (1-17) helped clean up Sri Lanka, who were all out during the second session.

Resuming at 17-1, Sri Lanka had no answers to Cummins early on Australia Day in Brisbane.

Cummins got one to bounce as Dinesh Chandimal (0) edged to Kurtis Patterson in the gully.

Kusal Mendis (1) was the next to go, looking to drive Cummins but only managing an edge to Joe Burns at second slip.

Even when not losing wickets, Sri Lanka were only surviving, making few inroads into the deficit.

Roshen Silva (3) was the next to edge Cummins to Burns, before Richardson bowled Dhananjaya de Silva (14).

The result was inevitable as Australia looked to close out victory, Lahiru Thirimanne (32) falling when he edged Cummins through to Tim Paine, the decision to give the opener out standing after a review.

Niroshan Dickwella (24) and Dilruwan Perera (9) were the next to go, the latter dismissed when Patterson took a spectacular diving catch to his right in the gully off Cummins.

Cummins became the first player to take a 10-wicket Test haul in Brisbane since Glenn McGrath in November 2000.

With Lahiru Kumara not batting due to a hamstring injury, Suranga Lakmal (24) was the final wicket, stumped by Paine off Lyon.

The second Test begins in Canberra on Friday.