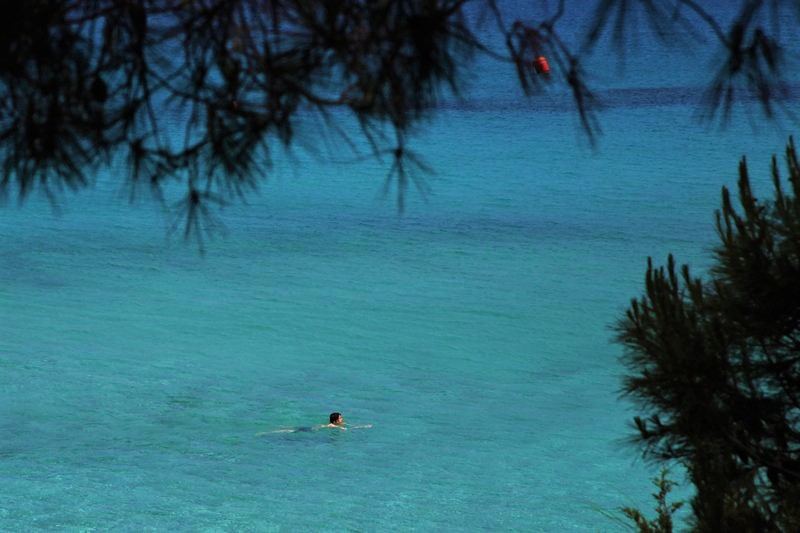 Sunday, May 10, 2020 photo, a lone swimmer wades through the clear waters of 'Konnos' beach in Ayia Napa, a seaside resort that's popular with tourists from Europe and beyond. (AP Photo/Petros Karadjias)

Cyprus' beleaguered tourism sector got some good news after the government announced on Friday that travellers from the UK will be allowed entry into the east Mediterranean island nation next month without having to undergo a compulsory 14-day quarantine.

But Health Minister Constantinos Ioannou said that depends on whether UK coronavirus infection rates stay at the current low ebb.

Ioannou said that as of August 1 Britain will be grouped with 14 other countries including France, Italy and Spain from which travellers will be required to obtain a health certificate declaring them coronavirus-free three days prior to boarding a flight.

"The decision will be implemented on the condition that the United Kingdom continues to post the same positive epidemiological results," Ioannou said after a cabinet meeting with a scientific advisory body.

Tourism officials say July appears to be a bust in terms of tourism, despite earlier hopes that holidaymakers would flock to Cyprus because of its minimal infection rate.

Tourism accounts for 13 percent of Cyprus' economy and officials say the aim remains to recoup 25-30 percent of tourist arrivals the country received in 2019.

Deputy Tourism Minister Savvas Perdios said setting a date for opening up Cyprus to UK holidaymakers was important for tour operators, airlines and other tourism-oriented businesses to start planning ahead.

A 14-quarantine period remains in effect for all travellers from Russia - another key tourism market for Cyprus. Perdios said there are hopes for reviving the Russian market later in the year.

"Unfortunately, it's a year where everything's in flux," said Perdios. "We are obligated...to show flexibility and understanding that whichever decision is taken could change in a few weeks."

Ioannou said there are plans for a fivefold increase in random COVID-19 testing of all arriving passengers at Cyprus' two airports at no extra cost to the government.

Currently, around 15 percent of arriving travellers are being tested.

Howls of protest as UK starts 14-day quarantine for arrivals