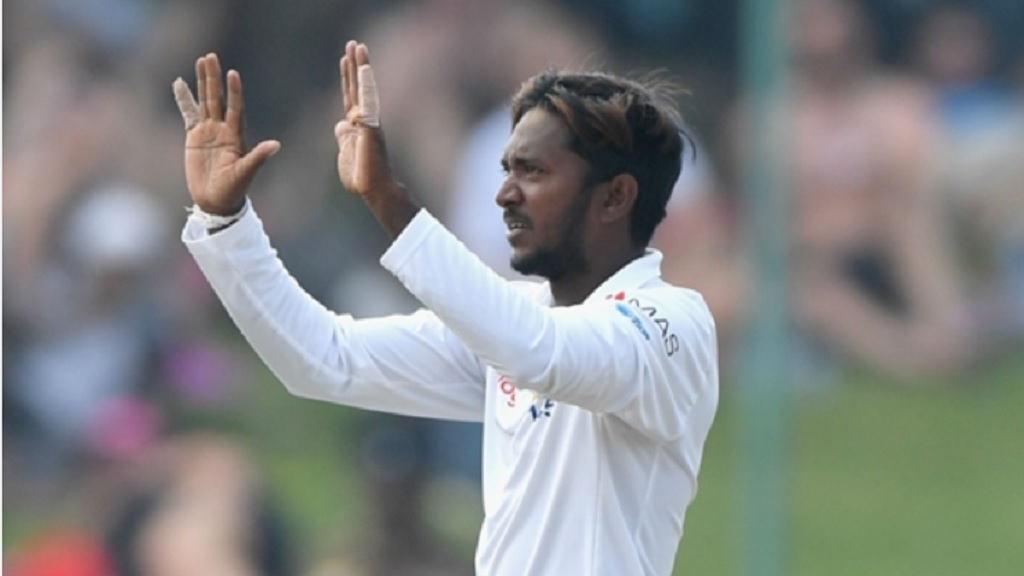 Sri Lanka spinner Akila Dananjaya took a five-for for the fourth time in six Tests only for Ross Taylor to provide some New Zealand resistance on the opening day of a rain-affected first Test in Galle.

New Zealand, back in action for the first time since their thrilling Super Over loss to England in the Cricket World Cup final a month ago, won the toss and looked comfortable on 64 without loss.

However, Tom Latham (30), Kane Williamson (0) and Jeet Raval (33) all fell in quick succession as Dananjaya spun his spell, the 25-year-old then returning before tea to account for Henry Nicholls (42) and BJ Watling (1).

Ross Taylor had moved on to an unbeaten 86 by the time a torrential downpour 7.4 overs into the final session ended the day's play prematurely with New Zealand 203-5.

Dananjaya made the breakthrough when Latham dangled his bat out and nicked behind and he had the prized wicket of Williamson three balls later, the New Zealand captain meekly chipping straight to short midwicket.

The touring side were three down when Raval gave Dhananjaya de Silva a low catch at slip, but Taylor and Nicholls put on a 100-run stand to wrest the initiative back.

It was Dananjaya who broke that partnership by trapping Nicholls lbw, a decision which he frivolously appealed, and Watling went two overs later as he was pinned straight in front when attempting a wild swipe.

The fifth wicket heralded tea and the final session of the day proved brief thanks to an almighty shower, with Mitchell Santner (8 not out) due to return on day two alongside Taylor.