Debutants impress with bat and ball as Tridents crush Zouks 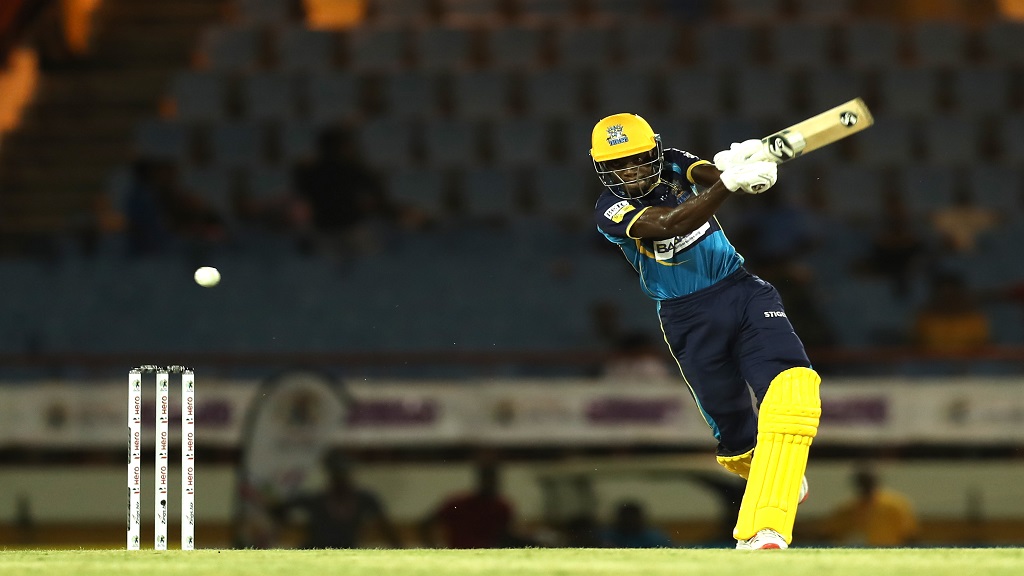 It was a tale of two powerplays as Barbados Tridents gave their 2019 Hero Caribbean Premier League (CPL) playoff hopes a major boost ahead of their home fixtures with a thumping 71-run victory over St Lucia Zouks at Daren Sammy Stadium in St Lucia on Friday.

While Tridents openers Johnson Charles and Hero CPL debutant Justin Greaves blazed their way to 63 without loss in the first six overs of the night, the Zouks lost wickets in each of the first three overs of their run-chase and another in the sixth to reach 48 for four at the same stage. 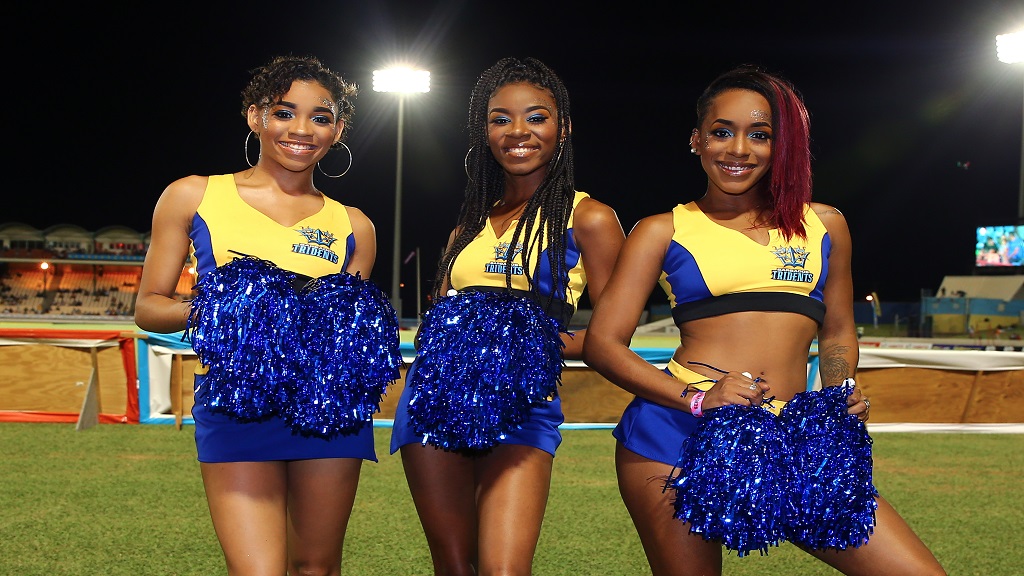 The Zouks had actually done a reasonable job in restricting the Tridents to 172 for six after the openers had taken the score to 76 without loss after just seven overs, including one spell of seven boundaries in the space of 10 balls between the second and fourth overs.

Daren Sammy brought himself on and immediately slammed the brakes on the scoring, just five singles coming from his first over.

Obed McCoy backed that up with three dot balls to build the pressure on Charles, who succumbed for 28 as he skied the next ball to Kesrick Williams at long-on.

Greaves went through to an excellent debut 50 in 36 balls but was already slowing down by that point and eventually sweeping Rahkeem Cornwall to deep square-leg where Colin de Grandhomme took a smart low catch.

Having scored 76 without loss in the first seven overs of the innings, the Tridents managed just 29 for two from the next seven.

After a tough start to his innings, Jonathan Carter got the Tridents moving nicely again with a run of four sixes in the space of 10 balls but fell immediately after the last. McCoy was the bowler once again, picking Carter up caught at deep cover from a smart short ball for 30. 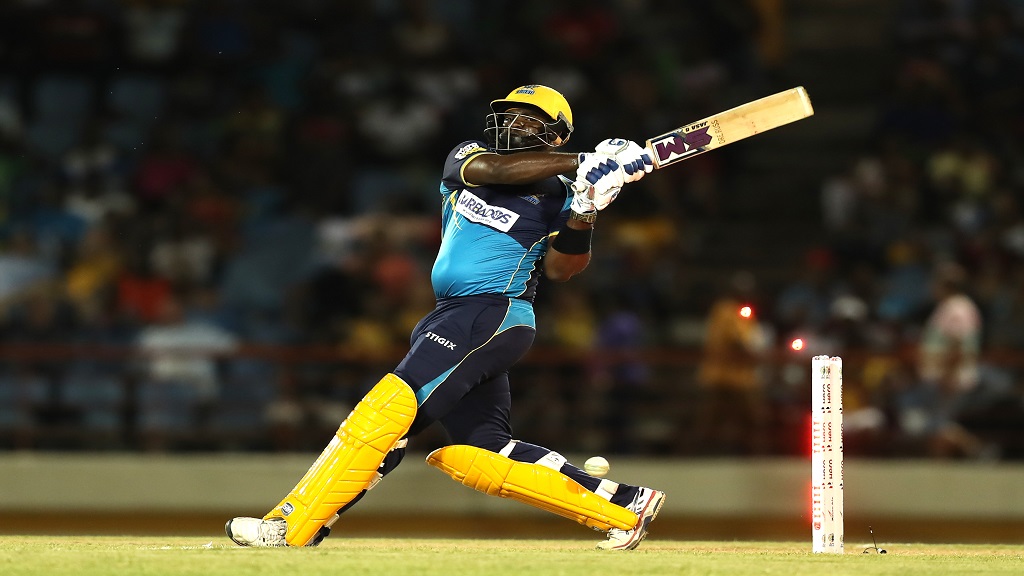 JP Duminy fell in the next over having struggled to a run-a-ball 18 and it was left to Ashley Nurse (15), Raymon Reifer (4), and Jason Holder (10 not out) to add some late runs to the total as the innings ended in a flurry of boundaries and wickets, with Williams, in particular, getting both reward and punishment to end with 3 for 44 from his four overs.

The Tridents might have been a touch disappointed with 172 for six given the platform they had, but it soon looked plenty as the Zouks lost key men early.

Cornwall hit two fours to start the innings as the Tridents entrusted the opening over to their second debutant, 19-year-old left-arm spinner Joshua Bishop. He held his nerve, though, and got his reward as Cornwall tried and failed to clear Holder at mid-off and was dismissed for eight.

Holder then struck with the ball, surprising Colin Ingram – who had been dropped first ball - with extra bounce and having him caught at point for four. 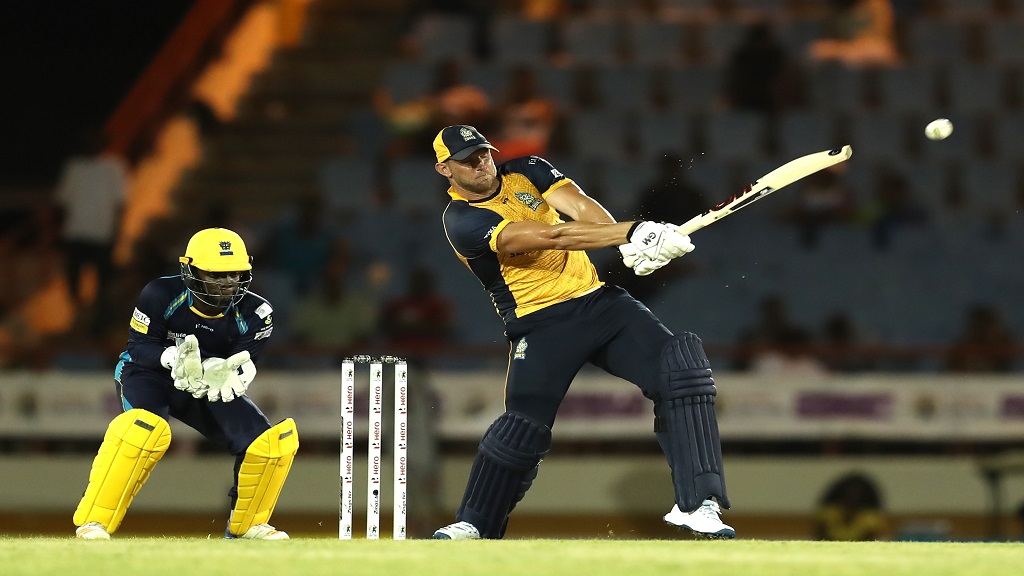 Hardus Viljoen hits a six during his top score of 31 for St Lucia Zouks.

When Kavem Hodge was run out for one in the next over after Andre Fletcher called him through for a single that was never on, the Zouks were left with a mountain to climb.

De Grandhomme and Fletcher did give it a go for a brief time. Three boundaries came from Holder’s second over, and de Grandhomme then took Bishop for a stunning six over wide long-off before drilling four along the carpet in the same direction.

Fletcher appeared to be finding his feet when he smacked Holder over the top for a one-bounce four but chopped his next ball into the leg stump. He went for 14.

The Zouks were already in trouble but were finished after two moments of brilliance in the field from Carter. He’d already made an impact with the bat but surpassed that here, first with a flying one-handed catch to dismiss Sammy for just two and then in the next over swooping to run out a diving de Grandhomme for 28 by a clear yard with a direct hit. 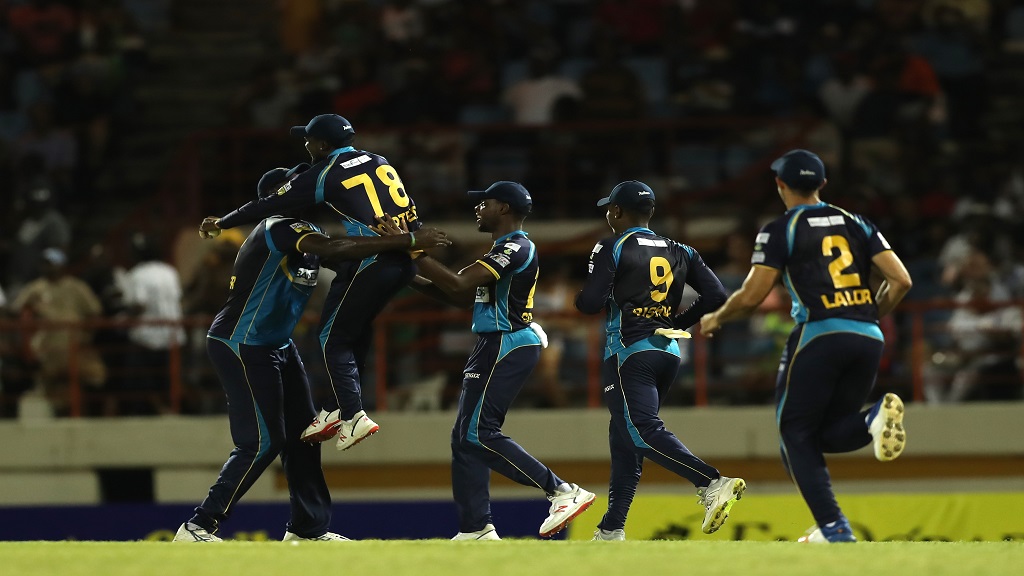 Jonthan Carter (no.78) of Barbados Tridents celebrates with teammates after taking a catch.

It was damage limitation for the Zouks after that. Chris Barnwell handed Bishop a second wicket when he holed out to long-on for six. It was a soft dismissal, but also deserved reward for the young spinner who did more than enough to suggest his two for 33 here will be no one-off.

Josh Lalor removed Kesrick Williams for one with his first ball and, although Hardus Viljoen did at least lift the Zouks past 100 with a couple of big sixes off Sandeep Lamichhane, he was bowled by the Nepal leg-spinner for 31 and, with McCoy unable to bat due to injury, the Tridents ran out emphatic winners.

The Tridents now occupy the final playoff spot in the Hero CPL table, two points clear of both the Zouks and Jamaica Tallawahs, but will have ideas of climbing higher with a five-match home leg kicking off against the table-topping Guyana Amazon Warriors on Sunday.