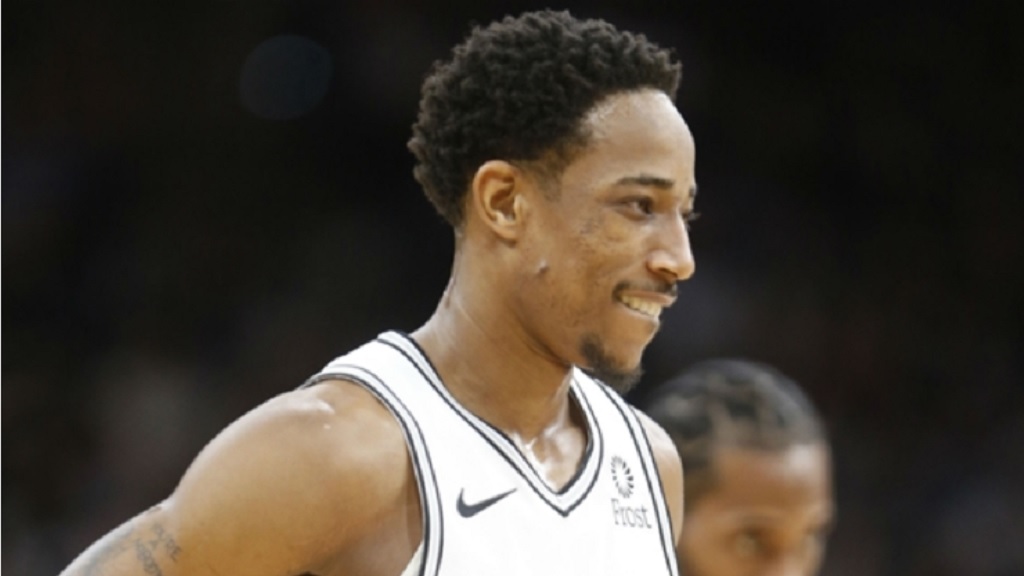 The struggling Dallas Mavericks pushed the San Antonio Spurs in the NBA on Tuesday.

The Mavericks' playoff hopes are dashed as they sit bottom of the Western Conference, but they are still playing with plenty of fight as they closely trailed the Spurs until the final seconds.

Dallas were two possessions away from catching the visiting San Antonio squad when rookie Luka Doncic was fouled. He missed a pair of free throws that would have helped the Mavs inch closer and they ultimately fell 112-105 to the Spurs at the American Airlines Center.

Doncic finished a minus-nine with 12 points, six rebounds and seven assists. He also went one of nine from the free-throw line, marking the first time a player has hit that number since Shaquille O'Neal in 2004.

The Mavs cut their deficit to as little as three points three times in the fourth quarter, but they could not stop the streaking Spurs, who won their sixth straight game. DeMar DeRozan led the efforts with a team-high 33 points.

Jalen Brunson led the Mavs with a career-high 34 points in their losing effort.

The Spurs are the seventh seed in the West. The Utah Jazz trail by half a game as the eighth seed and the next contender, the Sacramento Kings, are 4.5 games behind San Antonio.

Bojan Bogdanovic's 24 points led the Indiana Pacers to a 103-98 victory over the New York Knicks. He also tallied four rebounds and two assists in front of a home crowd.

In the Pelicans' losing efforts, Elfrid Payton recorded his third triple-double of the season with 14 points, 15 rebounds and 11 assists. New Orleans dropped their fourth consecutive game in a 130-113 loss to the Milwaukee Bucks.

Ben Simmons had 26 points in the Philadelphia 76ers' 106-99 win over the Cleveland Cavaliers.

Knicks rookie Kevin Knox had his highest points total (16) since late February, but the buckets just were not enough for New York as they fell to the Pacers. Knox left the court with a minus-15.

Hello, King James. LeBron James finished a steal with a massive dunk off the backboard. He had 36 points, 10 rebounds and four assists to lead the Lakers to a 123-107 win against the Bulls in Chicago.

The Golden State Warriors will take on the third-seeded Rockets in Houston. But, they will be without star Kevin Durant, who led the team with 29 points the last time these two met. In that contest, James Harden did not see the court but the Rockets started a nine-game winning streak which they will hope to extend against the best team in the West.