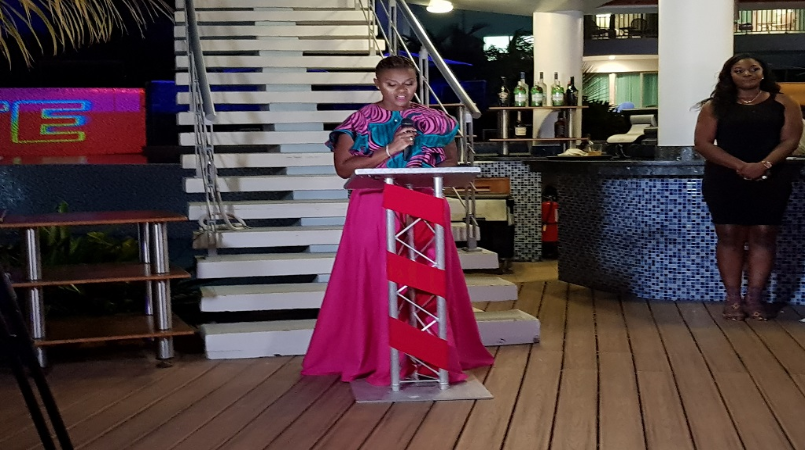 The speech, which highlights the exciting new possibilities that the network brings to the country, can be read in full below.

"Imagine a world where mobile speeds surpass anything you can get on your computer. A world where information you send to anyone arrives to them in real time. A world where you can use your phone to stay connected, no matter where in the world you are.

Now imagine being able to stream videos without having to wait on them to buffer or load. To hear sound as it was meant to be heard in full high definition, potentially hearing everything the human ear is capable of hearing. To be able to conduct business transactions online speedily and securely.

It’s time to live in the world we have imagined. This is a world with LTE and I am so happy to be standing here in front of you to announce the launch of our long-awaited LTE network, believe me, it was worth the wait. With LTE, St. Lucia can drive digital transformation and systematically restructure the society, getting the most out of services like e-commerce, e-learning and e-government. And now Digicel can offer nationwide LTE coverage in support of this with our 58 LTE sites up and running across the island.

Operating on the 700Mhz band, which is globally recognised as the best spectrum for deploying LTE technology, the people of St. Lucia will get the best quality network service offered in the country. When compared with similar frequencies, the 700Mhz band offers the best in-building coverage as well as a wider signal reach.

Content is king and video is key to LTE. Over the past few years, we’ve seen the transition towards a digitally driven society happen globally. First it was talk, then text, but now video is what drives communication and if we are to compete on a global level, then the country must be equipped with the right technology in order to level the playing field.

With LTE, users can now browse at speeds up to ten times faster than 4G. And to facilitate this, we’ve introduced our new FREEDOM Prepaid and Postpaid plans that allow our customers to get the most out of LTE for the best possible value. These plans also include WhatsApp calls and video in the bundles as well as two free hours of video viewing. Customers will also have access to the PlayGo and d’Music apps for exciting video content and the hottest music available.

In the World Bank’s World Development Report (2016) it showed how a ten percentage point increase in broadband penetration can increase Gross Domestic Product (GDP) by 1.38 percentage points in developing economies. By bringing LTE coverage to all St. Lucians we are helping to further the economy while creating an improved business environment.

As we counted down to lighting up St. Lucia with LTE, we have been getting the country ready for LTE-day. This meant educating everyone on the benefits and what they would need to do to get lit. We launched SwapSpots across the island, doubling our retail footprint so that we could facilitate customer upgrades to LTE compatible SIMs and devices. And we roped in our LTE social influencers to host SwapParties to drive LTE SIM penetration. Once the device and SIM are ready, all customers have to do is turn on their device’s LTE setting and they’re LTE ready!

This project has seen capital expenditure investments of approximately US$3.5million because we believe in St. Lucia’s potential for continued greatness. Our team has been working assiduously over the past two years, since our chairman Denis O’Brien gave us the go ahead in January 2016, to implement St. Lucia’s first and only nationwide LTE network. This journey would not have been possible without all the teams involved.

The saying “team work makes the dream work” could not be more true than with this project as we collaborated with team members from all over the world to make this happen. We have to give a big thank you everyone from St. Lucia, St. Vincent, Grenada, Anguilla, Dominica, Barbados, Group Go-to-Market, Group Pricing, Group Product, Group HR, Group Marketing, Group Technical and Group Performance who worked with us on this major upgrade.

To the government of St. Lucia, thank you so much for your support and collaboration and for allowing us to serve you.

To the people of St. Lucia, I want to thank you for your patience and your continued support. We know it has not always been easy and that there have been a few bumps in the road, but we have been truthful and transparent, communicating with you throughout the process, and the work that we have put in, both on the operational and technical side of things, will ultimately serve you better going forward. Again, thank you all."