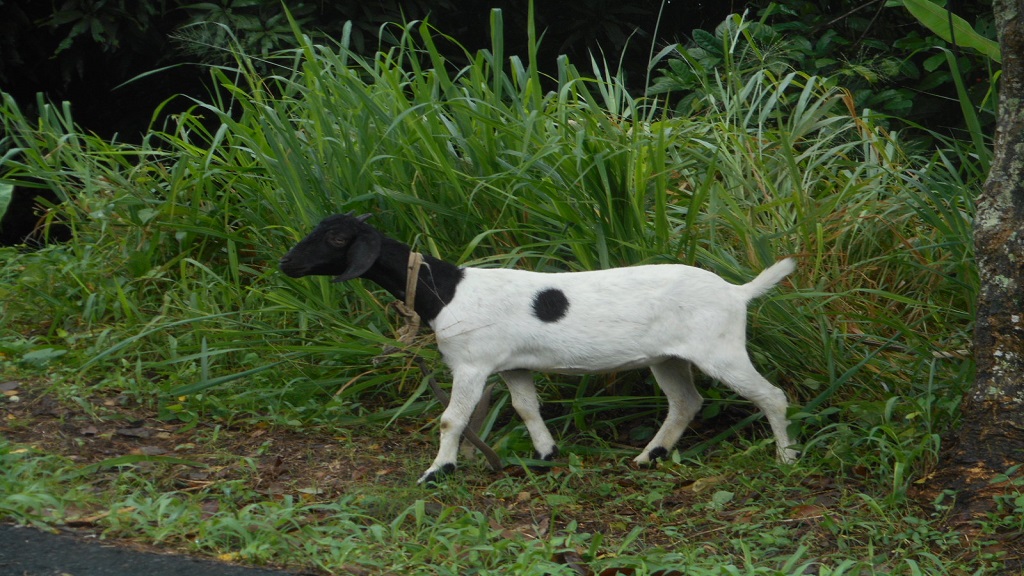 This goat, which belongs to Linus Francois, managed to escape the vicious attack of the dogs

Close to 100 goats have been slaughtered in various communities in the village of Laborie over the past few weeks, with most residents blaming dog attacks.

A minority, however, told Loop News that they are not convinced that the predators were dogs and instead feel that the death of their goats has something to do with evil.

The attacks on the goats are mainly occurring at nights. They are being found dead with what appears to be bites on various parts of their bodies, mainly in the neck area.

Linus Francois, a resident of  Banse, Laborie, said a few weeks ago he found two of his goats, which were tied in some bushes a few meters from his home, lying on the ground dead. He said that another goat managed to escape the dogs' vicious attack and observed that the dead animals were bitten in the area of their groins and bellies.

“I strongly believe the goats were killed by dogs. Those dogs live in the bushes and have no one to feed or take care of them,” Francois said.

Francois spoke of an incident one night where he heard goats bleating and dogs barking at about 9 pm not too far from his home. He says he was able to alert the owner of those goats and likely saved their lives from the savage dogs that night.

According to Linus Alfred, another resident who lost almost 30 goats to dogs recently, the situation is very discouraging. “The dogs just kill the goats and leave them on the ground. This does not give people taste to continue rearing cattle,” Alfred lamented. He said people in the community have witnessed dogs attacking goats in the area, adding that those dogs should be killed upon sight.

But Urban Lambert, who woke up one day and discovered 16 of his adult goats dead and six kids missing, said he does not believe that his goats were killed by dogs.

“It has to do with something evil which I had dreamt of recently,” he said.

However, Lambert said he is not daunted by the incident and will continue to rear goats.

Another resident who had a few of his goats killed recently said it is not the first time he has suffered such loses.

Apart from Banse, residents in several other communities within the village of Laborie such as Getrine have also reported discovering their cattle dead upon waking up one morning.

Focus on Marc, Castries as hub for cattle/horse thefts