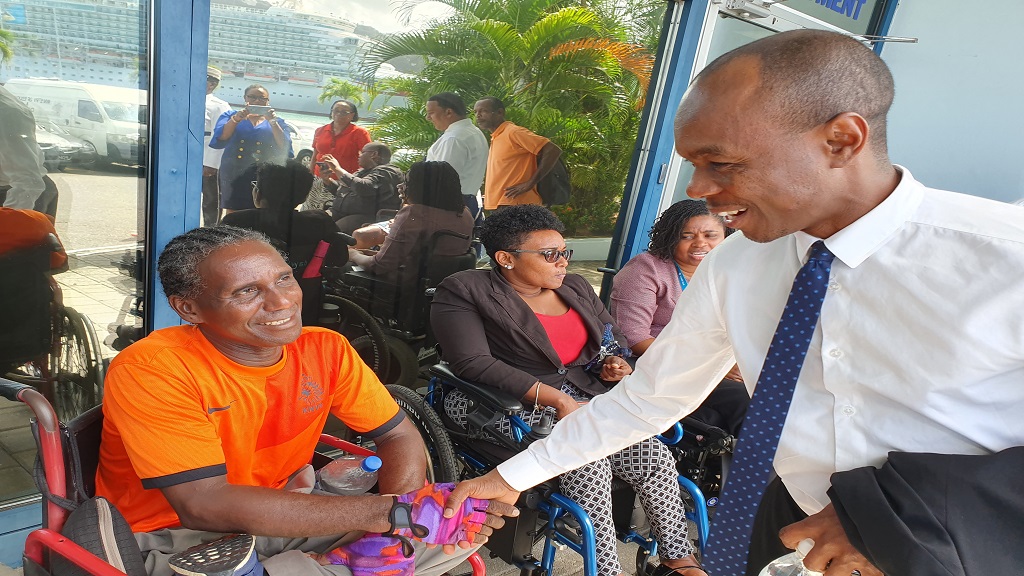 Minister for Tourism and Parliamentary representative for Anse La Raye Dominic Fedee touts achievements in the tourism sector and within his constituency under his watch during 2019.

“2019 has been a year of steady progress for Saint Lucia; with the tourism sector leading the way,” Fedee boasted in a Christmas message to the nation.

“We have secured additional airlift into the island including the nonstop American Airlines flight from Chicago that began this month,” he added.

The crowning moment for the island according to Fedee was Saint Lucia’s 11 win as the world’s leading honeymoon destination.

“Industry workers have worked hard this past year to increase the country’s fortunes,” he said.

The dedication he explained has also resulted in progress within the constituency of Anse La Raye and Canaries.

“Once a simple drive through for visitors, Anse La Raye is now a destination with attractions like the Tou La Gere Beach Park and as the village tourism project unfolds, there will be a complete and total transformation of the village’s waterfront.”

Fedee reported that plans for a health centre in the community are underway and are advancing smoothly in addition to a human resource development centre.

“After nine years of closure, the Millet community centre is now opened. The millet combined school is now rehabilitated, a new assembly hall was also constructed at the Roseau Combined School, a new roof installed at the Anse La Raye Primary School and the Canaries Infant School is also refurbished,” Fedee touted.

Fedee also disclosed that the upgrades to the Canaries Water Catchments have been completed.

SLP announces Wayne Girard as their challenger to Dominic Fedee