Dominica PM claims protesters are being given drugs 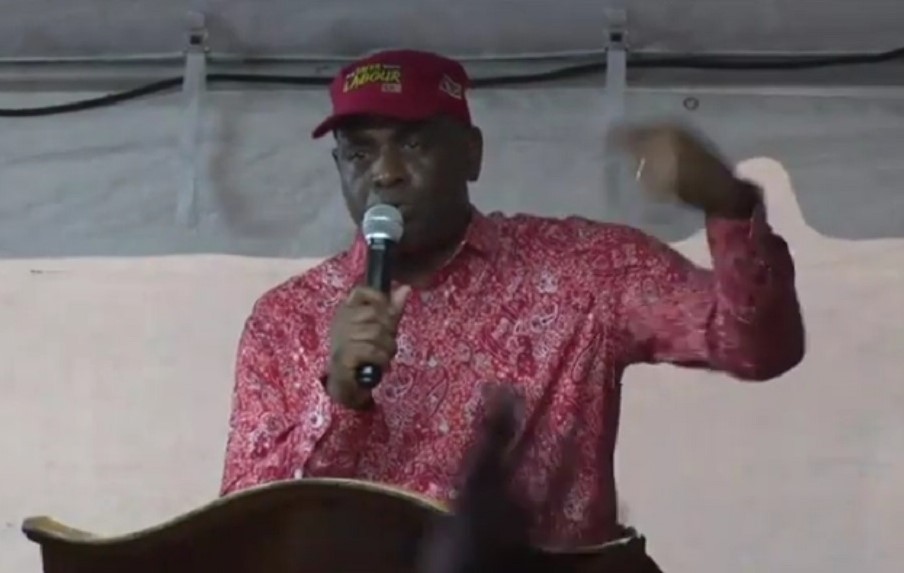 Anti-Government protest in the Commonwealth of Dominica will not stop Friday’s General Elections from taking place.

This assurance was given by Prime Minister Roosevelt Skerrit, last night, as he claimed protestors in the North-Eastern section of the island, who are mainly supporters of the opposition United Workers Party (UWP), are being given mind-altering substances to fuel their rage.

He said: “They are in Marigot giving these people cocaine to take ladies and gentlemen…Giving them alcohol to drink when they should not be drinking alcohol because of their state of mind. And they put them in the street to create mayhem in our country.”

Speaking to supporters of the governing Dominica Labour Party (DLP) in the Roseau Central constituency after the third day of fiery anti-Government protest, Skerrit noted that the 2019 election process is no different from previous years.

He said “They are doing these things, blocking the roads, to seek to create fear in our minds, our hearts and our soul. But, no one is stopping us from going and vote on December 6. We are marching to the polls in a peaceful procession. We have always had free and fair elections in Dominica.”

The Prime Minister stated that the protests are only affecting the small man in Dominica as he noted cruise ships have removed the island from their route which will intern impact the pockets of people who sell craft and food items.