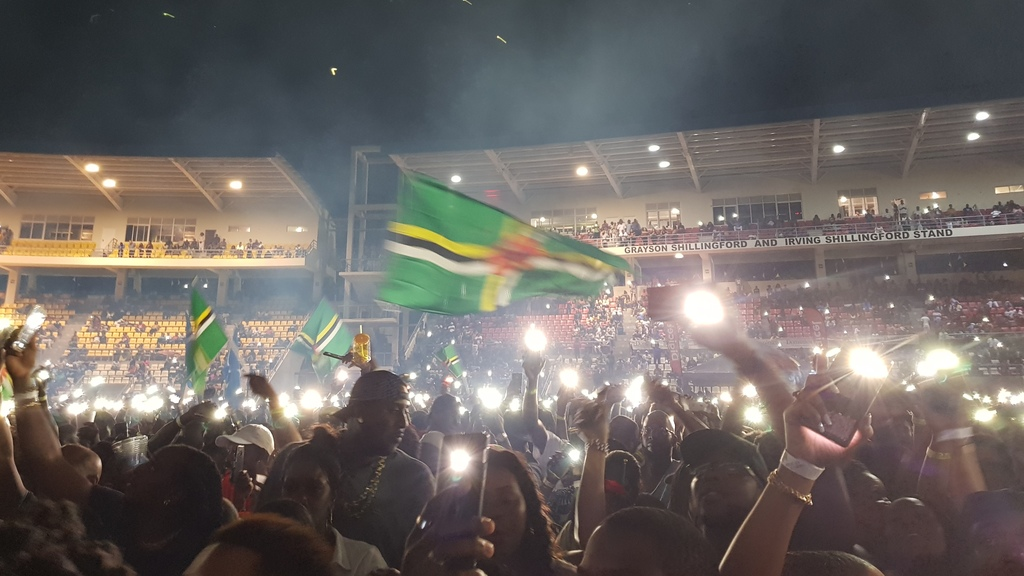 After years of hearing about the Dominica World Creole Music Festival, I thought I knew what to expect: massive crowds and lots of Zouk music.

What I experienced, however, was way beyond my expectations.

The annual event, the largest on the Dominican calendar of events, had the energy, vibe and excitement that felt like Trinidad and Tobago’s Carnival mainly since it straddles two major events on the island: Journee Kweyol or Creole week and Independence.

Creole week is observed in late October every year in Dominica and St Lucia to celebrate the French influence on their culture. Dominica was once colonised by the French and during Creole Week, the evidence of that is everywhere, from the French patois or Kweyol spoken on radio and on the streets to the clothes they wear.

Arriving in the capital Roseau on October 26, Creole Day, it was clear that Dominicans are fully invested in their culture. Everyone, young and old, was adorned in some item in madras cloth, the main fabric of the national wear.

Some women wore the full Wob Dwiyet, a floor-length dress made out of Madras fabric worn over a white petticoat while men wore the black pants and white shirts with red or madras sashes around their waists.

On street corners, there was drumming, music blasting from speaker boxes and a Creole Day parade, adding to the festive air.

There were celebrations everywhere, even in the market, where on the Saturday there was Market Day with a Difference. Speeches, cultural displays, an art exhibition and agricultural displays were done in the presence of Government officials and visitors. We sipped on ice cold homemade sorrel and five fingers juices while touring the market to see the bounty that Dominica is producing one year after the hurricane. 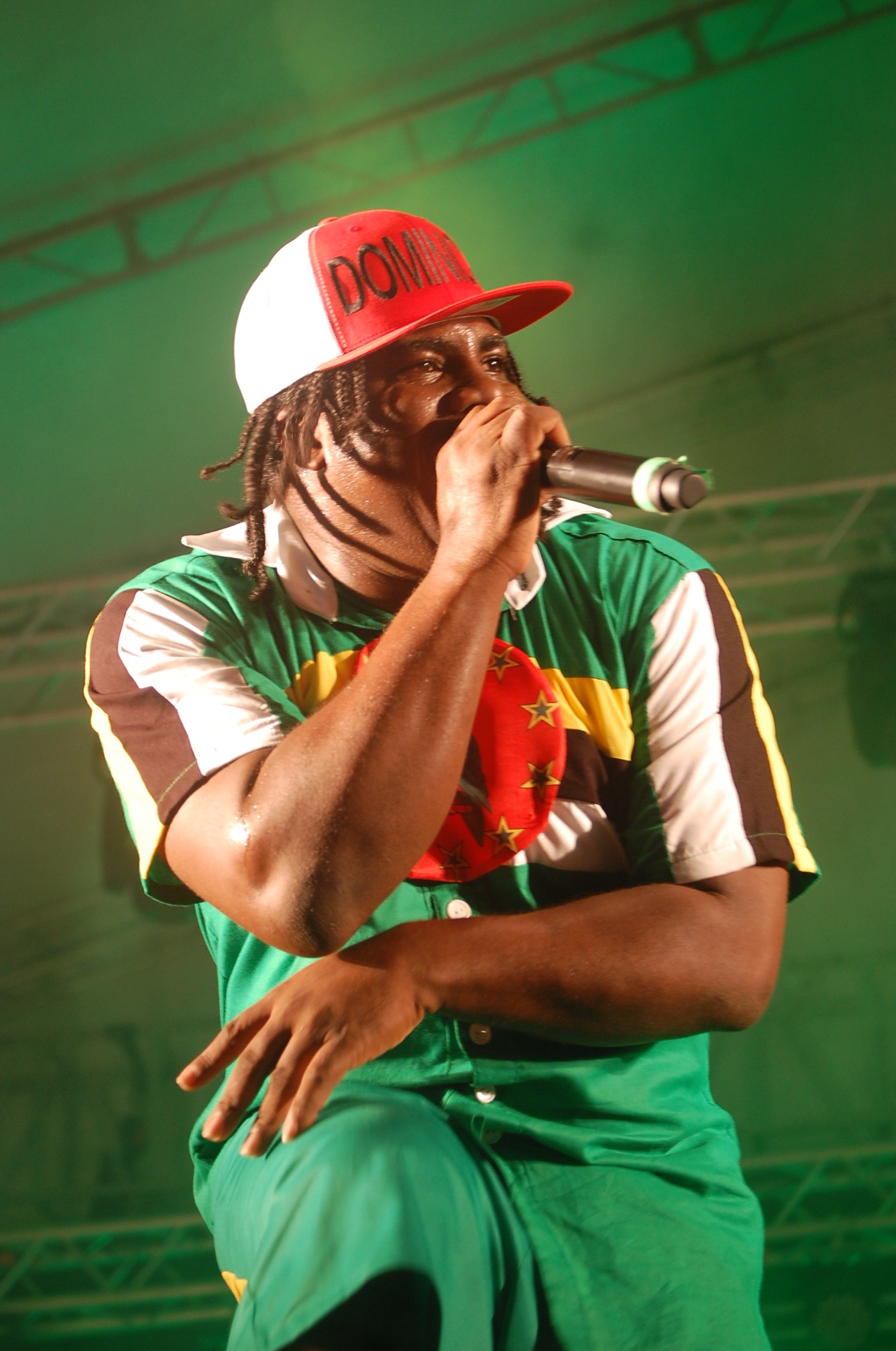 Even in the early hours of Sunday morning, as some of us limped wearily to our transportation after the Saturday show, a bunch of energetic masqueraders moved at rapid-fire pace through the narrow streets in a traditional jump up.

The real action, however, was at the Windsor Stadium, the venue of the three-day festival where each night’s event lasted almost until dawn.

The World Creole Music Festival was postponed in 2017 because of the widespread damage on the island following Hurricane Maria.

The stadium didn’t escape damage and the wounds still showed with a staircase cordoned off for structural damage and the skeleton of a scoreboard standing proudly on the field.

Wounded but standing was the underlying theme of the weekend. 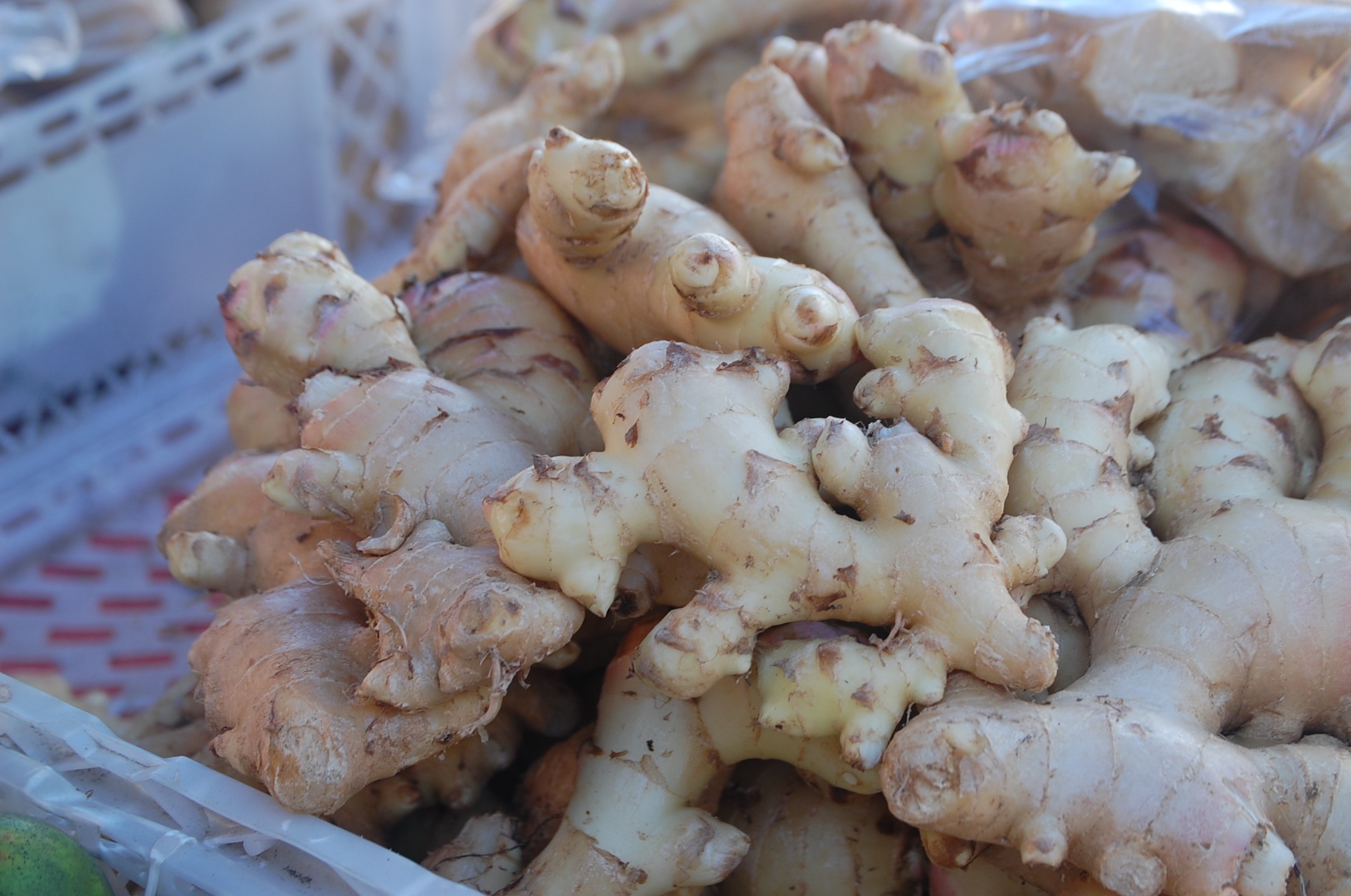 Ginger in the market in Roseau

“My Love, My Home, My Dominica: Building a Resilient Nation” was actually the theme for the country’s 40th Anniversary of Independence which was celebrated the week after.

After the devastation wrought by Hurricane Maria last year, Dominica has been eager to show the world it is standing strong.

Prime Minister Roosevelt Skerrit said the happiness of his people was of paramount importance in the decision to stage the festival.

“Dominicans are smiling, Dominicans are happy and contented where we are. Obviously, there is much more that needs to be done but when you saw what the Hurricane did and they can smile, they can laugh and enjoy themselves, that is the most important aspect," he said.

Artists who were contracted to perform last year agreed to perform this year and many of them expressed amazement at how quickly the island bounced back in just one year. 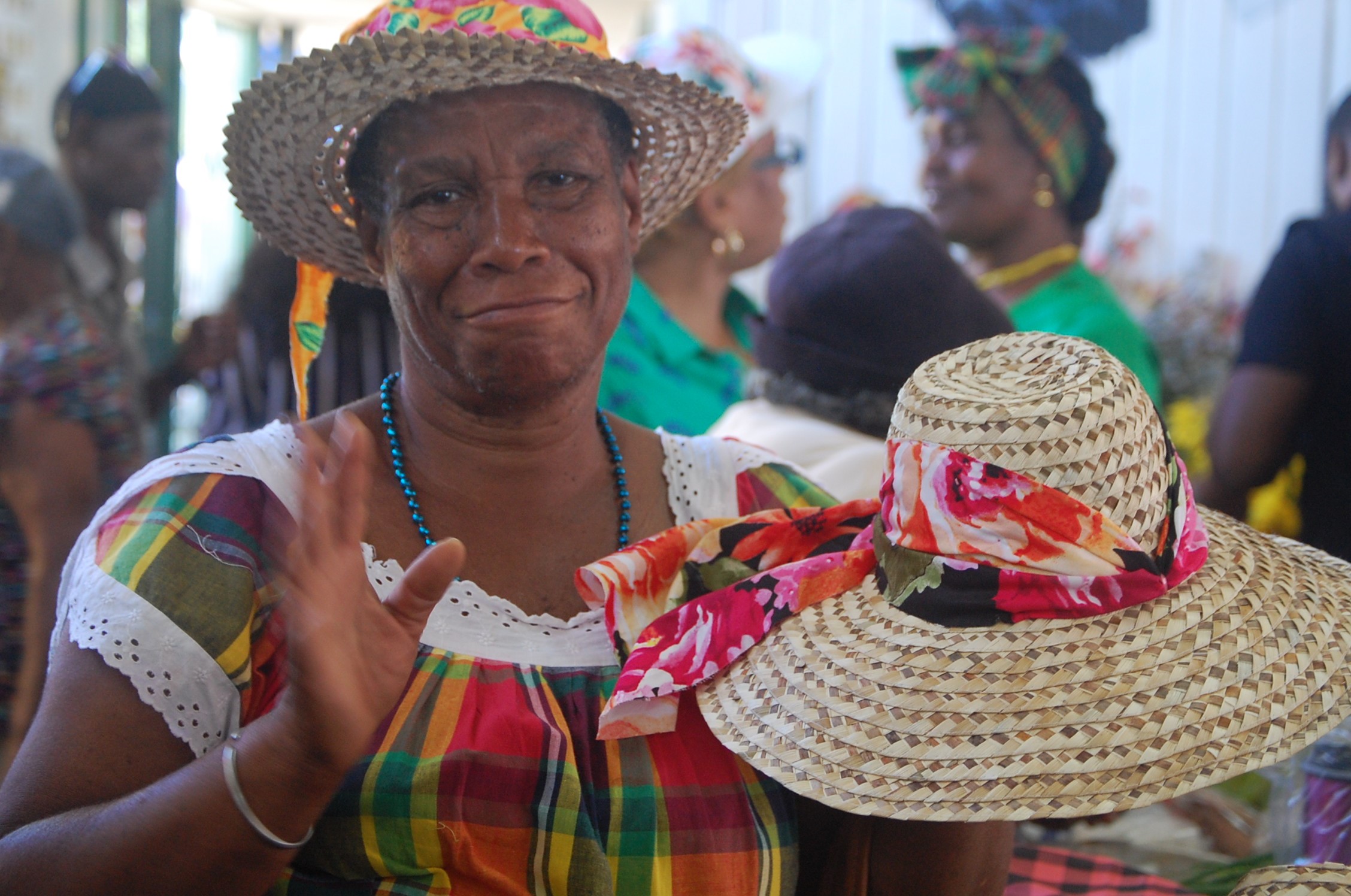 A vendor in traditional wear during Market Day with a Difference

Machel Montano, the headliner on the second night, expressed amazement at the mass greenery he saw all over the island compared to the stark brown environment he witnessed when he flew to the island right after the hurricane hit.

Montano was among the artists who were scheduled to perform in 2017 when the Hurricane forced the cancellation of the festival.

He expressed happiness to be back a year later celebrating with the Dominicans.

Apart from Montano, big musical names such as Chronixx, Kes the Band, Mavado and Afro-pop singer Yemi Alade graced the stage to the delight of local fans.

For me, however, what really stood out was the music that is so prominent among many of the Eastern Caribbean islands: the Zouk, Bouyon and Compa music courtesy popular bands such as the legendary Kassav, Dominica’s own Triple Kay International, Bouyon king Asa Bantan, Sweet Serenade, Midnight Groovers, Signal Band and Mizik A Nou All-Stars as well as Haiti’s Klass, Kai and Sweet Micky.

There was literally no standing still when these musicians hit the stage and had everyone stomping, jumping, moving left and right, putting their hands in the air and singing every Kweyol word.

It truly felt like Carnival and the end of it all, I had sore feet, tired eyes and a happy soul.