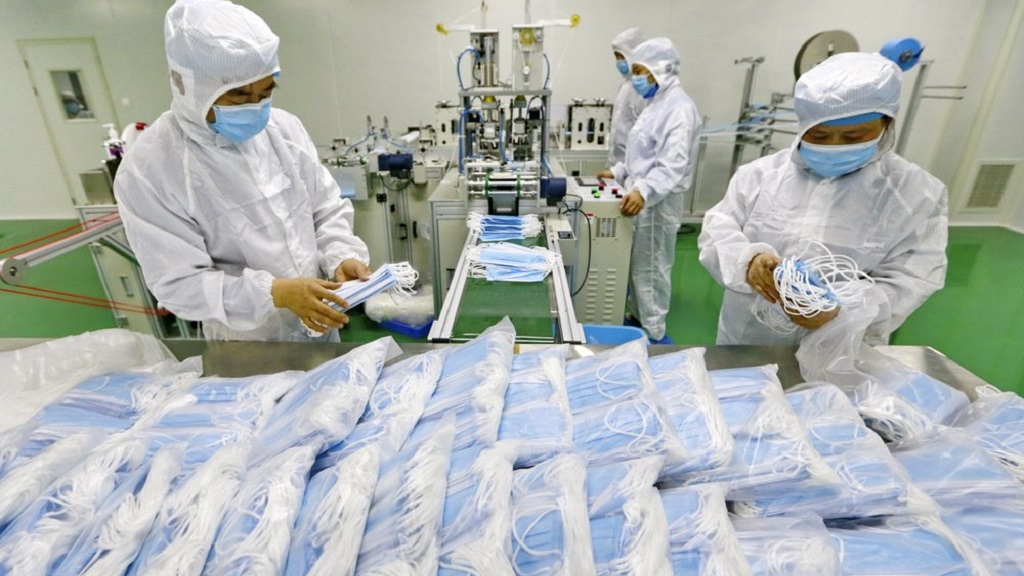 The UN General Assembly has until Monday to consider a draft resolution calling for global action to rapidly scale up development, manufacturing and access to medicine, vaccines and medical equipment to confront the coronavirus pandemic.

The proposed resolution obtained by The Associated Press requests Secretary-General Antonio Guterres to work with the World Health Organization and recommend options to ensure timely and equitable access to testing, medical supplies, drugs and future coronavirus vaccines for all in need, especially in developing countries.

The measure, drafted by Mexico and co-sponsored by about 75 countries, encourages all countries to work in partnership to increase research and funding for vaccines and medicine, and to strengthen international scientific cooperation to combat the coronavirus.

The draft also calls for stepped up coordination, including with the private sector, "towards rapid development, manufacturing and distribution of diagnostics, anti-viral medicines, personal protective equipment and vaccines."

And it calls on all countries "to immediately take steps to prevent ... speculation and undue stockpiling that may hinder access to safe, effective and affordable essential medicines, vaccines, personal protective equipment and medical equipment."

Under new voting rules instituted because the General Assembly isn't holding meetings during the pandemic, a draft resolution is circulated to the 193 UN member nations.

If a single country objects before the deadline, the resolution is defeated. Normally, assembly resolutions are adopted by majority votes or by consensus.

If adopted, the resolution would be the second one on the pandemic approved by the General Assembly. Its resolutions are not legally binding but reflect world opinion.

The assembly's members approved without objection a resolution on April 2 recognizing "the unprecedented effects" of the pandemic and calling for "intensified international cooperation to contain, mitigate and defeat" the virus.

The more powerful 15-member Security Council, whose resolutions are legally binding, has not adopted a resolution since the pandemic began circling the globe, infecting more than 2.1 million people and killing more than 140,000 worldwide, according to a tally by Johns Hopkins University.

Its five permanent members, who have been divided on how to address the pandemic, are discussing a French-drafted resolution while its 10 elected members have their own draft.

Diplomats expect discussions next week on merging the rival texts.

The Mexican draft before the General Assembly also addresses the World Health Organization, which has come under attack by US President Donald Trump, who has suspended funding the UN agency,

The draft "reaffirms the fundamental role of the United Nations system in coordinating the global response to control and contain the spread of COVID-19 ... (and) acknowledges the crucial leading role played by the World Health Organization."