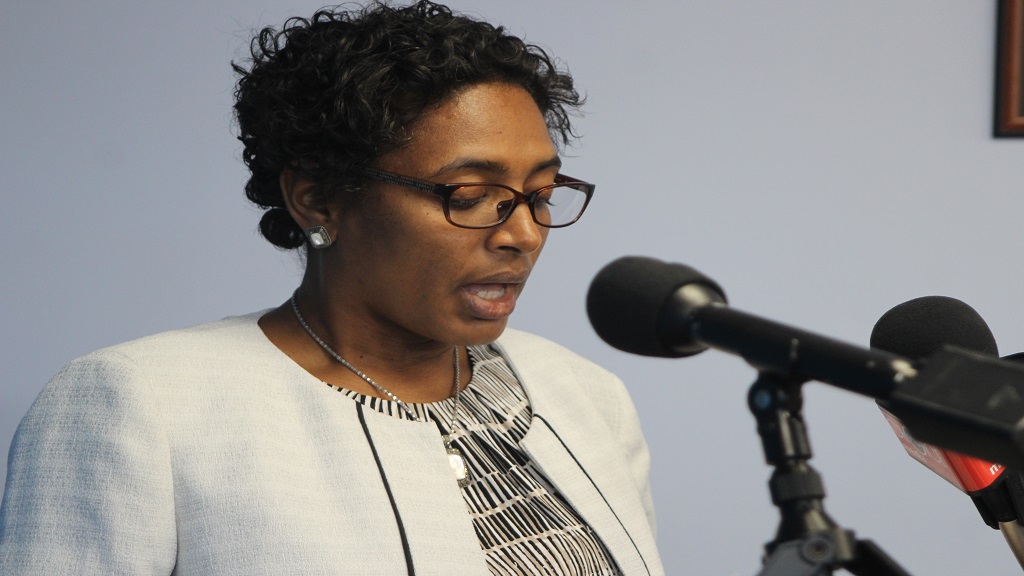 The cost of the controversial first phase of the Desert Star Holdings (DSH) $2.6 billion project, which is the horse racing track earmarked for the south of the island, is much more than first estimated.

Nancy Charles, Director of Implementation in the Office of the Prime Minister, at a press briefing Monday, October 21, 2019, said the investor had spent an estimated US $30 million on the project.

In the early days of the project’s introduction, DSH Chairman Teo Ah Khing said the race track would cost him US $5 million. That was moved to over US $10 million later.

Charles said the figures she received Monday was “an estimated US$30 million.” A press conference slated for Wednesday, October 23, 2019, at the facility in Vieux Fort will further clarify the cost of the project and other particulars pertaining to the 40 thoroughbreds already on island, having arrived last Saturday.

According to Charles the US $30 million were spent on the horse track, stables and other amenities that come with the construction of such a facility.

She said there are about 100 stables which are split into two facilities, one being a quarantine facility the other a regular facility.

Charles then went on to dismantle a once projected theory here that the removal of the Beausejour Agricultural Station and the meat processing facility Taiwan built to the tune of EC$14 million had to do with their location being in the equine disease-free zone that a horse track of international standards needed.

She said the issue with the meat processing plant and the agricultural station which housed sheep, goats, cows, pigs and other farm animals had to do with certain types of diseases farm animals may have that might be highly detrimental to the horses’ health. And therefore, because they were in the immediate vicinity of the horses, they had to be removed.

“For example, I am from Grace, I live five minutes away. I am a pig farmer and everybody knows that there has never been an issue with me continuing to be a pig farmer. There are chicken farmers not far from me there has never been an issue with these farmers. No one has been informed they have to move, they have to relocate their facility because of the horse racing track,” Charles said.

She described that talk of an equine disease-free zone around the horse racing track as propaganda and fear being spread about by the opposition to get people to march against a much needed development.