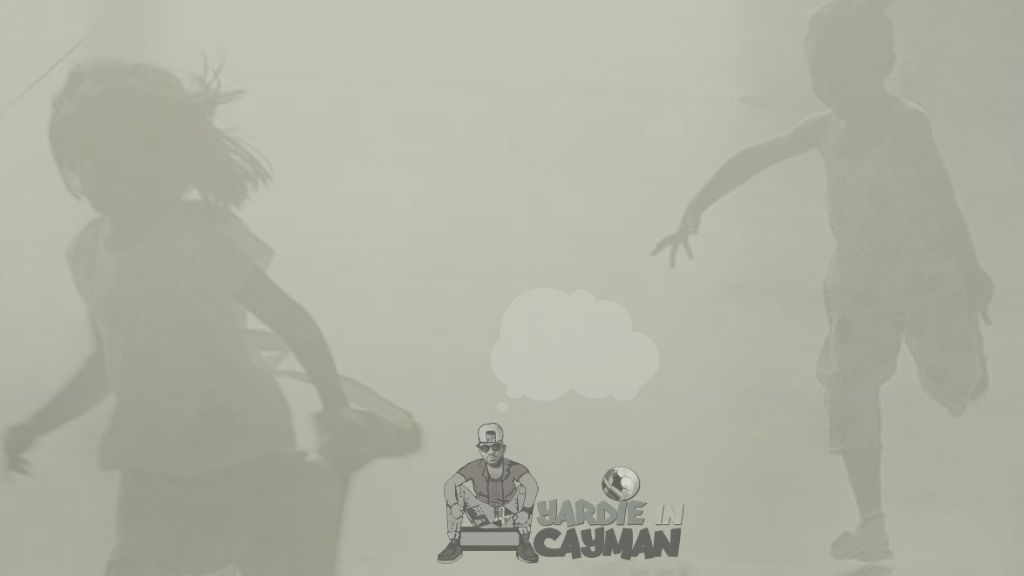 Cayman has had a pretty rough start to the first half of the year. From a historic landfill blaze to a 7.7 Mw earthquake, and then a crippling pandemic and lockdown. Racial tensions later emerged in the U.S. along with global protests... and now a giant sub-Saharan dust plume is hovering in the sky... Wait... dust plume? Are you kidding me? If you ask me, 2020 is beginning to feel like a massive game of Stucky.

For those not familiar with this popular Jamaican children’s game, here is a synopsis. Stucky is played when a group of children identify someone who is “it” to catch the others-- one touch and you are stuck! The only way to be "safe" is if you make it to the designated “home “base.

Back when I was a budding track star, I would risk leaving home base knowing that I was agile enough to avoid getting “stuck” and would return home safely. This 2020 global version of Stucky makes me NEVER want to leave home, even after the crowds have dispersed... because every time I feel like the game is over, it is actually the beginning of a whole new round... If it’s not giant locusts, earthquakes and fires then massive dust particles are going to get in my eyes and irritate my sinuses... until the next round when an even more daunting and surreal challenge is presented...

The latest threat to our sanity is this unusual dust event. Travelling for almost 5,000 miles, the original plume was created by small storm systems over central and West Africa. These systems caused large-scale dust storms to develop in the atmosphere over the Sahara desert.

According to CNN, "strong winds higher in the atmosphere, which usually transport dust westward, were anomalously weak in June, meaning a larger amount of dust than usual was able to accumulate just off the west coast of Africa. It was able to then be transported westward in a very dense plume when the jet picked up speed again.“

Social media has erupted with doomsday posts proclaiming that this is the end of times while other posts lightheartedly describe the events with colourful memes and references to Caribbean phrases about dust or dirt.  As for me... forget social media... I need to call my grandmother who loves a well-kept house and tell her “mama nuh badda dust di furniture dem dis mawnin.”

Somehow this global version of Stucky is much more challenging than I remember as a child. Can someone please tell 2020 that I don't want to play anymore! As a matter of fact, mi can hear mi madda a call mi name fi come inside.”