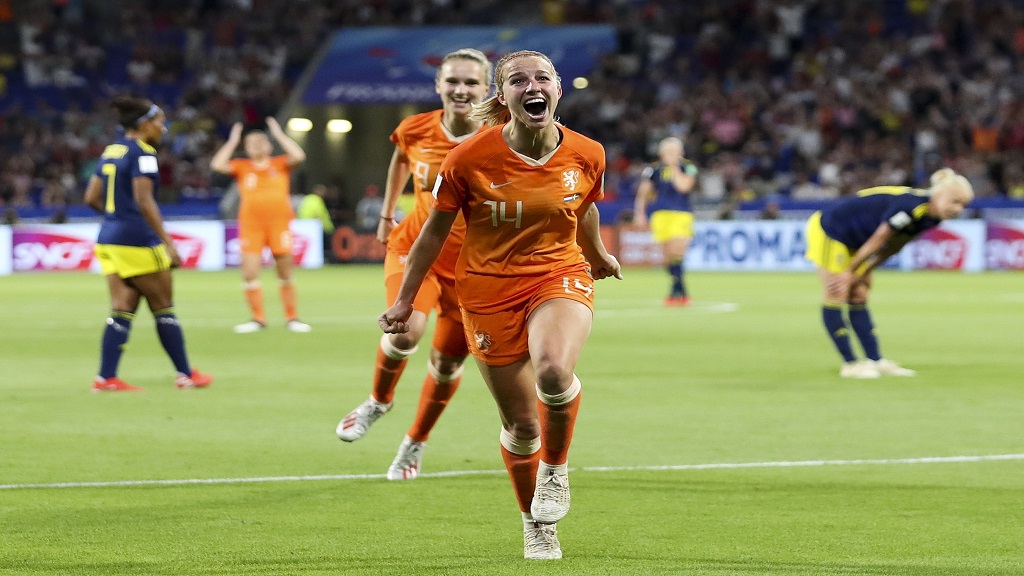 The Netherlands will play the United States for the Women's World Cup title after Jackie Groenen sealed a 1-0 victory over Sweden in extra time on Wednesday night.

A slick passing sequence ended in the 99th minute with Groenen driving a shot from outside the penalty area past goalkeeper Hedvig Lindahl. It was Groenen's first goal of the tournament and it set up a meeting between the European champions and the reigning world champions back in the Stade de Lyon on Sunday.

And it means that for the first time since 2003, the final will include two female coaches. With Jill Ellis coaching the U.S. and Sarina Wiegman in charge of the Netherlands, the run of three finals featuring a male coach comes to an end.

Progress for the Dutch women has been rapid. They only debuted at the World Cup in 2015 — reaching the round of 16 — but followed it up by winning the European Championship on home soil in 2017.

After a draining semifinal, the Dutch have one less day than the Americans to prepare for the title game and they will have to be more potent up front to overcome the athletic U.S.

The second semifinal was no match for the drama, tension and high energy of the previous night when the U.S. beat England 2-1.

The game featured few scoring chances and was only lit up by the goalkeeping in regulation time — particularly in the second half.

A shot from Nilla Fischer was creeping into the net in the 56th minute until Netherlands goalkeeper Sari van Veenendaal tipped it onto the post.

It was the crossbar that denied the Dutch in the 64th minute when a header from Vivianne Miedema was pushed onto the frame by Lindahl's fingertips.

But the goalkeepers wouldn't be relied on for a penalty shootout.

Groenen, who in May became the first overseas signing for new English Women's Super League team Manchester United, produced a moment of brilliance in the first half of extra time for her first goal of the tournament.

The Swedes will have to settle for bronze if they can beat England on Saturday in Nice. But the focus, for now, will be on the health of Kosovare Asllani, who was carried off on a stretcher late in the game.