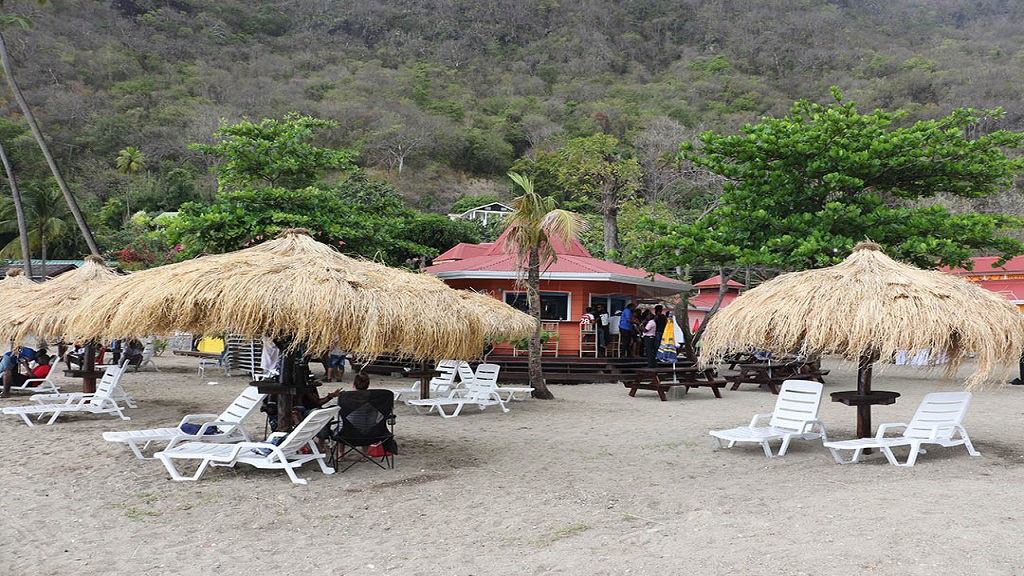 The people of Soufriere and indeed Saint Lucia welcomed the grand opening of the Hummingbird Beach Park facility on Friday, April 5, 2019.

Over the last few months the Government of Saint Lucia, through the parliamentary representative for Soufriere/Fond St. Jacques, Honourable Herod Stanislaus and the Soufriere Regional Development Foundation, worked assiduously to ensure that attention was paid to detail so that the people would be given the best product possible.

Today, the facility is one step closer to transforming the town of Soufriere.

The project, which was completed at a cost of over EC$2 million, will not only enhance the tourism product in Soufriere, but will create economic activities for the area as well as give persons an additional place to relax and recreate.

Speaking at the formal opening ceremony Hon. Herod Stanislaus said: “I am humbled and honoured to have our invitees, friends and well-wishers and the people of Soufriere with us today at this special occasion, the official opening, ribbon cutting and unveiling of the plaque.”

The parliamentary representative went on to explain that the project was very dear to his heart as he was an integral part of the original conceptualization which was borne out of a desire to ease the pressure on some of the existing beaches while stimulating economic activity at the new site.

“At the time it was felt that this beach was highly underutilized and lacked any available facilities. It was only three minutes to the center of the town, great location, with a beautiful sandy beach with a superb view of the iconic Pitons,” Hon. Herod Stanislaus explained.

“It was always our desire to see this project to its fruition, as we saw it as a means to providing economic  opportunities for the people of Soufriere, with jobs during construction and after and the empowerment of our people by giving new entrepreneurs opportunities,” he went on to say.

After the project was stopped in 2011 by the former administration, the MP for Soufriere/ Fond St. Jacques said that when he became the parliamentary representative in 2016, he immediately brought the park idea to the table with the endorsement of Prime Minister Honourable Allen Chastanet, who had long been an advocate for the park. In 2017 Hon. Herod Stanislaus along with Hon. Guy Joseph, Minister for Economic Affairs, Housing and Urban Renewal met with the Taiwanese Ambassador to discuss grant funding for the project. The first grant was presented by the Taiwanese Government in 2017 to the tune of just over EC$1 million in 2017 and a second in 2018 of EC$283,000. The SRDF contributed EC$1,064,196.47.

Speaking at the opening His Excellency Ambassador Douglas Shen, Taiwanese Ambassador to Saint Lucia said that it was an honour to be present to see the dream of the beach park facility fulfilled.

“Hummingbird beach is the first impression foreign visitors have to the beauty that is Soufriere. To further stimulate the tourism industry in this town, my Government cooperated with the Government of Saint Lucia to start this project since 2016,” Ambassador Shen said. “I am more than happy to have been told that with the completion of the project, the feedback of the community has been positive as the residence of Soufriere feels proud of this wonderful park.  I believe that in the coming years, the Soufriere Hummingbird Beach, will become one of the landmark tourism sites in Soufriere.”

Hon. Herod Stanislaus called on both tenants and the people of Soufriere to show their appreciation for the facility by taking ownership of it and being the guardians for its upkeep. He went on to thank the people of Soufriere for their backing as with their continued support and cooperation the town will be transformed into the “Eden of the Eastern Caribbean.”