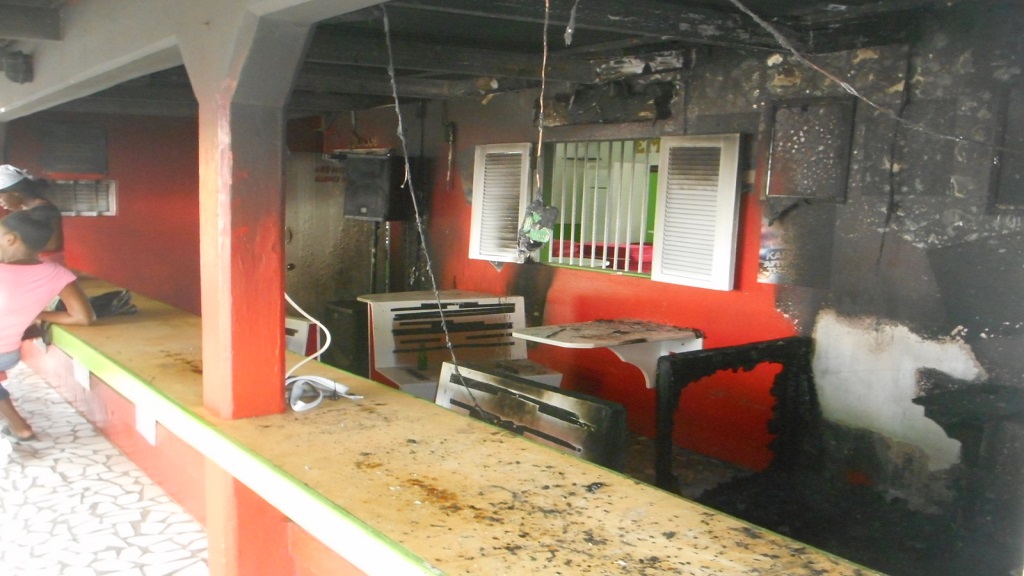 Arsonists set fire to popular restaurant and bar Empire 758 in Laborie yesterday, November 6, 2019, damaging a section of it.

The incident, which occurred about 4 am has left its owner in “panic mode” and residents guessing who the culprits may be.

A video, which was posted on social media, showed three men wearing hoodies inside Empire 758, dousing the outer bar with a liquid and setting it on fire.

Upon realizing that the business was on fire, residents sprang into action and attempted to extinguish it by forming a bucket brigade. Moments later a fire truck arrived at the scene and extinguished the blaze.

According to Ken Berrance, owner of the business, located on Kennedy Highway, he was informed of the incident by his mother via phone.

“I was in panic mode when I arrived at the scene,” he told Loop News, adding that initially, he thought the problem was electrical in nature.

He said one of his workers usually sleeps in the business, but he was off on the day of the incident.

Berrance, who has been operating the business for close to three years, described his business as a popular one which attracts many people from all over the island.

“It’s a nice place to chill out and enjoy yourself,” he said.

According to Berrance, the incident has hurt him but not daunted him.

He said he has not made an assessment of the damage as yet and as a result could not comment on its cost.

The matter is under investigation by the Laborie police who are currently reviewing the video footage of the incident.