England 5 wickets from series victory versus West Indies at lunch 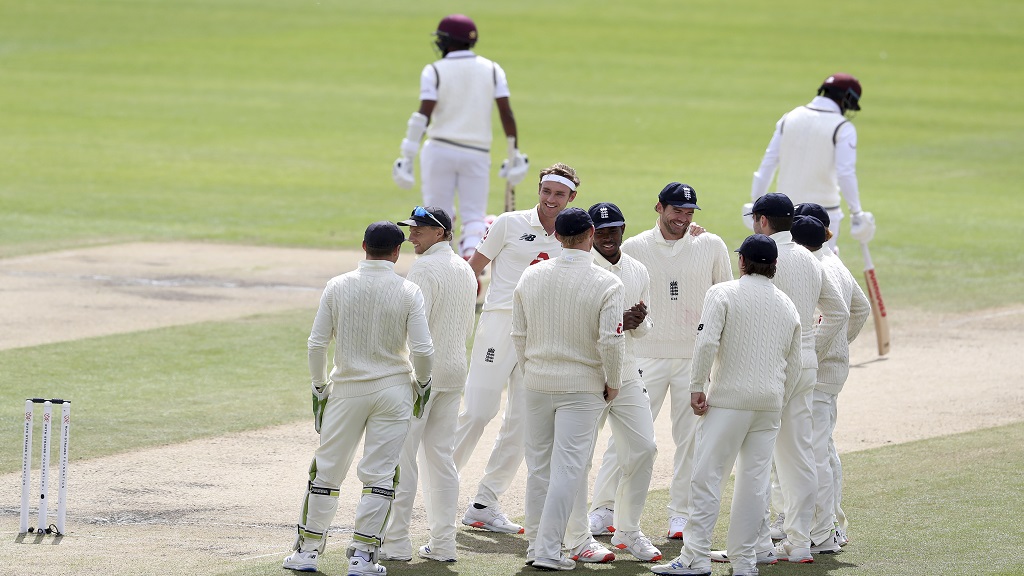 England need five more wickets to win the Test series after reducing the West Indies to 84-5 at lunch on the last day at Old Trafford on Tuesday.

After rain washed out play on Monday, the third Test resumed on time with England refreshed and in a predatory mood to regain the Wisden Trophy.

The West Indies were already two wickets down for 10 runs, any hope of making 399 to win long gone, and needing to bat through the day to force a series-saving draw.

But after one brief interruption for a passing shower, Broad reached 500 wickets in style within the first hour when he trapped opener Kraigg Brathwaite plumb in front, struck low on the back leg on 19.

The wicket was also Broad’s third of the innings and ninth of the match.

By strange coincidence, Brathwaite was also the 500th wicket in 2017 for James Anderson, the only Englishman ahead of Broad on the wickets list. Anderson bowled better than Broad in the morning session without reward.

Broad took the catch for the fourth wicket when Shai Hope, oblivious to the need to knuckle down, tried to pull Chris Woakes and mishit the ball straight up. He was out for 31, his best test score since January 2019.

Another poor shot cost Shamarh Brooks, who went on his back foot to swing at Woakes and gave an inside edge behind on 22.

Roston Chase was 5 not out and Jermaine Blackwood on 3 when a second shower 20 minutes before lunch made the interval easy to call.