England blow Windies away for 45 to seal T20 series 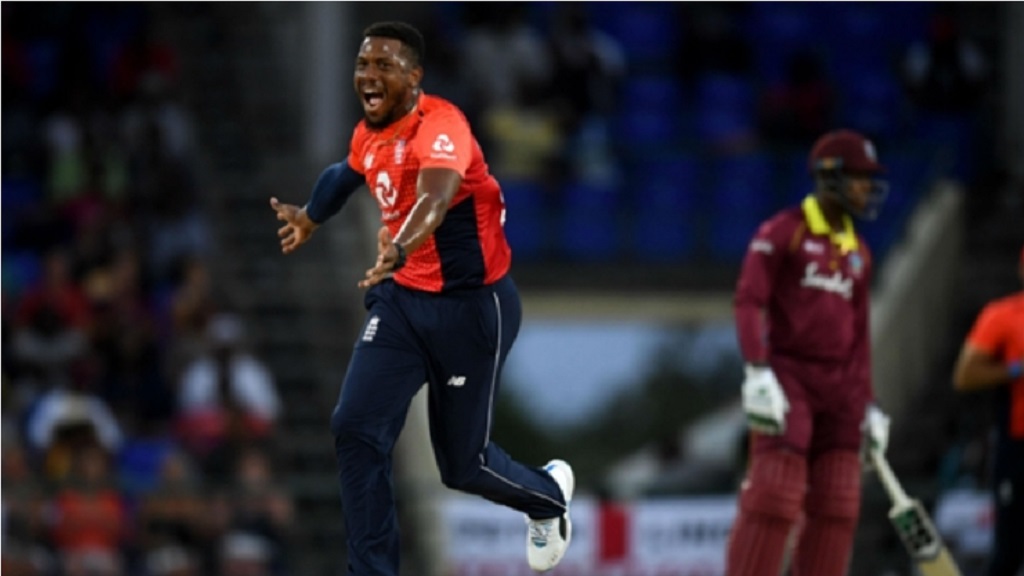 The Windies were humiliated in reply, capitulating to their lowest T20 total and only just bettering the Netherlands' 39 all out against Sri Lanka five years ago.

Jordan claimed astonishing figures of 4-6 from two overs in a horror show for the Windies, who were dismissed in just 11.5 overs - Shimron Hetmyer and Carlos Brathwaite the only batsmen to make double figures with 10 apiece.

Jason Holder's decision to bowl first looked even better when England were four down early on, Fabian Allen striking twice and Carlos Brathwaite getting in the act as Alex Hales, Eoin Morgan and Joe Denly failed.

The busy Root and Billings dragged the tourists out of the mire with a stand of 82, the Test captain reaching his half-century from 36 balls by dispatching debutant Obed McCoy for a third boundary of a poor 15th over.

Billings had a 50 of his own when he launched Cottrell for six over long-on and put on a show after Root was run out, mixing up glorious drives with imaginative strokes to send the run-rate soaring.

McCoy was taken for 22 in the final over - Hetmyer dropping Billings - and there was much worse to come for the Windies.

David Willey (2-18) claimed the big scalp of Chris Gayle and also removed Shai Hope before Jordan came to the fore in a magnificent spell, seeing the back of Darren Bravo caught behind and Holder leg before for a golden duck in his first over.

The procession of wickets continued as paceman Jordan continue to bowl with great variety, ripping out Nicholas Pooran and Allen to leave the hosts teetering on 22-6.

Adil Rashid and Liam Plunkett helped themselves to two wickets apiece as the Windies folded, Billings fittingly taking a brilliant catch to wrap up the series in emphatic fashion with one match to play.