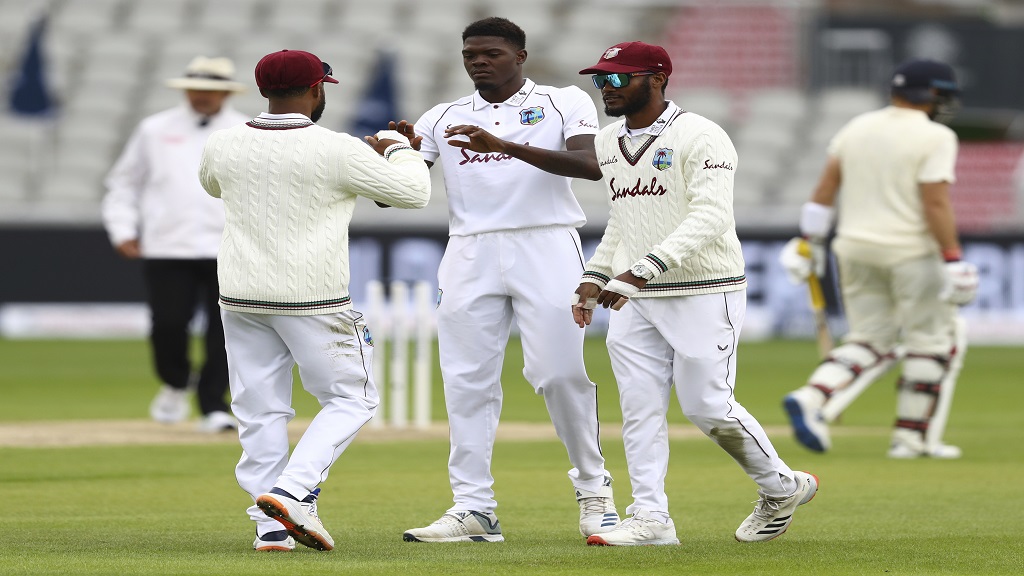 Spinner Roston Chase struck twice in two balls and Joe Root departed on 23 Thursday as England tiptoed to tea on 112-3 against the West Indies on the first day of the second Test.

Meanwhile, opener Dom Sibley’s caution was justified in the gloomy conditions leavened by floodlights at Old Trafford, as he snailed to 46 not out from 145 balls. Sibley was dropped on 44 at short leg just before tea.

That was off a delivery by Chase, whose easy offbreaks were managing to lull England into loose shots.

He removed Rory Burns with the last ball of the morning session -- England went to lunch 29-1 -- and bagged Burns’ replacement, Zac Crawley, for a duck with the first ball of the middle session.

While England changed their pace attack from the lost first Test in Southampton, the West Indies picked an unchanged XI and might have paid for it as fast bowler Shannon Gabriel left the field after only seven overs of work.

Sibley and Root remained chilled in combining for 52 until Root swished at Alzarri Joseph and a thick outside edge flew to Holder at second slip to make it 81-3. It’s the fourth time Joseph has tagged Root in tests.

Chase, with two wickets to his name, missed nabbing Sibley’s, too, when the batsman was dropped at short leg, and he conceded a six over his head in the last over to Ben Stokes.