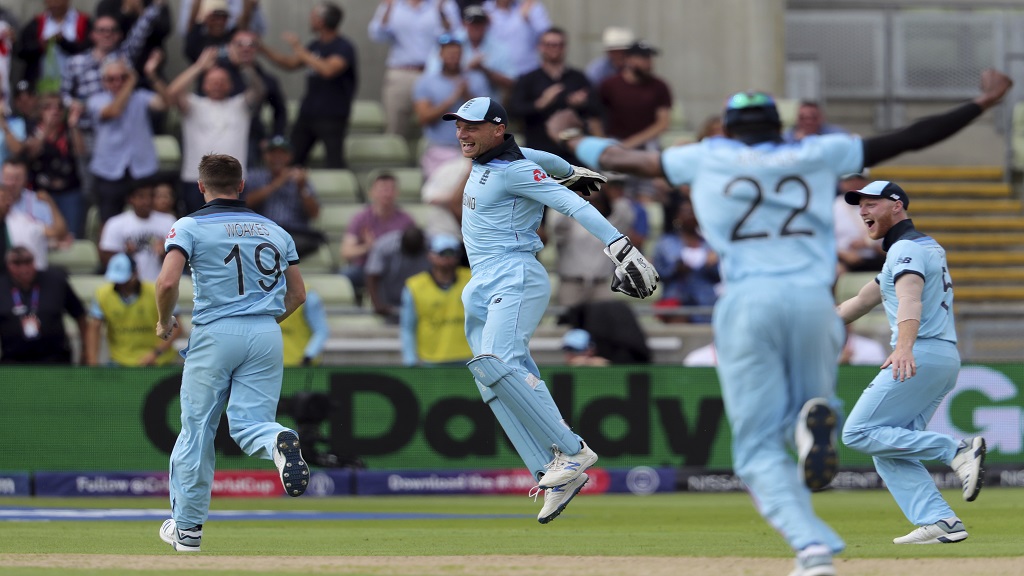 The result marks an incredible turnaround for Eoin Morgan's side, who were on the brink of elimination in the group stage until back-to-back wins over India and the Black Caps secured a semi-final showdown with Australia at Edgbaston.

And on Thursday the hosts showed exactly why they were pre-tournament favourites, dismissing Aaron Finch's men for 223 and chasing down their target with 17.5 overs to spare, thanks in large part to a swashbuckling 85 from Roy that was only ended following an incorrect call from umpire Kumar Dharmasena. 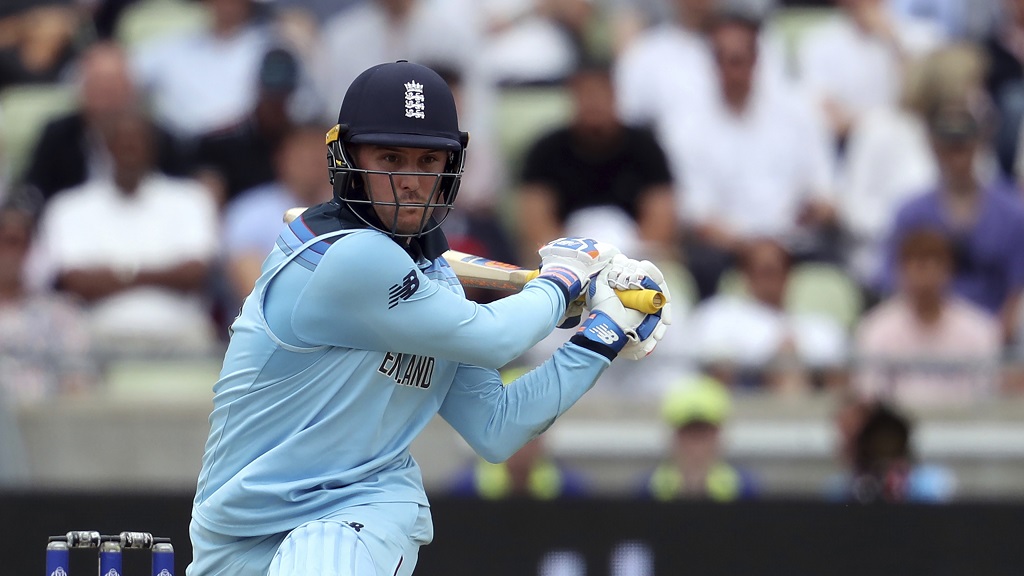 Australia won the toss and opted to bat but lost Finch, David Warner and Peter Handscomb early on before rebuilding through Steve Smith (85) and Alex Carey (46).

But England kept up the pressure, combining an excellent bowling performance with some first-rate fielding to limit the scope of the revival, taking key wickets at vital moments.

That left a strong batting line-up to take up the mantle, but only the top four were needed to get the job done, with a Lord's final – England's first in a World Cup since 1992 – up next.

England quickly set about assuaging any disappointment they may have had about being forced to bowl first, Archer and Woakes getting rid of Finch, Warner and Handscomb to leave Australia reeling at 14-3. 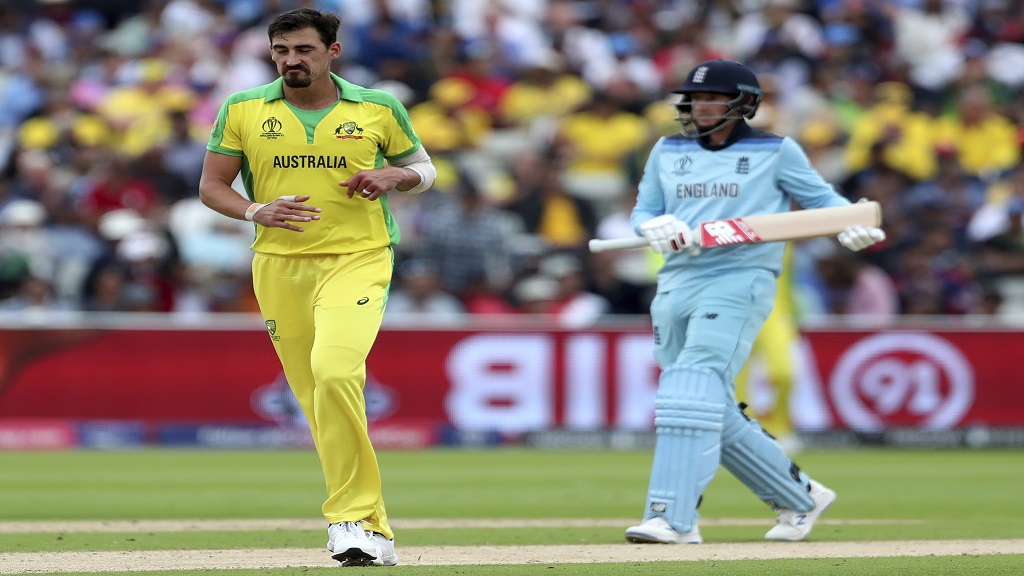 Smith and Carey's 103-run stand provided some resistance, but Rashid came to the fore in the 28th over, accounting for the latter and Marcus Stoinis.

The dangerous Glenn Maxwell fell to a slower delivery from the menacing Archer, while Rashid struck again to dismiss Pat Cummins as Root took a smart catch at first slip.

Having survived a close lbw shout, Smith's stubborn knock was curtailed when Jos Buttler expertly ran him out, while Mitchell Starc was caught behind next ball as England went on to sweep up the tail.

Just as with the ball in hand, the home side impressively set about their work with the bat, Roy and Bairstow playing with supreme confidence.

That was summed up when England sailed past the 100 mark in one expensive Smith over, for which he was hit for three consecutive sixes by the irrepressible Roy.

It may only have been the 16th over but the writing was on the wall, ensuring Starc's World Cup landmark – getting Bairstow lbw to make it a record 27th wicket at one tournament – meant little in the grand scheme of things.

Roy controversially had to walk despite clearly not hitting the ball as Carey took the catch, but ultimately it was a procession for England as Root and Morgan ensured a first win over Australia at a World Cup since 1992.

BACK FROM THE BRINK, ENGLAND NEVER LOST FAITH

The England camp seemed an anxious place after back-to-back losses to Australia and Sri Lanka left them perilously close to a humiliating exit.

But Morgan remained steadfast in his belief in the side and, inspired by the timely return of Roy to partner an ever-improving Bairstow, England did indeed turn the corner.

Consecutive wins over fellow top-four finishers India and New Zealand got England through and they clearly carried their captain's conviction into Thursday's contest.

If there were any nerves at having lost the toss, it did not show as England put the pressure on from the outset and rarely allowed it to relent. 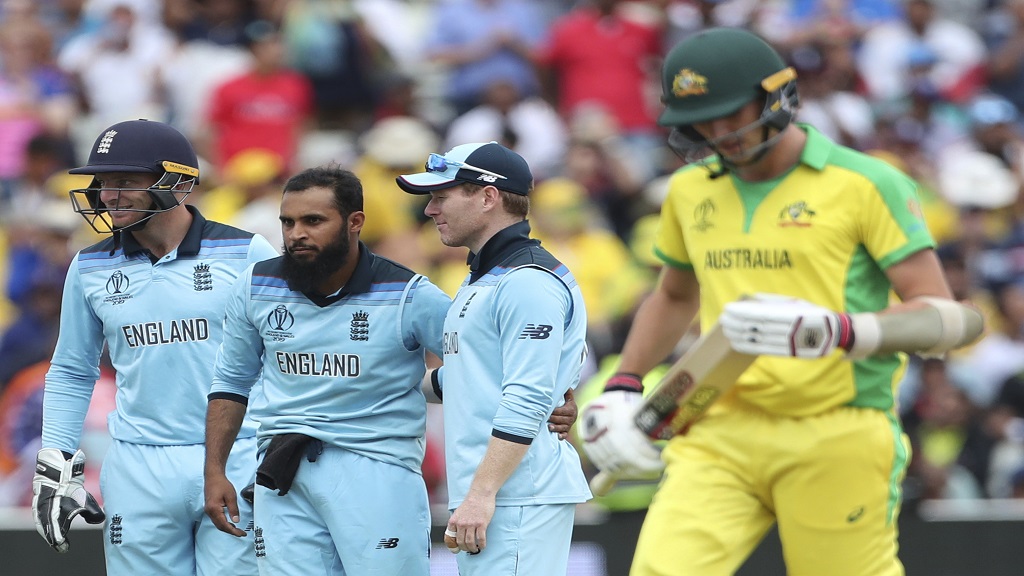 England thrashed New Zealand in the group stage just last week, Kane Williamson's side having already all but assured their spot in the semis.

Given the huge contrast in how important that match at the Riverside was to the respective sides, it is fair to suggest it will bear little resemblance to what unfolds this weekend in the capital.

New Zealand were written off against India at Old Trafford and yet were imperious with the ball, inflicting a huge shock on Virat Kohli's side.

They will again be underdogs against England but write them off at your peril. It should be a cracker.