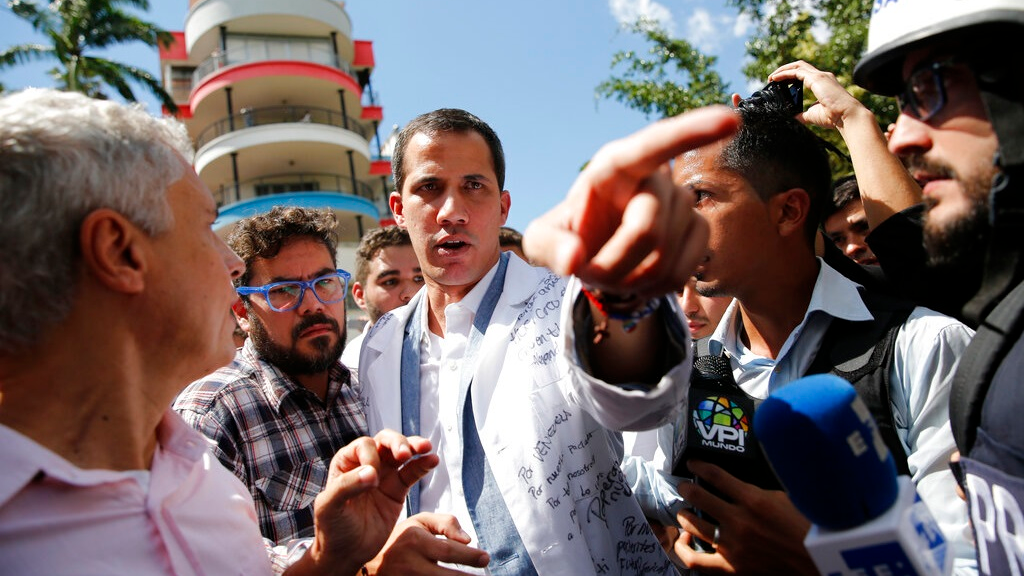 Photo: Venezuelan presidential rival Juan Guaidó. Guaidó has received the backing of the US, Canada, Australia, the UK and most recently the EU parliament as the interim president of Venezuela. The US rejected Nicolas Maduro's legitimacy after he won a second presidential term in January.

The European Union Parliament said it recognised Juan Guaidó as the interim president of Venezuela after a plenary session on Thursday.

In a statement released Thursday, the European Parliament said the decision was made to recognise Guaidó as the legitimate interim president of Venezuela in 'accordance with the Venezuelan constitution'.

MEPs urged EU Foreign Policy Chief Federica Mogherini and member states to also recognise Guaidó “as the only legitimate interim president of the country until new free, transparent and credible presidential elections can be called in order to restore democracy”.

In a resolution, adopted with 439 votes to 104 and 88 abstentions, they reiterated their full support to the National Assembly, Venezuela’s only legitimate democratic body whose powers need to be restored and respected, including the rights and safety of its members.

Following the recognition of Juan Guaidó, the statement said the EU and its member states should also recognise representatives appointed by the legitimate authorities.

Member States condemned the 'fierce repression and violence, resulting in killings and casualties' and demanded that the de facto Venezuelan authorities to halt all human rights violations, to hold those responsible for them to account, and to ensure that all fundamental freedoms and human rights are fully respected.

Member States also supported a call by United Nations Secretary-General António Guterres for an independent and full investigation to be carried out into the perpetrated killings.

They also denounced the detention of journalists covering the situation in Venezuela, among them several EU nationals, and called for their immediate release.

MEPs call on the High Representative to engage with the countries in the region and any other key actors to create a contact group, as stated in the Council conclusions of 15 October 2018, which could mediate to build an agreement to call “free, transparent and credible presidential elections based on an agreed calendar, equal conditions for all actors, transparency and international observation”.

On behalf of the EU, Federica Mogherini declared on 26 January full support to the National Assembly and called for free, transparent and credible presidential elections to be held urgently, warning that, in the absence of an announcement over the next days, “the EU will take further action, including on the issue of recognition of the country’s leadership”.

Venezuela is in a deep social, economic and democratic crisis. More than three million people have left the country and the inflation rate exceeds 1,650,000 percent.