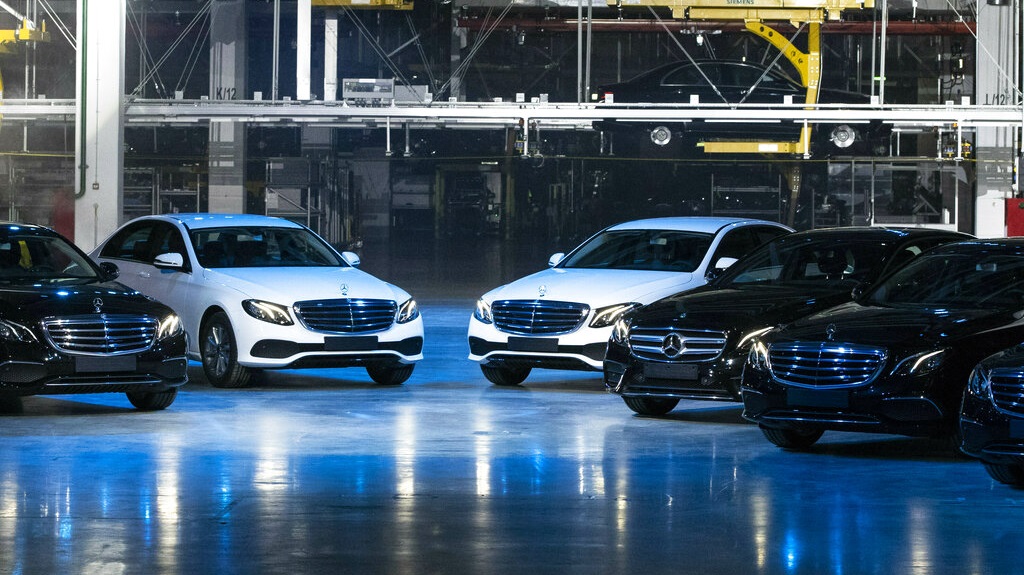 The finding adds to the car industry's woes after Volkswagen in 2015 admitted to cheating on emissions tests in the U.S., which led to a worldwide re-evaluation of how cars are tested and how to limit emissions to make air cleaner and fight climate change.

The EU antitrust regulator said that after an in-depth investigation, it found that BMW, Daimler and Volkswagen, including its Audi and Porsche units, broke EU laws from 2006 to 2014 by illegally agreeing among themselves to limit the roll-out of the technology. The technology helps eliminate nitrogen oxides, which can be harmful to human health, from both gasoline and diesel passenger cars.

The alleged actions would have limited Europeans' options for less polluting cars, but not their price. The probe is separate from other legal procedures against carmakers for allegedly breaching environmental laws or using illegal software in car engines.

EU authorities raided the offices of the three companies in October 2017 and opened their investigation in September last year.

BMW said discussions among engineers were meant to improve exhaust gas technologies and that the whole industry was aware of these talks. It said they did not involve any secret agreements or intend to hurt customers.

Daimler said it was cooperating with the EU and does not expect to receive a fine. Volkswagen said it was also cooperating and would issue a statement once it has reviewed the EU investigation.

The EU noted that its preliminary findings do not prejudge the final outcome of the investigation.

The case comes after Volkswagen admitted four years ago to using software in diesel car engines to cheat on U.S. emissions tests. It has set aside some 27.4 billion euros ($32 billion) for fines, settlements, recalls and buybacks. Former CEO Martin Winterkorn was criminally charged by U.S. authorities but cannot be extradited; Audi's division head was jailed.

Renewed scrutiny of diesel emissions revealed that cars from other automakers also showed higher diesel emissions in everyday driving than during testing, thanks in part to regulatory loopholes that let automakers turn down the emissions controls to avoid engine damage under certain conditions. The EU subsequently tightened its testing procedures.

Anti-trust fines can be steep. In 2016 and 2017 the EU Commission imposed a fine of 3.8 billion euros after it found that six truck makers had colluded on pricing, the timing of introduction of emissions technologies and the passing on of costs for emissions compliance to customers.

US gov't accuses Fiat Chrysler of cheating on emissions