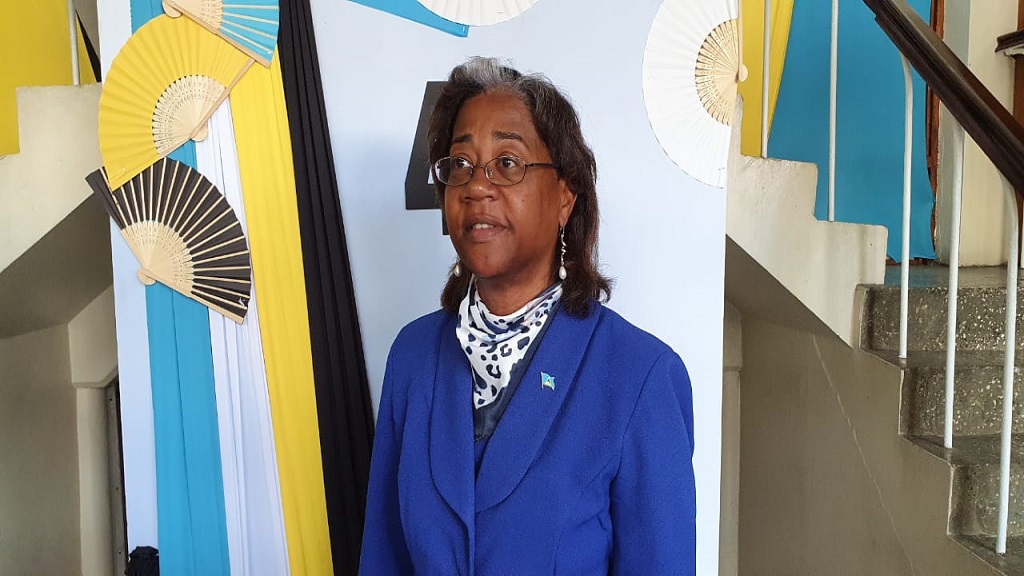 Minister of Health, Senator Mary Isaac expressed that all St Lucians, including trade unions, should fall in line during the COVID-19 pandemic.

Isaac spoke with reporters ahead of a sitting of the Senate, Thursday, May 28, 2020: "We are trying to help everybody as best as we can and I think that it is for all of us to fall in line and assist instead of just criticizing for criticizing sake."

Isaac, a former president of the Civil Service Association (CSA), was then asked if this meant that the trade unions have to fall in line regarding government's proposal to pay civil servants 50% cash and 50% bonds for a period of three months.

"Everybody, all of us have to fall in line. When I say government can take 75% of my salary, I am falling in line because I know it is necessary. When I put on this mask, when I have to keep wearing this mask, you and everybody in the country is required to wear a mask, that is falling in line.

All other countries are falling in line, their people have to and when you look at countries where the people are not falling line, that is where the cases of COVID are increasing."

A reporter challenged the minister, noting that she was at the forefront of marching regarding a 5% cut and that if knowledgeable, tenured civil servants refuse the proposal on the grounds that government had pursued bad policy, why should they fall in line?

"You are seeing what is going on in every country in the world. Based on that, you need to say for yourself, how am I going to be able to contribute to my country right now."

The minister was again challenged on whether it was poor fiscal management that led to government needing to incur further debt in order to pay salaries in April, early into the crisis.

Minister Isaac said she did not know whether government had to borrow to pay salaries for the first, second or third month: "What I know is that we are proposing a salary deferment with people accepting bonds in return for the portion of their salaries that's not going to be paid so that we can continue government projects."

At this point, reporters asked what would happen if they do not accept the bond payments, with one reporter expressing that telling public servants they must fall in line in accepting the proposal is dictatorial.

The minister then stated: "I have not said anyone should fall in line except for COVID. The COVID response requires that we must all fall in line, throughout the world, it's not just Saint Lucia."