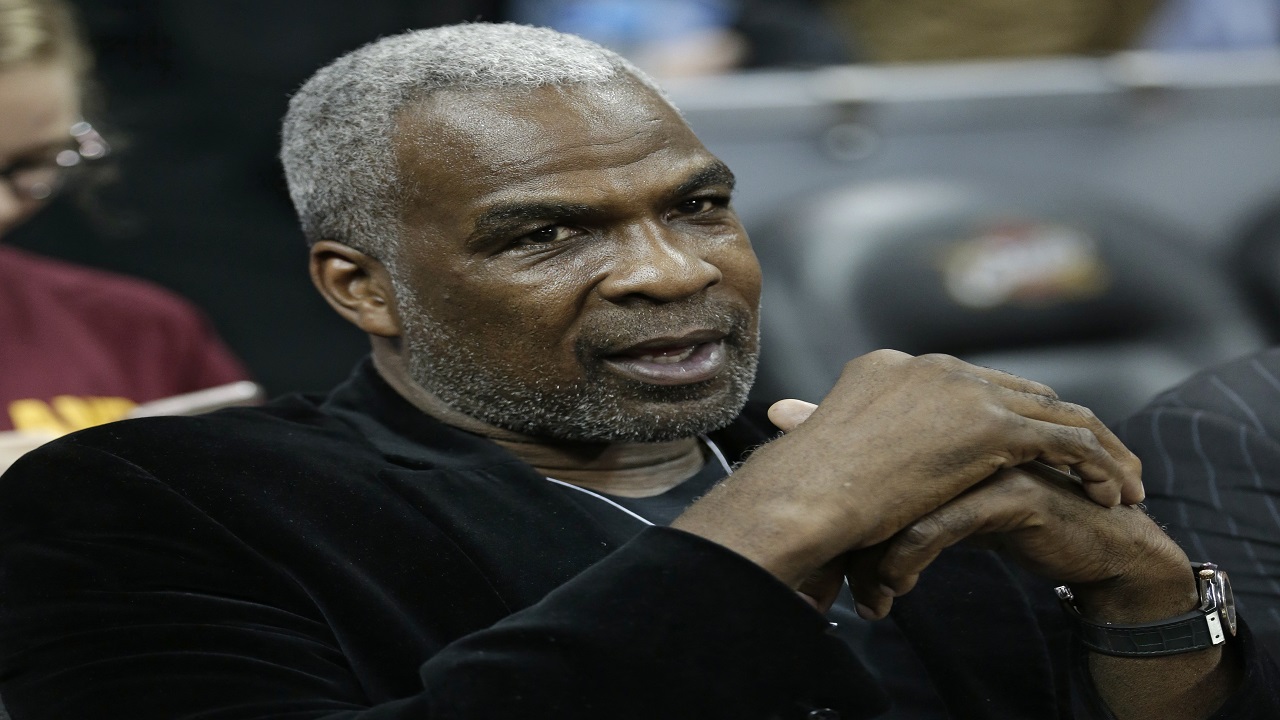 In this Feb. 23, 2017, file photo, former New York Knicks player Charles Oakley is shown before an NBA basketball game between the Knicks and the Cleveland Cavaliers, in Cleveland.

Oakley was arrested Sunday at the Cosmopolitan casino-resort on the Las Vegas Strip on suspicion of committing or attempting to commit a fraudulent act in a gaming establishment, the Nevada Gaming Control Board said in a statement. The agency said Oakley is suspected of "adding to or reducing his wager" on a game after the outcome was known.

Oakley was booked and later released from jail. The regulatory agency would not release details of the circumstances surrounding the arrest.

The Cosmopolitan said in a statement that it had "no details with regards to any alleged activity and will not comment on our guests' experience."

It was not immediately clear if Oakley has an attorney who could comment on his behalf.

The felony count carries between one and six years in prison and a $10,000 fine.

The 6-foot-8 Oakley was a rugged enforcer playing alongside Patrick Ewing and has kept his tough-guy persona long after retirement, trading barbs with former rival Charles Barkley.

Oakley played for the Knicks from 1988 to 1998, helping them become one of the top teams in the Eastern Conference. But they have been one of the worst franchises of the last 15 years, and Oakley's criticisms of the team and management has led to a strained relationship with the organization.

Last year, he was escorted from his seats at Madison Square Garden and arrested after an altercation near team owner James Dolan. He was cleared of the misdemeanor assault charges in February.

Oakley filed a lawsuit against Dolan alleging that he was the one assaulted.

Las Vegas-based attorney Adam Solinger, who is not involved in Oakley's case, said very few people end up with a felony conviction when they commit a gambling violation, unless "the cheating is more sophisticated." He said cases are sometimes resolved as misdemeanor offenses with fines.

Solinger said a casino would be well within its rights to ban a cheating patron, and other casinos who hear about the patron's actions may choose to watch that person more closely.

Curry tells LeBron's Lakers: You've still got to beat us