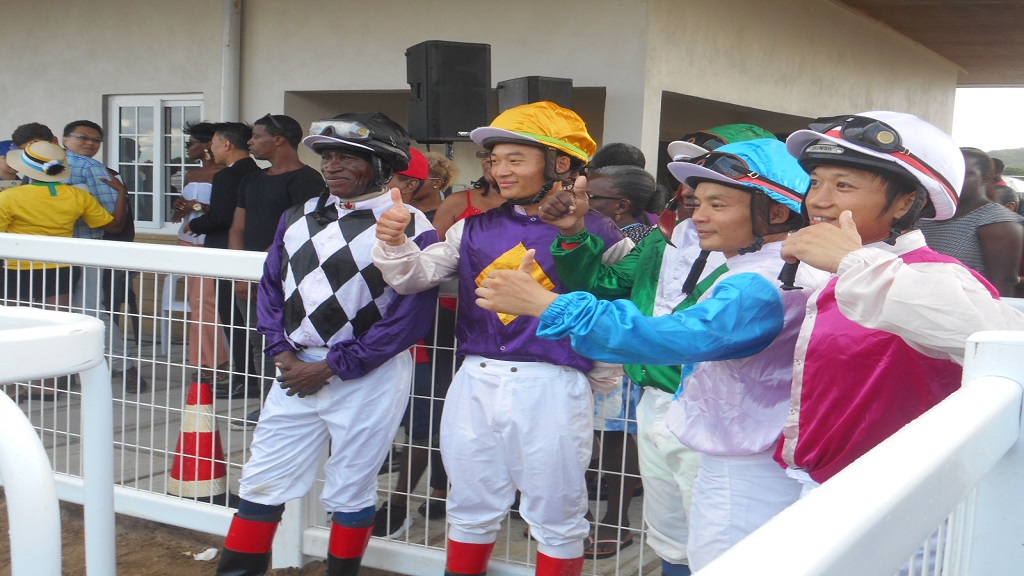 Jockeys for the trial races

The event drew hundreds of people from various parts of the island, who from all indications enjoyed every moment of the day’s proceedings.

One of the features of the event were two trial races, which comprised of five horses per race. The spectators, many of who had never seen a horse race were thrilled by it. Some have even already identified their favorite horses.

According to Eden Harrington, the executive director of the Royal Saint Lucia Turf Club, the event will give the general public an idea of what to expect on December 13, and the turf club an opportunity to test the systems.

He said it is very important that they ensure that those components are working properly, so as to make improvements if there is a need to before the official start of the races.

Harrington said the club wants to represent Saint Lucia as best as it can.

As it relates to the sale of tickets, he said it is going very well. 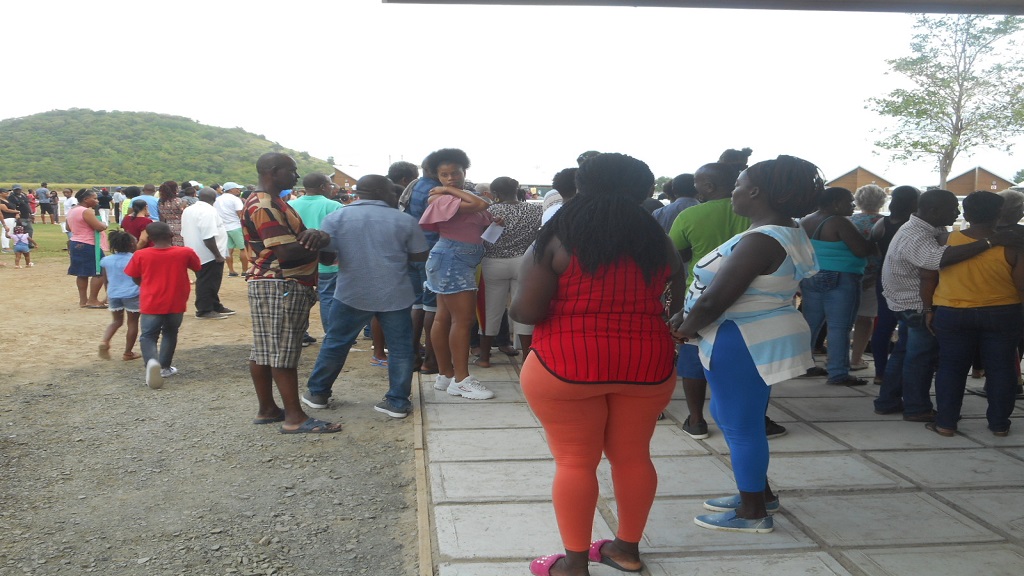 A section of the crowd at the event

Harrington said that he is anticipating a very big crowd at the event come December 13.

Commenting on the event, Augustin Victor, a resident of Castries said he was very impressed with what he saw.

“All the area here (Beausejour) was bushes…Now its developed for the betterment of the country but people are still criticizing the project,” he told Loop News.

He added when Saint Lucians travel to other countries they go to horse racing, but they don’t want it in their own country.

Robby Williams, a resident of Vieux-Fort described the event as “fun in my backyard” adding that he feels that the project will benefit the entire country.

“If the project is for the benefit of the country, let’s go for it,” Williams said.

He said the land is now in better use than it was a few years ago when it was just covered with grass and a few cows grazing on it.

Another resident of Vieux-Fort said he was so impressed with what he saw that he intends to attend all the races and even bet his money.