Explosions kill at least 207 in Sri Lanka on Easter Sunday 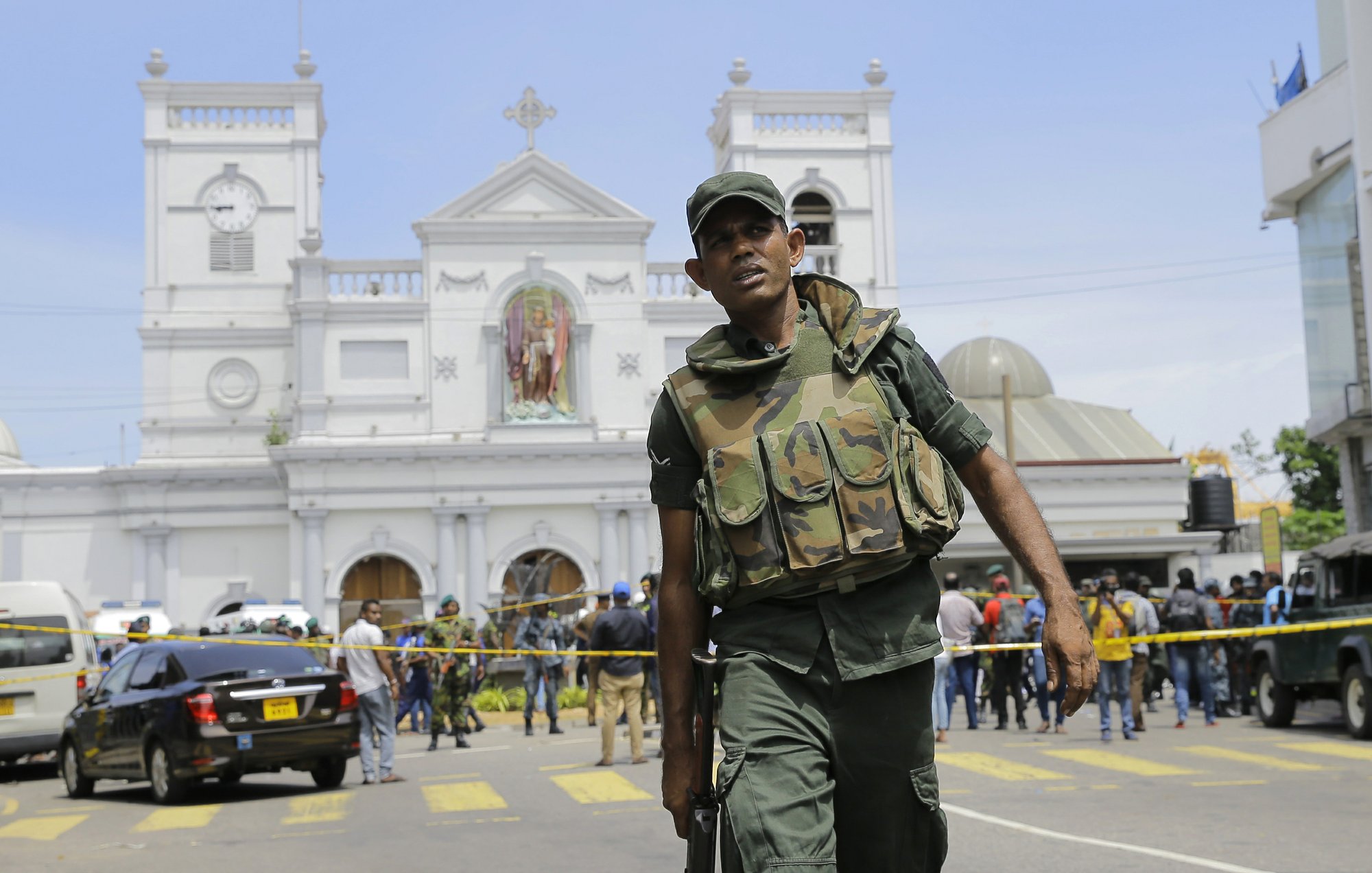 At least 207 people were killed and hundreds more injured in eight blasts that rocked churches and hotels in and just outside Sri Lanka’s capital on Easter Sunday, officials said, pitching the South Asian island nation into the worst chaos it has seen since a bloody civil war ended a decade ago.

Defense Minister Ruwan Wijewardena, who described the blasts as a terrorist attack by religious extremists, told reporters Sunday evening that seven suspects had been arrested, though no one immediately claimed responsibility for the blasts. Prime Minister Ranil Wickremesinghe said he feared the violence could trigger instability in the country and its economy.

Since the end of the nation’s 26-year civil war, in which the Tamil Tigers, a rebel group from the ethnic Tamil minority, sought independence from ethnic Sinhala Buddhist majority Sri Lanka, the country has seen sporadic ethnic and religious violence.

But the scale of Sunday’s bloodshed recalled the worst days of the war, when the Tigers and other rebels set off explosions at Sri Lanka’s Central Bank in downtown Colombo, a busy shopping mall, an important Buddhist temple and tourist hotels.

Wickremesinghe said his government would “vest all necessary powers with the defense forces” to take action against those responsible” for Sunday’s attacks, “regardless of their stature.”

The nearly simultaneous first six blasts Sunday morning toppled ceilings and blew out windows at a famous Catholic church in Colombo, the capital, and at three luxury hotels in the city. The other two occurred at St. Sebastian Catholic church in Negombo, a majority Catholic town north of Colombo where footage showed people dragging the injured out of blood-splattered pews, and at the Protestant Zion church in the eastern town of Batticaloa.

Three police officers were killed while conducting a search operation at a suspected safe house in Dematagoda, on the outskirts of Colombo, where the last of eight blasts took place.

After police moved into Dematagoda, at least two more blasts occurred, with the occupants of a safe house apparently blasting explosives to prevent arrest.

Shops were closed and streets deserted in Colombo even before the government imposed a nationwide curfew from 6 p.m. to 6 a.m.

Police spokesman Ruwan Gunasekara said 207 people were killed and 450 wounded in the blasts.

Two of the blasts were suspected to have been carried out by suicide bombers, a senior official told The Associated Press, speaking on condition of anonymity because he was not authorized to speak with reporters. Worshippers and hotel guests were among the dead, the official said.

Countries around the world condemned the attacks, and Pope Francis added an appeal at the end of his traditional Easter Sunday blessing to address the massacre.

Speaking from the loggia of St. Peter’s Basilica, Francis said, “I want to express my loving closeness to the Christian community, targeted while they were gathered in prayer, and all the victims of such cruel violence.”

“I entrust to the Lord all those who were tragically killed and pray for the injured and all those who are suffering as a result of this dramatic event,” the pope added.

Sri Lanka, a small island nation at the southern tip of India, has a long history with Christianity. Christian tradition holds that St. Thomas the Apostle visited Sri Lanka and southern India in the decades after the death of Christ.

The majority of the island’s Christians are Roman Catholic.

St. Anthony’s Shrine and the three hotels where the blasts took place are frequented by foreign tourists.

The Shangri-La’s second-floor restaurant was gutted in the blast, with the ceiling and windows blown out. Loose wires hung and tables were overturned in the blackened space.

A police magistrate was at the hotel to inspect the bodies recovered from the restaurant. From outside the police cordon, three bodies could be seen covered in white sheets.

Alex Agieleson, who was near St. Anthony’s Shrine, said buildings shook with the blast, and that a number of injured people were carried away in ambulances.

The Archbishop of Colombo, Cardinal Malcolm Ranjith, called on Sri Lanka’s government to launch a “very impartial strong inquiry” and to punish those found responsible “mercilessly because only animals can behave like that.”

New Zealand Prime Minister Jacinda Ardern condemned the “devastating” attacks, and referred to the March 15 shootings at two mosques in her country’s city of Christchurch in which 50 people died.

“New Zealand condemns all acts of terrorism and our resolve has only been strengthened by the attack on our soil,” Ardern said. “New Zealand rejects all forms of extremism and stands for freedom of religion and the right to worship safely.”

Turkish President Recep Tayyip Erdogan called the blasts “an assault on all of humanity,” while Russian President Vladimir Putin denounced them as “cruel and cynical.”

British Prime Minister Teresa May said on Twitter, “We must stand together to make sure that no one should ever have to (practice) their faith in fear.”

Foreign tourists on the Classic Sri Lankan tour hurriedly took to their cellphones to text family and loved ones around the world that they were OK after the blasts.

The group was on a 15-day tour of the tropical island nation, seeing sites including huge Buddhist monuments, tea plantations, jungle eco-lodges and famed sandy beaches.

The tour started last week in Negombo, a majority Catholic town north of Colombo where one of the blasts hit a church. It was to end in Colombo, but tour operators said the group may change its itinerary and decide to skip Colombo in light of the attacks.

As the nearest major town to the country’s main airport, Negombo is a gateway for many travelers visiting Sri Lanka. Although not among the country’s top beach destinations, it is home to plenty of hotels and resorts popular with foreign visitors.

“Having experienced the open and welcoming Sri Lanka during my last week travelling through the country, I had a sense that the country was turning the corner, and in particular those in the tourism industry were hopeful for the future,” said Peter Kelson, 41, a technology manager from Sydney. “Apart from the tragedy of the immediate victims of the bombings, I worry that these terrible events will set the country back significantly.”

Sri Lankan security forces in 2009 defeated Tamil Tiger rebels who had fought to create an independent homeland for the country’s ethnic minority Tamils. The U.N. initially estimated the death toll from 26 years of fighting to be about 100,000 but a U.N. experts’ panel later said some 45,000 ethnic Tamils may have been killed in the last months of the fighting alone.

Government troops and the Tamil Tigers were both accused of grave human rights violations, which prompted local and international calls for investigations.