Extremists charged with racism for banner aimed at Balotelli 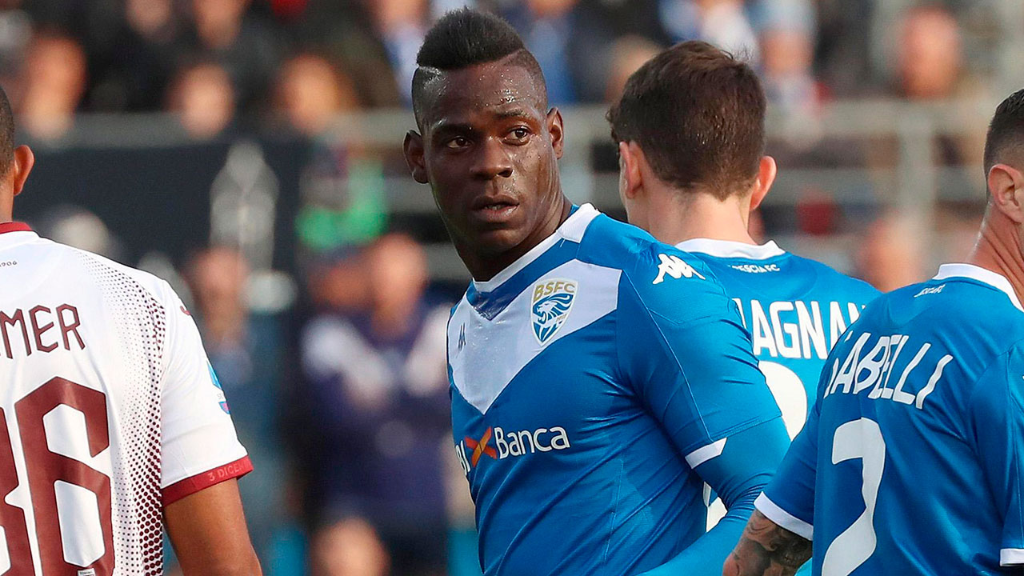 Three leaders of the extreme-right Forza Nuova political party were stopped by police Tuesday for putting up a racist banner aimed at Brescia striker Mario Balotelli.

The banner, which read "Mario you're right, you're an African," was posted on a fence outside Juventus' Allianz Stadium in Turin last month. The words "Mario" and "African" were written in red, with the other words in black.

The banner also featured a logo for the neo-fascist Forza Nuova party.

The banner was put up in the aftermath of a national debate over racism after Balotelli angrily kicked a ball into the stands out of frustration because of discriminatory chants during a game at Hellas Verona.

Balotelli, who is black, was born in Italy to Ghanaian immigrants and has represented the Italian national soccer team. He was also the subject of a racist remark by the Brescia club president recently.

"I am not saying that I am different from the other players who receive the same abuse, the same monkey noises, but the problem is that I am Italian," Balotelli said after the Verona incident.

Brescia attempt to play down 'lighten up' remark about Balotelli