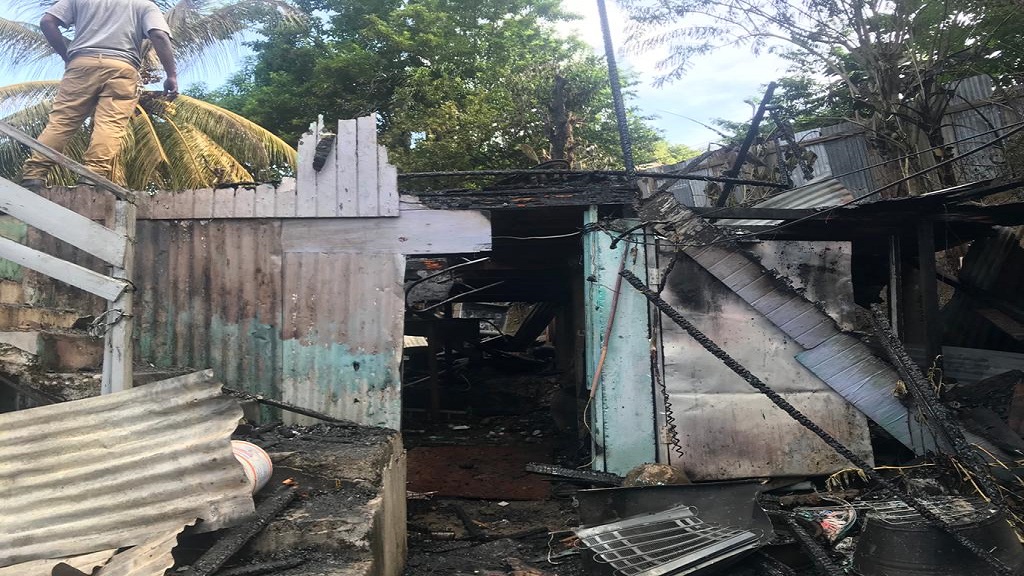 Brian Louisien, one of the occupants of the house recalled having a conversation with his neighbour outside his residence around 7 am when he was made aware that his home was on fire.

“I ran upstairs and I saw fire,” Louisien recalled, “my mom was inside…we had to take her out.”

The fire victim says everything happened so quickly and he is unaware of the origin of the blaze.

“I just saw smoke and fire, but everything was…the whole house demolished. I don’t know how it happened and it is very sad.”

He commended the Saint Lucia Fire Service, who responded quickly, and residents of the community who attempted in their own way to contain the blaze.

Had it not been for their efforts, the blaze could have spread to adjacent structures in the community.

“Just recently we cleaned there, we say Christmas coming, the house nice, proper…you know and all of a sudden this just happened.”

“But God good, God great, we will get back,” the distraught fire victim declared.

Miss Angela Antoine, who is the elder in the family, is extremely disturbed at the incident and is worried the events of the day may have a negative effect on her health.

“I am poor and I am sick. I have to go to Tapion to do a scan and the little money that I had I put it in a bag…the little money burn, the doctor papers burn, everything burn. I don’t have anything again,” the elderly victim said. 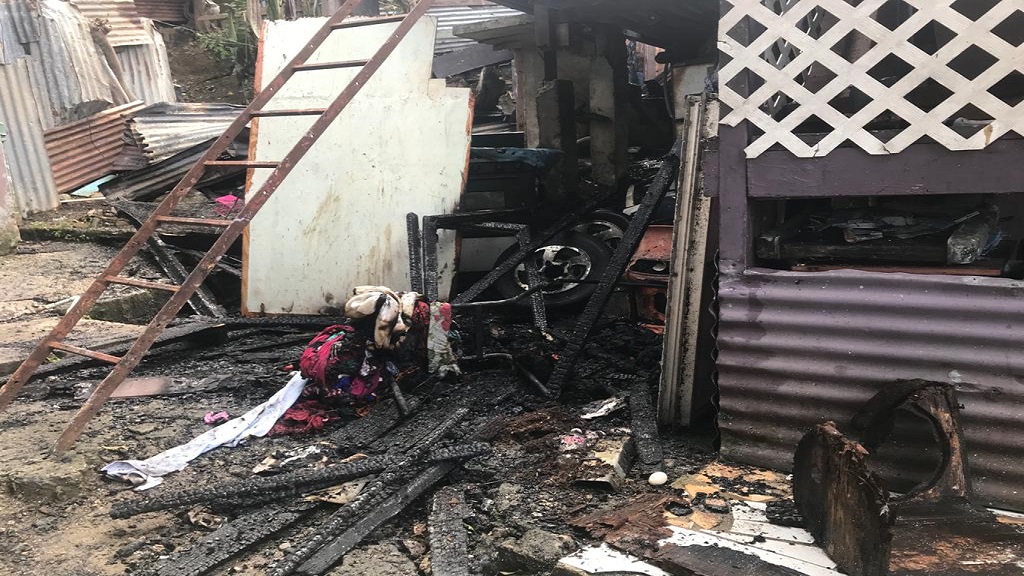 Remains of the burnt house

According to an official at the Saint Lucia Fire Service, the department responded to three fires Wednesday morning which included two structural fires and one vehicle fire.