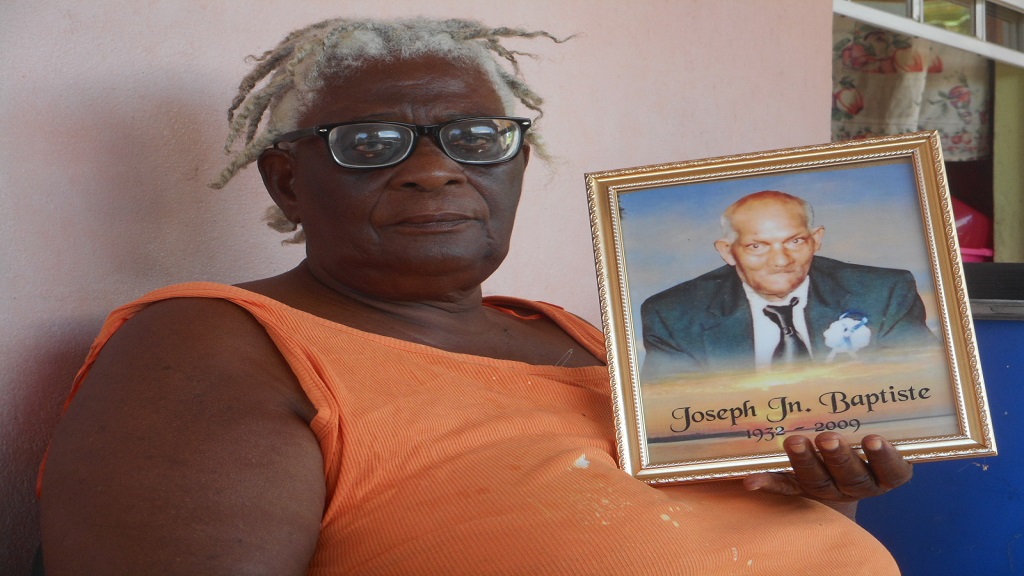 Ten years after a family member was burnt to death in the raging fire that destroyed the Saint Jude Hospital on September 9, 2009, the family of the deceased are still awaiting compensation from government.

Joseph Jn Baptiste, a resident of Pierrot, Vieux-Fort, who was at the time hospitalized at the Saint Jude Hospital due to a broken leg, met his demise along with two other patients, also from Vieux-Fort.

According to his still-grieving family, he was supposed to have been discharged from the hospital the same day of the fire but was asked to remain there for observation.

The family say they are determined to see the widow of the deceased be compensated for her husband’s untimely death, despite the challenges they are currently experiencing to see this happen.

Sherl Moffat, the granddaughter of the deceased, told Loop News that the procedure to get compensation from government is costing the family money which they don’t have.

“The attorney general asked us to get a letter from a lawyer, which we are currently working on," Moffat said.

She added that they have already contacted a local lawyer who told them that the letter will cost them $8,000.

“Why do we have to pay so much money, when the government is the one responsible for my grandfather’s death,” she asked, adding that it is not fair.

She said no one seems to care about the family’s plight.

In a telephone interview with Loop News, Peter Jn Baptiste, one of the deceased's sons who resides overseas, said the situation has left him very concerned and he is prepared to do all he can to ensure his mother be compensated for her husband’s death.

“The government is taking this thing too far…We should not have required a letter from any lawyer to be compensated for the death of my father who was at the time in the care of a public health institution,” he lamented.

He said they have already identified a local lawyer who is willing to take up the case.

Another son of the deceased, Johnson Jn Baptiste, who resides here, said one of the local lawyers who he had initially checked to fight the case had not accepted it.

The deceased wife, Felicia Jn Baptiste, said the only person who has visited her since the death of her husband ten years ago, was former Minister of Health Keith Mondesir, who at that time was serving under the current administration under which the hospital was burnt.

Efforts to reach the attorney general, Stephen Julien for comments on the matter were futile.