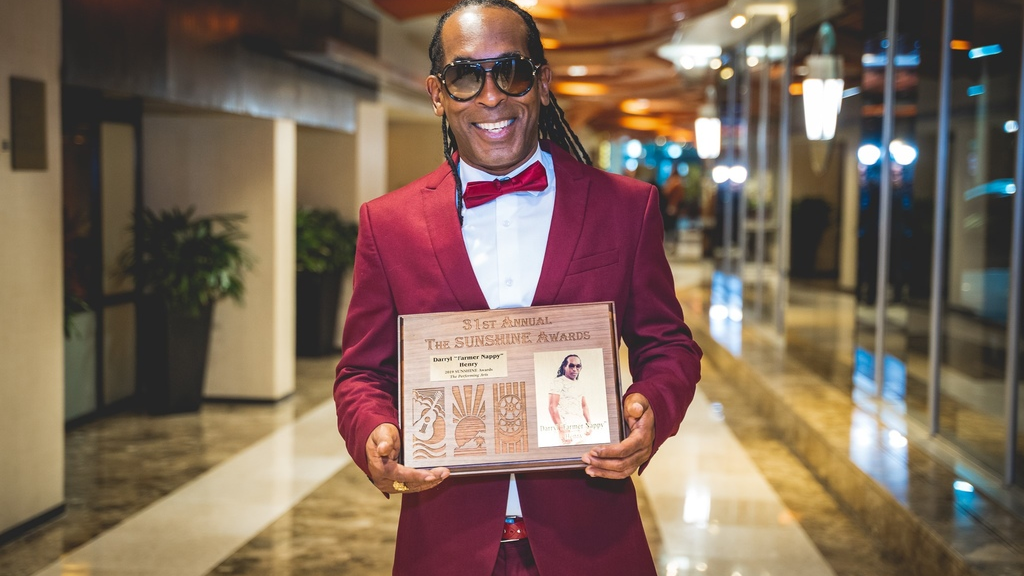 Farmer Nappy was honoured at the 31st Sunshine Awards in New York on Saturday.

Farmer Nappy has received a Sunshine Award in recognition of his long career in soca.

The singer, real name Darryl Henry, received the Lifetime Achievement Sunshine Award for his over 30 years in the industry.

He was honoured at the 31st Sunshine Awards which took place on Saturday in New York.

Nappy was among six other Caribbean people who were honoured, among them Trinidadians Albert Laveau, businessman Robert Amar, Dr Andre Cropper and Johnny Thomas.

Nappy started his career in music with the band Pranasonic Xpress led by Machel Montano. The two became friends when Montano and his family moved to Siparia. The beginning of their friendship is documented in the video for their 2019 collab "Day One'.

Nappy has earned a reputation for his storytelling in song and his consistent release of hits especially under the guidance of the Red Boyz production team fro Barbados.

He is known for hits such as 'Hooking Meh', 'Chipping Down the Road', 'Surrender', and 'Big People Party', which won the 2016 Calypso of the Year Award from the National Action Cultural Committee.

Commenting on his award on Instagram, the singer said he was honoured and humbled for the recognition.
.
"As a little boy growing up in Siparia something like this was unimaginable. There are so many people to thank for where I am today but some of the main ones are my Mother, @machelmontano @ladyelena_ @katrinachandler1 @deredboyz and all my friends and fans who supported me through all the ups and downs during my career. I tried not to cry last night but I couldn't help it."
.
.

Farmer Nappy responds to Bajan critics: My song is a clean song