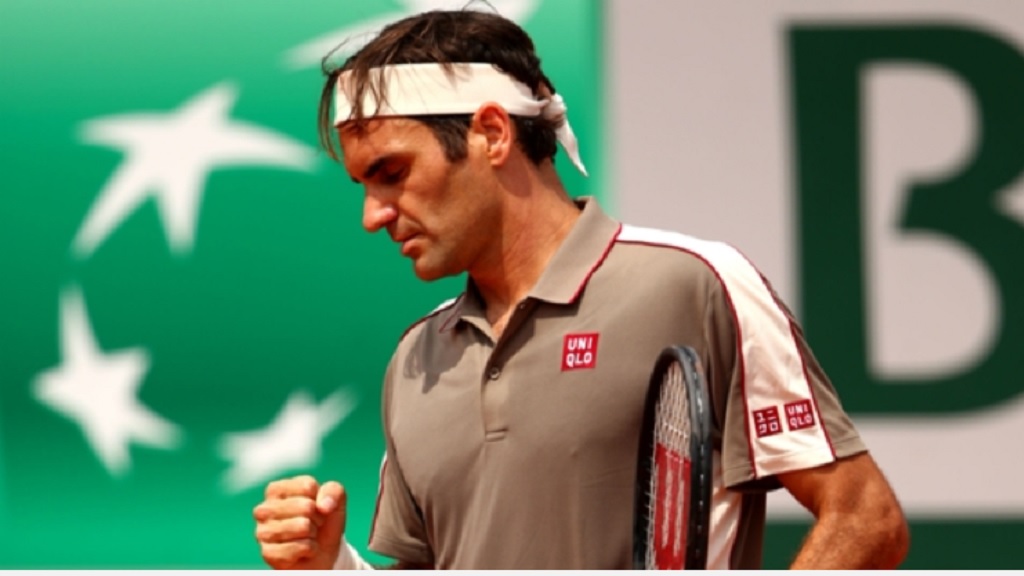 Roger Federer during his match against Stan Wawrinka.

In a battle between close friends who displayed incredible shot-making throughout, it was 37-year-old Federer, making his first appearance at Roland Garros since 2015, who won the rain-interrupted encounter to set up a mouth-watering semi-final against long-time rival and 11-time French Open champion Rafael Nadal.

In the process, the world number three became the oldest man to reach the last four in Paris in the Open era since the 40-year-old Pancho Gonzales in 1968.

Wawrinka, who spent five hours on court in a dramatic win over Stefanos Tsitsipas last time out, beat Federer at this stage en route to claiming the title in 2015, but he could not repeat the feat as his best grand slam display since returning from a pair of left knee operations 22 months ago ended.

The three-time major winner became the first player at Roland Garros this year to take a set off Federer, the 37-year-old converting just two of the 18 break points that came his way.

However, Federer, who came back from a break down in the third set, comfortably finished off the job after a delay of over an hour due to a storm when it was 3-3 in the fourth.

Wawrinka avoided starting with a drop of serve when Federer missed with a forehand and the 20-time major winner, who came out on top in a sensational 26-shot rally in game five, had seen four opportunities go begging by the time the match reached 4-3 and remained on serve.

The 2015 champion hit a pair of clean winners as he came under less pressure in his next service game and a seemingly inevitable tie-break was decided when Federer closed out after his opponent found the net with a backhand.

The third seed once more missed an opening to take back-to-back games at the start of the second set and Wawrinka punished him by breaking in the next with a sweeping cross-court forehand into the corner.

Wawrinka then staved off a pair of break points to consolidate, though he required four chances to finally restore parity.

Federer pegged the world number 28 straight back after somehow failing to get a backhand slice from the forecourt across, only for a pair of misses to see him fail to take the third set.

The 2009 champion saved two break points ahead of a second tie-break and, after he edged ahead with a sensational backhand volley to block Wawrinka's attempt to pass him down the line, there was no looking back.

Federer failed to convert another five break points before gloom and rain led to the covers coming out, but he pounced on Wawrinka's second serve to move one game away from the victory.

A stunning passing shot from Wawrinka cancelled out the first match point and Federer double faulted on his second, but the third time proved the charm with a volley at the net.

Nadal through in four against spirited Goffin