Felicity Huffman sentenced to 14 days in prison for college scandal 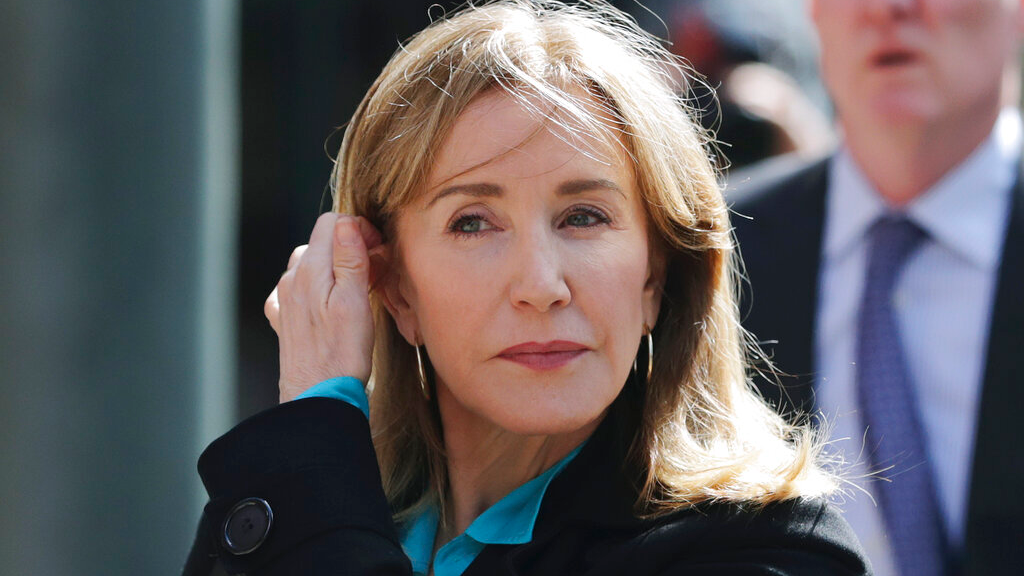 "Desperate Housewives" star Felicity Huffman says she takes full responsibility for her role in the college admissions scandal and deserves her punishment.

Huffman was stoic in court, telling US District Judge Indira Talwani she "betrayed" her daughters and her actor husband, William H. Macy.

Huffman did not speak to reports after her sentencing. She said via email: "I accept the court's decision today without reservation."

Huffman's lawyer, Martin Murphy, argued that her crimes were less serious than those of her co-defendants. Huffman pleaded guilty in May to paying an admissions consultant $15,000 to have a proctor correct her daughter's SAT exam answers in 2017.

Assistant US Attorney Eric Rosen had pushed hard for a full month's imprisonment. Rosen says there was "simply no excuse" for Huffman's actions.

Felicity Huffman, 12 other parents to plead guilty in college scheme