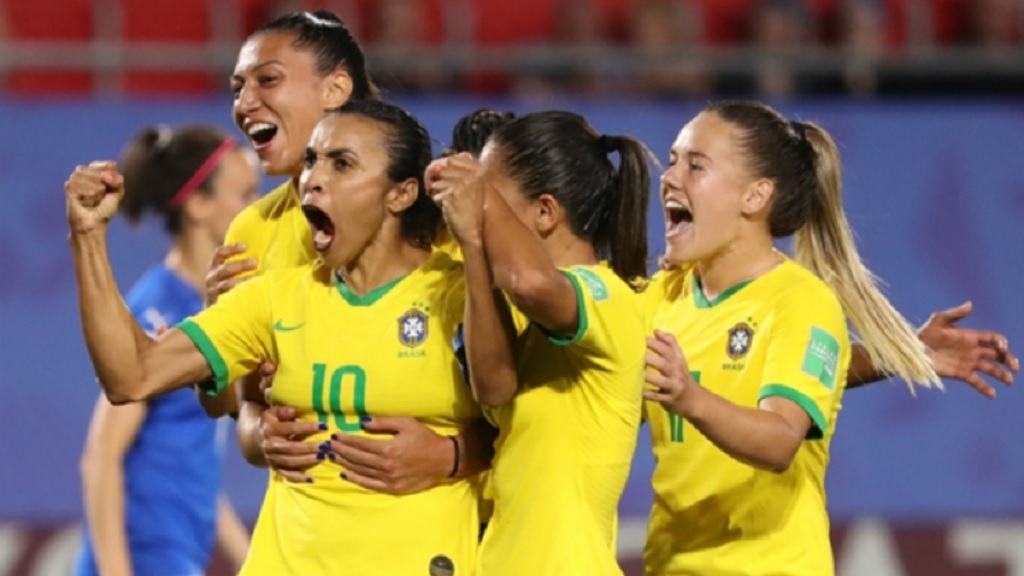 Brazil celebrate a goal by Marta at the 2019 Women's World Cup.

Brazil, Colombia and Japan will rival Australia and New Zealand for the right to host the 2023 Women's World Cup.

A joint bid from Football Federation Australia (FFA) and New Zealand Football (NZF) for the first 32-team edition of the competition was announced in Melbourne earlier on Friday.

A proposed joint bid from North and South Korea was not included in the final shortlist, with the Korea Football Association (KFA) having withdrawn their application, citing diplomatic tension between the two countries.

An assessment of the bids will now follow, which includes inspection visits to each member association, likely in January and February of next year.

The eligible bids will then be presented to the FIFA Council, which will select the host at a meeting in Addis Ababa in June 2020.

"With the FIFA Women's World Cup generating an unprecedented interest across member associations, we are ensuring that the process to select the hosts is seamless, objective, ethical and transparent.

"By the time the FIFA Council announces the hosts, there should be no doubt whatsoever as to why that choice was made."

The United States won the 2019 World Cup, beating Netherlands 2-0 in the final in Lyon to defend the trophy they claimed in 2015.

They did it! Reggae Girlz book ticket to World Cup