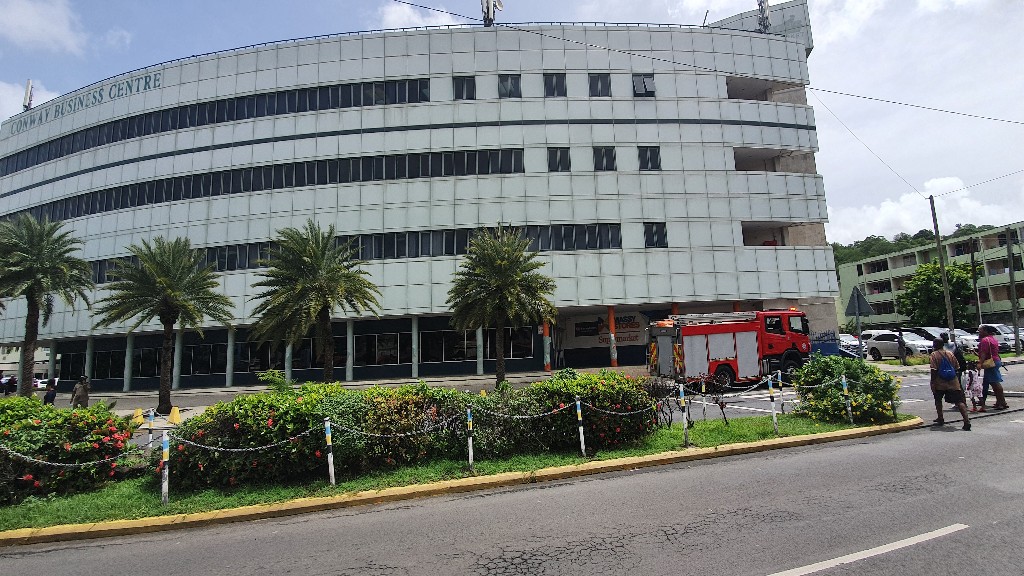 The Conway Business Centre was evacuated earlier today after a fire alarm at Massy Supermarket, located on the ground floor of the building, was triggered.

Shoppers and staffers who were in the supermarket at the time immediately evacuated the building along with several other employees of the remaining offices which operate there.

The Saint Lucia Fire Service was called to the scene and are currently on-site investigating what triggered the alarm. 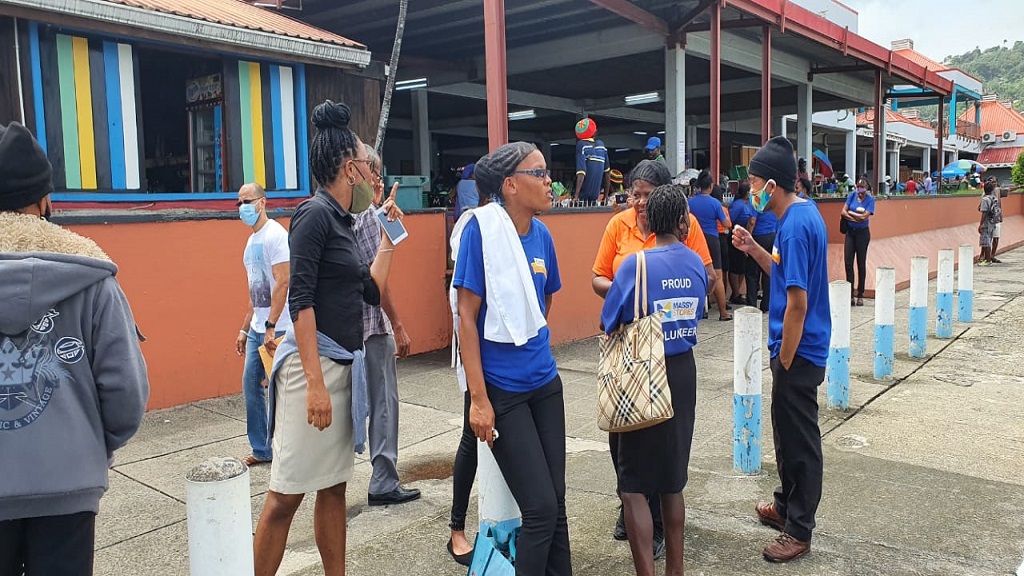 Evacuees outside the Conway Business Centre.

She added: "Information received stated that the fire alarm had gone off. The responding officers combed the area and found no sign of fire or smoke and are currently on scene awaiting the fire alarm technicians to investigate the issue."