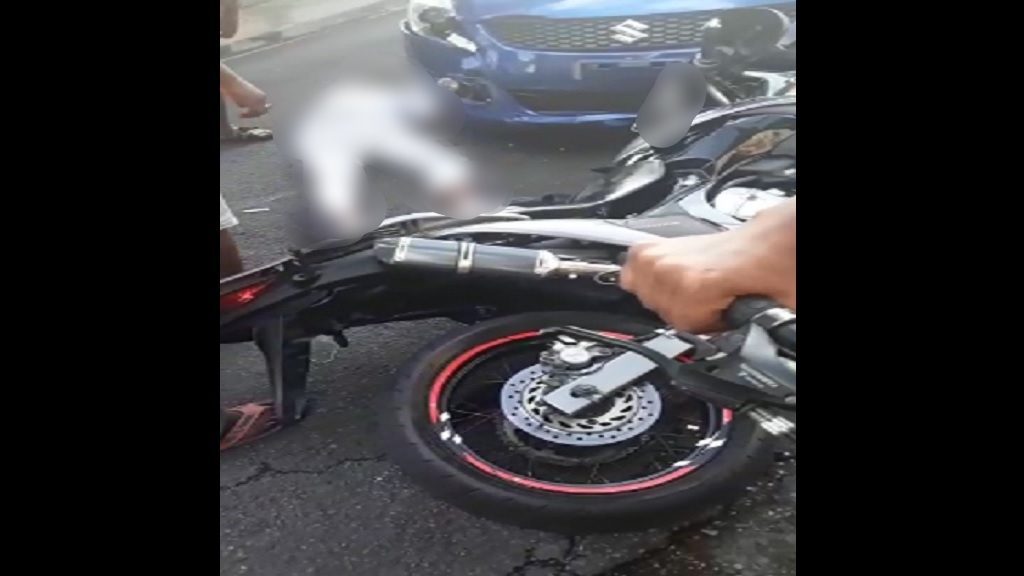 This photo is from a Marchand accident

A call is being made for mandatory first-aid training when applying for a driver's licence.

The appeal hails from the National Association of Driving Schools, (N.A.D.S) after a motorcyclist succumbed to injuries sustained following an accident earlier this week.

"This will lower the number of fatalities and injuries due to road accidents," Jean said.

34-year-old Gavin Edward was riding a motorcycle Tuesday afternoon when he collided with another vehicle along the Millennium Highway.

Edward sustained multiple fractures to his right leg which was bleeding profusely before the arrival of emergency personnel. He was transported to the Owen King EU Hospital where he succumbed to his injuries.

"That guy did not have to die. If the other guy that was with him was trained in first aid response he would have known to tie the fella leg as tight as possible using a shirt, rope, belt or anything. Then elevate the leg. Even if he had to hold up the leg his self. That would prevent all that blood loss I saw."

Jean continued: "Many people would say no. But I think they should. Because whatever incident that occurs on the road there will always be a driver or rider nearby."

The former president of NADS recalled during his stint he ensured that all driving school vehicles carry a first aid kit at all times and that the instructors were trained in first aid response.

"The more trained persons we have in society. The safer and healthier our society will be. Besides, there is no such thing as too much education," Jean observed.