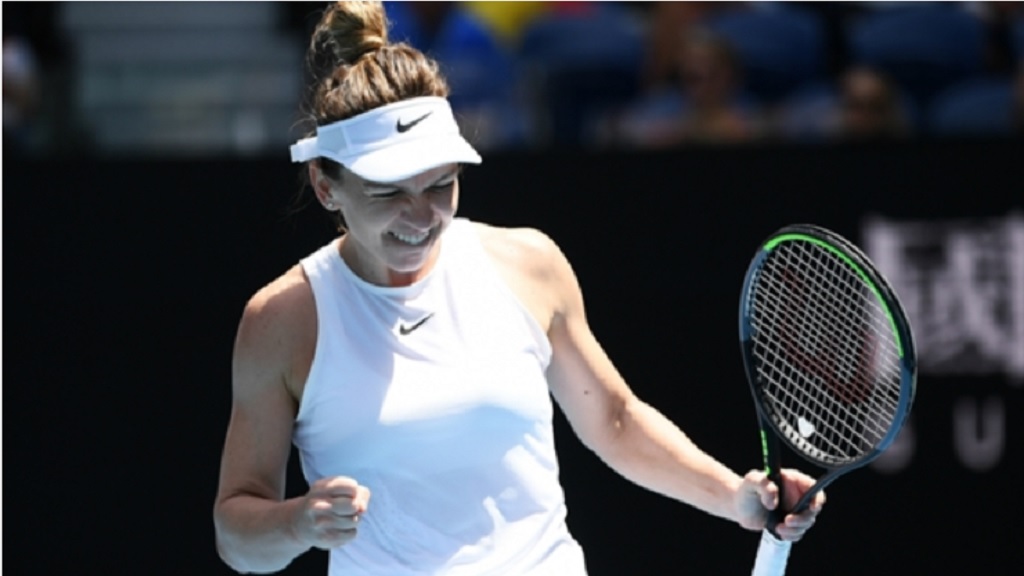 Simona Halep spent her off-season away from home for the first time so she could focus fully on 2020 and her quest for a third major title.

She's within two wins of achieving that goal already after breezing into the Australian Open semifinals with a 6-1, 6-1 win over No. 28-seeded Anett Kontaveit in 53 minutes on Wednesday.

Kontaveit held the opening game at love. From then on, it was all one way as Wimbledon champion Halep went on a relentless, 11-game roll that took the quarterfinal match away from her Estonian rival.

Halep worked for every point and strangled Kontaveit's opportunities. She only faced one break point and fended it off with a commanding forehand winner.

In the second set, Halep won the longest rally of the match — a 25-shot exchange — and then followed it up immediately with an ace on the way to 5-0 lead.

“I felt great today on court. I feel my game. I feel strong on my legs. I’ve been focused, every point," Halep said. “I worked a little bit more in the off-season. First time in my life I did the off-season away from home, so I could be focused. No days off.

“This year I’ve started very well. I’m feeling much stronger than before."

Halep reached the Australian Open final in 2018, saving match points in the third round and in the semifinals along the way, before losing in three sets to Caroline Wozniacki. That gave Wozniacki her first and only major title, and it gave Halep a lot more motivation.

She only had to wait one more Grand Slam tournament before collecting her first major title at the French Open. She won Wimbledon last year for major title No. 2.

Seeded fourth, Halep has advanced to the last four without dropping a set, and said she feels like she's playing her bet tennis.

Up next she'll face either two-time major winner Garbiñe Muguruza or No. 30 Anastasia Pavlyuchenkova, who were meeting in a quarterfinal match on Rod Laver Arena. In the top half of the draw, No. 1-ranked Ash Barty and No. 14 Sofia Kenin have already set up a semifinal.

Top-ranked Rafael Nadal is bidding for a semifinal spot Wednesday night against fifth-seeded Dominic Thiem, the man he has beaten in the last two French Open finals. Stan Wawrinka, the 2014 Australian Open champion, was taking on seventh-seeded Alexander Zverev in an afternoon match.

It's Barty time at Australian Open; local hope is into semis