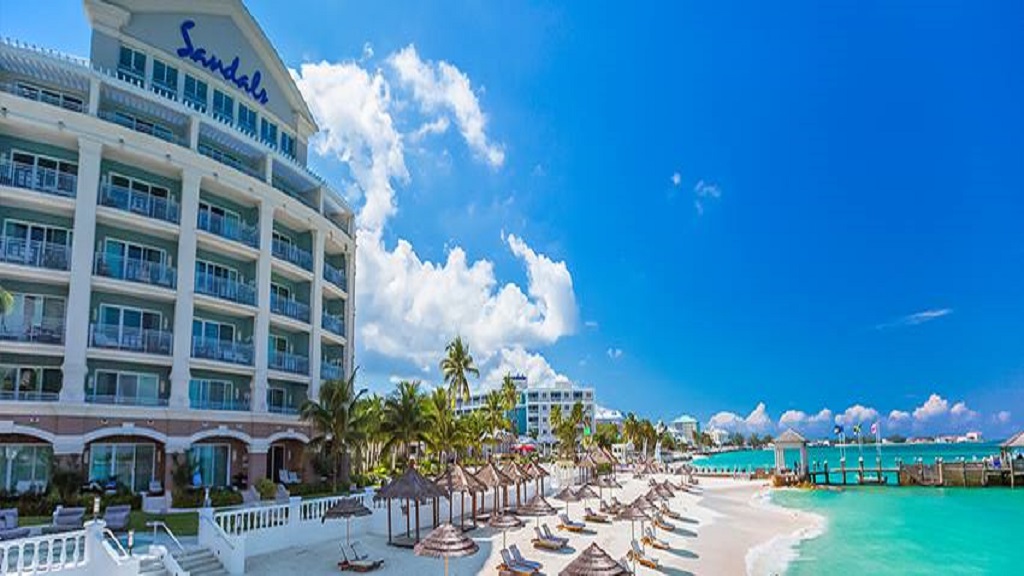 Moral Adderley, the former Sandals Butler who is accused by a New Jersey couple of sexual assault, has denied the incident and insisted he pleaded not guilty when arrested by police.

Adderley, a Bahamian citizen, was speaking on national television, after a New Jersey couple, Jeffrey Pascarella and Ashey Reid accused him of touching Reid inappropriately in their room at Sandals Royal Bahamian the night before their wedding, filing a US$30 million lawsuit against Sandals in the Manhattan Supreme Court.

The incident was alleged to have occurred in 2016, even though the couple said they went ahead with their nuptials the next day because of the number of guests who were invited and ‘we couldn’t disappoint them.”

Adderley has now sought to tell his side of the story saying he was tired of Pascarella and Reid ‘slandering’ his character all over the world in an apparent ‘get-rich-quick’ scheme.

According to Adderley, it all started the night before the 2016 wedding when the couple decided to have a pool party with some of their guests. The partying and drinking he recalled went well into the night, up to 1 A.M.

At that point, the Butler said the couple indicated that they wanted to retire, and Jeffery asked Adderley to bring some water to their room which he did. He said it was the man who let him into the room, and then went to the bathroom area.

Adderley remembered chatting with Reid and asking her if she was happy getting married the following day, to which she replied she was. Before leaving the room the Butler said he asked for the breakfast order, not the next morning as the couple have been alleging. Adderley claims she did place an order, and after she did she turned to him and said, ‘Moral you’re the best, can I have a hug before you go?”

Adderley said it was while complying with the request for a hug by Reid, her husband walked out of the bathroom area, and thinking nothing of it, he proceeded to ask the gentleman for his breakfast order as well. The response was simply ‘sure’.

Asked by the host of the show whether there was an unusual reaction from the husband or heated exchange of words Adderley claimed, ‘never, never, never,” adding that Pascarella was the one who actually let him out of the room.

Adderley claims it was only later while in the Butler lounge that he heard a commotion outside and investigated to find Pascarella standing there and he asked him whether everything was ok.

He said at that point the guest told him everything was not, in fact, ok, and said his wife told him Adderley had touched her butt. The Butler denied the allegation, and shortly after this the Night Manager intervened and he was sent home. The couple has alleged that they were ‘interrogated by Sandals staff for three hours”.

Thinking that there was some misunderstanding, the next morning Adderley, as was normal, did, in fact, call the phone that is assigned to all Butler guests (not Reid’s personal phone) to inform the couple that breakfast was on the way. He said Reid answered. Shortly after that Adderley said he was called in by the General Manager, and recounted to him what happened the night before.

At that point, the Butler said the General Manager immediately informed him that he had to proceed to the Cable Beach police station and make a report because the matter had been reported to the police. This is contrary to what the New Jersey couple has been alleging in their action, that Sandals was trying to avoid involving the authorities. Adderley was later informed that he had been terminated, and was arrested at the police station.

The Butler is in fact upset with Sandals for acting so swiftly which led to his arrest and eventual termination, however a statement issued last week by the company indicates that one of its response protocols to allegations of sexual harassment or assault is to ‘immediately contact law enforcement so that our guest may report the criminal conduct to authorities and a police investigation may immediately ensue.” Interestingly the couple has been quoted in the Detroit Free Press as saying “The entire time we were demanding the police be called …they weren’t acknowledging our point. We wanted him arrested and charged”.

But as he recounted his experience to Bahamas TV, Adderley told them that he was in fact arrested and charged, and pleaded not guilty initially. The Butler claims he changed his plea to guilty after the Deputy Magistrate Subusola Swain informed him that he would have to be remanded to prison for three months until the case came up because of the nature of the allegations, and she could not have given him bail even if she wanted to.

Pointing out that he was the sole provider for his family – a wife and daughter - and that he himself had only been married three months earlier, Adderley said he was also preparing for his father’s memorial, because at that same time his dad passed away and was wrongly cremated at the hospital without the family seeing the body; a story which ironically aired on Bahamas media.

Almost breaking into tears at this point of the interview, Adderley said it was this perfect storm of circumstances that compelled him to ask the Magistrate what would happen if he were to change his plea to guilty.

She told him it would go on his record, and he would have to pay a fine of $1,500 to the crown and that would be the end of the matter. Adderley said his family told him not to change his plea, but to avoid jail time, the former Butler did eventually plead guilty.

Two years later he regrets that decision, now looking at his image being published all over the international media as a result with the allegations being levelled by the New Jersey couple; Adderley told the host that he would give anything to go back in time and fight the matter right there and then. In fact Adderley confessed that it was probably this action, of him changing his plea, that has empowered the New Jersey couple to try and sue Sandals for such a huge sum of money.

Adderley said he wants to set the record straight for his family’s sake, and especially for his young daughter, who has had to go through a torturous time since this story broke. He told the host that both he and his wife have been getting threatening phone calls at all hours of the night from people they don’t even know.

The former butler also knocked the media who have carried the story accusing them of embarking on a witch hunt rather than trying to get to the truth of the matter, and also had a message for Ashley Reid, the woman who has accused him to touching her, “One day the truth is going to come out, and one day I will have my innocence back and people will finally see me for who I am, and (you) for who you really are.”

Alleged Riu rapist charged with a string of serious offences